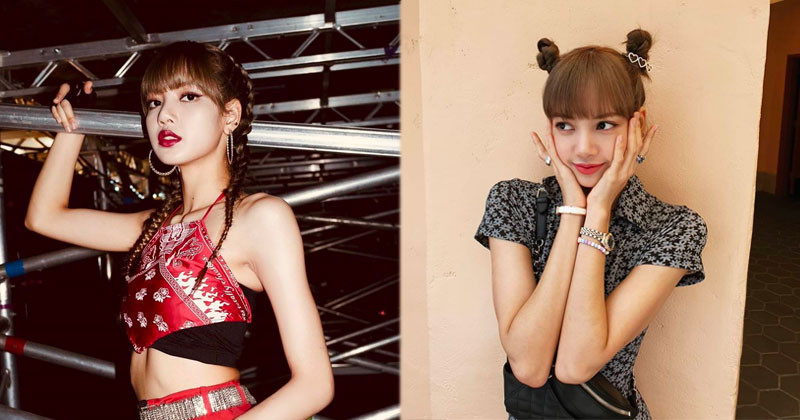 BLACKPINK member Lisa is one of the most admired K-pop artists today because of her impressive talent in dancing and rapping. Besides being one of the stars with the most beautiful face, BLINKs have also been admiring the Thai beauty because of her fashion choices.

From casual to elevated ensembles, here's how Lisa stays chic with some of her fashion staples. Keep on reading to know more details about this gorgeous and fashionable BLACKPINK member.

There is no denying that BLACKPINK member Lisa enjoys donning anything comfy yet chic. As a matter of fact, the "How You Like That" singer has been seen wearing crewneck sweaters whether she is off to practice dancing or headed to somewhere. She puts a little twist on it by simply tucking the top in a pair of jeans.

During the cold season, Lisa is often sighted keeping warm in cozy materials such as fleece and wool knit. The BLACKPINK member was spotted sporting a shearling jacket over a basic t-shirt. The "Lovesick Girls" songstress usually chooses a pair of jeans or sweatpants to complete her cold season ensemble.

Most, if not all, BLINKs are aware how BLACKPINK member Lisa loves cropped jackets. The Thai rapper even endorsed CELINE's Chasseur jacket, which is shorter than the typical jacket and comes just beneath the waistline. The "BOOMBAYAH" singer was seen styling this piece of clothing with dresses, denim and baggy trousers.

Another essential item in Lisa's closet is the washed denim jeans. The BLACKPINK member, usually, pairs denim with an oversized T-shirt, a cropped top, or even blazers. This fashion item also looks good with huge hoodies.

For accessories, BLACKPINK member Lisa usually uses pendant necklaces to complete her look. The K-pop star elevates her everyday look by accessorizing with jewelry pieces with designs that can be worn with both formal and casual outfits. The "Whistle" singer also loves wearing belt bags to keep things convenient and practical.

Meanwhile, many fans continue to believe that YG Entertainment is treating Lisa unfairly. Some BLINKs think that the agency is not doing anything amid the reports claiming that the BLACKPINK member has been receiving death threats.

The news broke in May 2020 after avid followers of BLACKPINK Lisa expressed their worry when their idol got multiple death threats at the time. The Thai Embassy in Seoul City, South Korea, even confirmed and posted on its official Twitter account, saying that the good office, indeed, got a lot of emails and Twitter messages about a personal threat to the "Playing with Fire" singer.

Not only that, Lisa has also become a target of hateful online comments after BLACKPINK graced the red carpet at the 33rd Golden Disc Awards. Critics claimed that Lisa appears so different from Jennie, Jisoo and Rosé as she is the only non-Korean member of th group.

As a response to all the criticisms about the idol's appearance and ethnic background, BLINKs trended the hashtag #RespectLisa on Twitter to show their outpouring love and support to the K-pop idol. They have, also, been tweeting the hashtag #YGShouldTreatLisaBtter, especially ahead of her 24th birthday on Saturday, March 27, 2021. The agency has yet to comment on BLINKs' concerns.