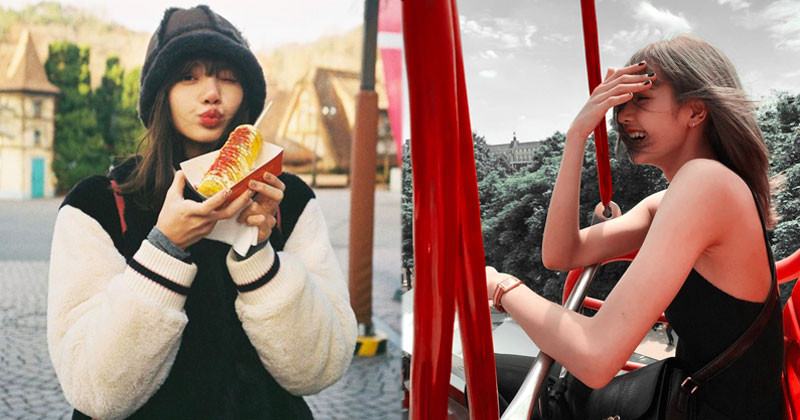 She also told fans, “Love and just be yourself.”

BLACKPINK Rosé, Lisa, IU and More: Who Will Claim As "SOLO QUEEN" in 2021?With today's top singers heralding their solo comebacks and debuts -- Chung Ha, IU, HyunA, BLACKPINK Rosé and Lisa -- the attention of music fans are focused on who will be the "solo queen" of the year who will mark the biggest impact on the K-pop industry with their releases.Here's the Powerful Comeback/Debut Lineup of Female Stars This 2021.1. Chung HaChung Ha, who delayed her comeback last year after testing positive with coronavirus, announced her full recovery and is now ready to drop another bop.

On Jan. 19, she will release a pre-release single "X.," while her first full-length album "Querencia" will be kicking off on February 15.Chung Ha had a solid reputation in the K-pop industry as one of the best performing solo female artist, who is also not afraid to venture on colorful musical attempts. Thus, fans are curious if what aspect will she show in this album that is unique to viewers and listeners.2. IUThe "Nation's Sweetheart" is also preparing for another musical reset following her hit tracks, "Blueming," and "eight ft. and prod. by BTS Suga."This Jan. 27, the idol-actress will drop the pre-release track ahead of her new album, whose release date is still kept under wraps.In particular, K-pop enthusiasts are truly excited for her new music release as this is IU's full-length album in three years after "Palette," released in 2017.Meanwhile, Edam Entertainment, IU's agency, teased music fans as they said that it is IU's first genre of music that she tries with bright and cheerful pop sounds that can be a boost to listeners.>>> See more: IU Announces Comeback With 5th Full-length Album, Pre-releases Song On January 273. Hyun AConsidered one of the "Sexy Queens" of K-pop, HyunA is also making her return to the music scene. Initially, she was going to come back last year but due to her health condition, it was moved this year.Indeed, the long wait is over as HyunA will be the first artist of P NATION to release a new album!Recently, the "COMING UP NEXT" leaflet posted by Psy contained HyunA's photos that hinted at her upcoming release. In the photos, her unique aura and eyes in colorful backgrounds along with her hip styling intrigued fans.Regardless of the kind of music, she will drop, HyunA will surely not disappoint!4. BLACKPINK Rosé and Lisa BLACKPINK Lisa and Rosé are preparing for their respective, long-awaited solo debut!Previously, YG Entertainment confirmed that they will have their individual release, and announced as well that they recently finished the MV filming.Though they are under the same group, there are different kinds of anticipation that fans are giving to the idols.In particular, Rosé is the main vocalist of BLACKPINK, while Lisa is the main dancer. It is picking fans' interest if they will both focus on their strengths, or experiment on their other abilities.Rosé rapping? Lisa singing? Who knows? We're all for it nevertheless!
Save
Facebook Twitter Link