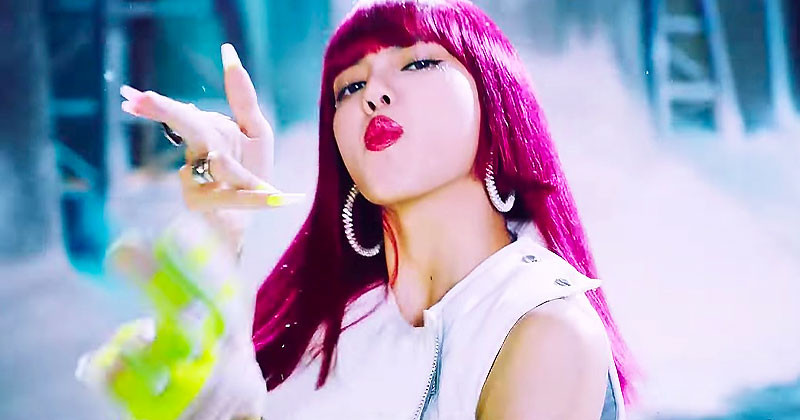 What is the history behind this style of Lisa?

If you’ve been paying attention to Instagram lately, you may have noticed an unusual hairstyle trend hitting your feeds – no, not mullets. We’re talking about the hime haircut – where long, straight tresses are juxtaposed with blunt chunks of hair that frame the face (fringe optional).

Also known as the “jaw-drop haircut”, the hairstyle has recently been popularized by K-pop idols like Lisa (who sported the look in Blackpink’s How You Like That controversial music video) and Twice Momo (who debuted her cut with a set of full fringe and layers), to name a few.

Though it’s one of the more out-there hair trends we’ve seen, its appeal is clear – the face-framing ledge of hair works to slim the jawline and the face while adding an element of versatility to everyday styling.

The heritage of the cut probably has something to do with its allure too. Meaning “princess” in Japanese, the hime cut is named after the noblewomen who are widely thought to have popularized the style during Japan’s Heian period (AD794-1185).

The cut as we know it is thought to be a hybrid of two hairstyles from the era. The first, amasogi, is described to be shoulder-length hair; think of it as an ancient lob, or long bob. Secondly, some noblewomen would grow their hair out for their entire lives, only cutting the sections around their ears during a coming-of-age ceremony (when a lady turned 20) called binsogi. The two practices together resulted in the hime cut.

Above is a portrait of a Japanese Heian era woman with a hime cut.

The hime cut’s appearance in pop culture doesn’t begin and end with K-pop, though. The cut was actually initially popularised in Japan back in the 70s, when Japanese idol, singer and actress Megumi Asaoka took the princess cut as her trademark.

In fact, the hime cut even made its way across the pond for a hot moment in the 70s – just check out the inimitable Cher wearing a pretty faithful adaptation of the look!

And if you’re an avid anime fan, chances are that you’ve probably spotted the cut on some of your favorite leading ladies. Take Yumeko Jabami from Kakegurui or Boa Hancock from One Piece, for instance.

Many subcultures have adopted the style too, including gothic lolita, which first gained popularity in Harajuku, Shibuya in Tokyo.

Do you want to try this haircut style?

I’m finally turning 24 today!??
Unfortunately, I couldn’t be with my family this year. But I’m so lucky that I can still celebrate this together with you guys, Blinks?
Thank you for making my birthday so special every year ?
Thanks for all the wishes