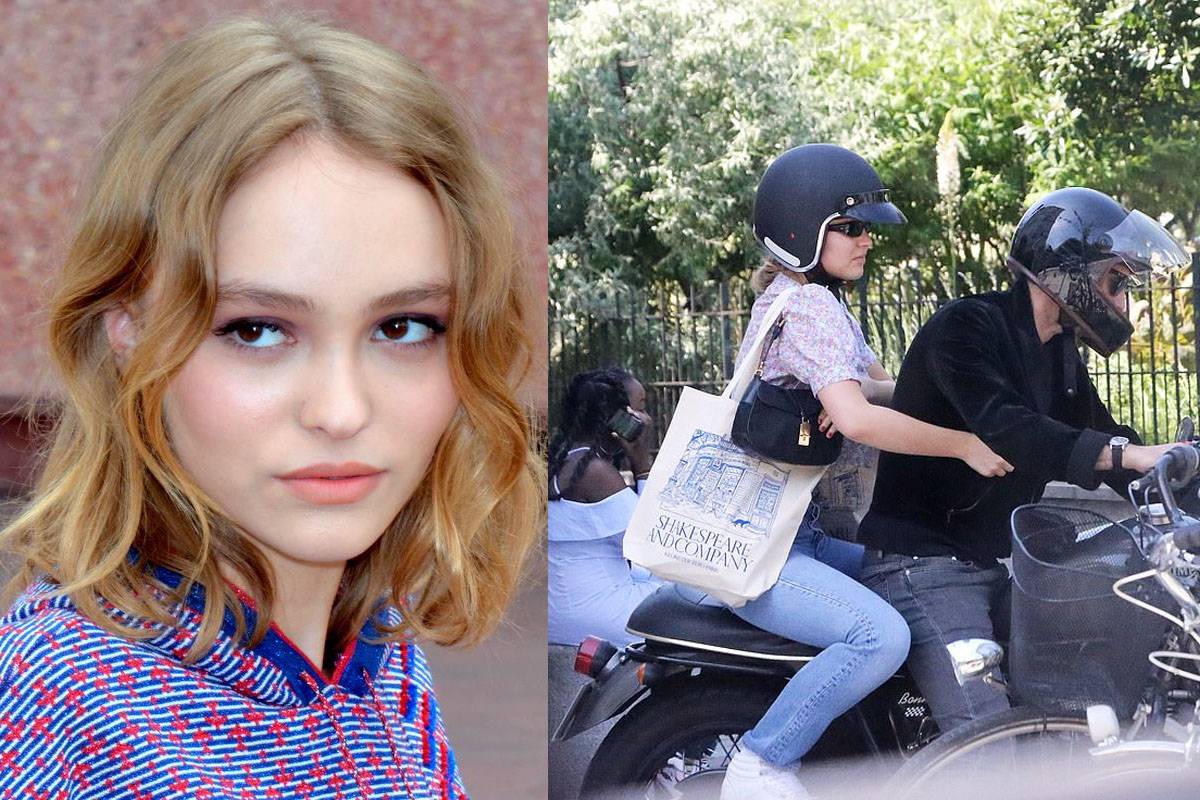 She is isolating with her family in Paris. And Lily-Rose Depp was celebrating her 21st birthday amid the global pandemi...

She is isolating with her family in Paris. And Lily-Rose Depp was celebrating her 21st birthday amid the global pandemic on Wednesday as she enjoyed a ride on her stepfather Samuel Benchetrit's bike.

The French-born actress and model was every inch the biker chick as she rode on the back of the motor in a protective helmet and stylish sunglasses while her mum Vanessa Paradis' husband, 46, was in biker-appropriate all-black.

Lily-Rose and her brother Jack are the children of award-winning actor Johnny Depp and singer Vanessa, who dated from 1998 until 2012. They are currently staying in their mother's native country, alongside Vanessa, 47, and her writer husband Samuel, 46, who she wed in 2018.

While celebrating her 21st, she stepped out with her stepfather on his bike just a day after she was seen with her mum, Jack and his girlfriend Camille Jansen.

In the romance department, Lily split from her boyfriend, actor Timothee Chalamet, 24, after one year of dating last month. The pair were last spotted together in late October during a dinner date in Los Angeles.

A source told Us Weekly the duo had officially called time on their relationship and were considering themselves single.

The Lady Bird actor, who met the celebrity offspring on the set of Netflix's The King, was noted as being "single" in his British Vogue May 2020 feature.

Away from her love life, last year Lily-Rose praised her famous parents for her lenient upbringing as she discussed following in their acting footsteps.

The only daughter of Johnny and Vanessa, shed light on being a celebrity offspring as she insisted "there wasn't anything to rebel against' because her high-profile mother and father 'weren't very strict".

Actress Lily-Rose - who recently starred in The King and is currently a brand ambassador for Chanel - also spoke about the importance of maintaining a "private" personal life and how she prefers to "stay at home" over partying at clubs.

Vanessa and award-winning thespian Johnny, 56, were in a long-term relationship and remain friends to this day since their 2006 split.

The Joe le taxi hitmaker met Samuelin in 2016 while shooting his fifth film, Dog, before their 2018 wedding, while Johnny's divorce from Amber Heard was finalised in 2017, after claiming he had been "verbally and physically" abusive towards her.