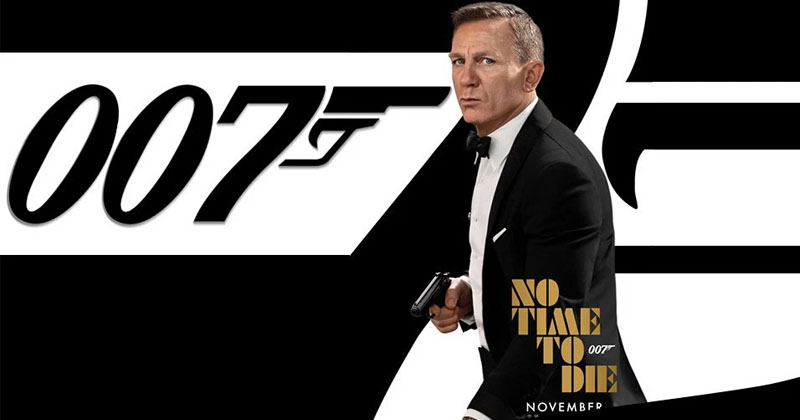 In the latest news, the sequel to the James Bond and Fast &amp; Furious series again announced the postponement....

In the latest news, the sequel to the James Bond and Fast & Furious series again announced the postponement.

No Time To Die, the 25th film of the legendary James Bond spy franchise, was delayed by a year from its original release schedule. According to the latest information from the publisher, the movie will be released on April 2, 2021.

April 2, 2021 is the launch schedule of a sequel in the Fast & Furious franchise called F9. Because of that, the producer also made a bold decision that the F9 would be pushed back to let the spy brother shine. F9's new launch schedule will be May 28, 2021.

The audience should have been able to enjoy No Time To Die since April this year. But the sudden outbreak of COVID-19 caused not only this James Bond movie but many other Hollywood projects to "put posters in the corner", constantly rescheduling. In fact, the manufacturer has set a new schedule for James Bond this November. However, it seems that after considering the performance of some newly released box office blockbusters like Tenet, Universal Studios must have quickly reconsidered its decision.

F9, which is also scheduled to debut in May this year, has made fans shocked when it has been scheduled for a year to April 2021. Many information said that this will be the most breakthrough film of the Fast & Furious franchise, flying into space, not racing on the ground anymore.

Even though No Time To Die is scheduled for 5 months until April next year, it seems impossible for the entire movie industry to revive during that time period - especially when The COVID-19 epidemic has yet to show signs of a strong decline in the US.

While Disney has been at the forefront of testing a new form of film release with Mulan shown on the Disney + system, many filmmakers remain adamant about keeping the experience of cinema in theaters. Tenet, despite its underperformance, managed to bring in $ 20 million in its opening week, and will focus on keeping the movie in theaters longer without competitors.

The year 2020, theoretically still has the appearance of many blockbusters to be expected. Specifically, DC's Wonder Woman 1984, after being delayed several times, it "closed" the release date on this year's Christmas service. The Pixar family is still holding on to the theatrical release date of the animated movie Soul in November. Blockbuster Dune with the appearance of Timothée Chalamet and Zendaya is still holding seats in December. However, considering the current movie situation, many people still predict that the names above are difficult to withstand in 2020.