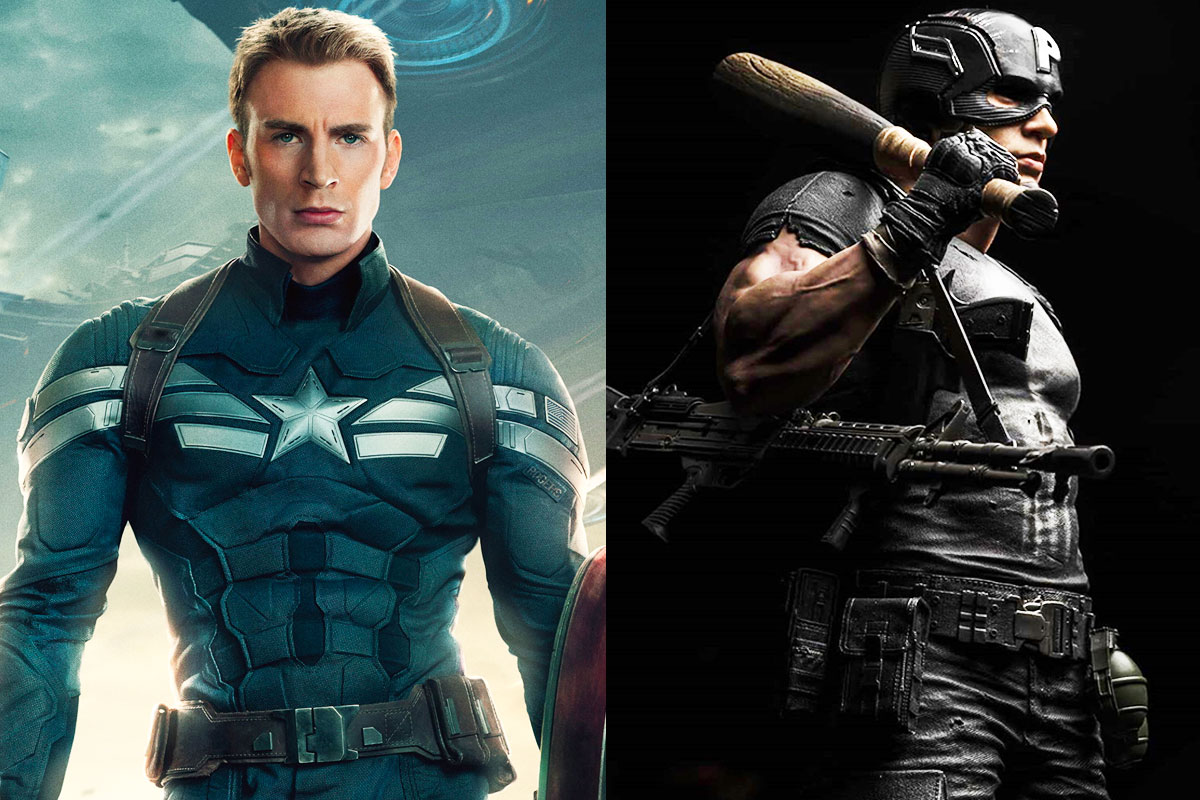 New fan's work has brought the audience the imagination of what Chris Evans would look like as the Punisher after his s...

New fan's work has brought the audience the imagination of what Chris Evans would look like as the Punisher after his stint as Captain America, and he still looks good for the role, without surprising.

A year after he hung up Captain America's shield, fans are already looking for the actor to come back in Marvel universe regardless of the role he plays next. What even makes fans are crazier and more exciting is that this illustration that imagines him as a much more ruthless comic book character than the noble image Steve Rogers.

While Evan as Captain America was hanging around to save the world with the Avengers on the big screen, Marvel TV's has taken on the Punisher character, who has just starting his adventures on Netflix.

Played by Jon Bernthal, Frank Castle was introduced in the second season of Daredevil and was given his own TV series shortly after that debuted in 2017. He returned for another season of The Punisher last year, but with Netflix canceling all their Marvel shows in light of the arrival of Disney+, Bernthal's chance of playing the role had to come to an end. Now, there's an opportunity for the role to return with the proper Marvel universe, and should it be recast, two pieces of fan-art suggest Evans for the role.

"I can do this punishing stuff all day" @bosslogic x @thefunksolbrother

Courtesy of photographer thefunksolbrother comes with some photos in of his works imagining what Captain America would look like under the portray as the Punisher. The artist took the head of Captain America statue and combined it with the body of the Punisher which surprisingly matched like a perfect duo.

Avengers, come out to play.

Despite how badass Chris could pull off in The Punisher movies, the chances to see him after his retirement as Captain America are very slim to none. While he portrayed Johnny Storm/Human Torch in the Fantastic Four films in the 2000s before taking a step in the massive MCU, the actor was coming from fewer reputation movies. The MCU, on the other hand, became the most popular franchise in the world during his time playing being a part in it.

It's understandable to say that both Chris Evans and Marvel Studios wouldn't want to take this route anyway. In sharing about the split news, Evan also shared that he would want to explore other projects outside of the superhero bubble. Of course, Marvel Studios don't want to simply hold back the actor, especially after the emotional send-off scene they gave his character in Avengers: Endgame.