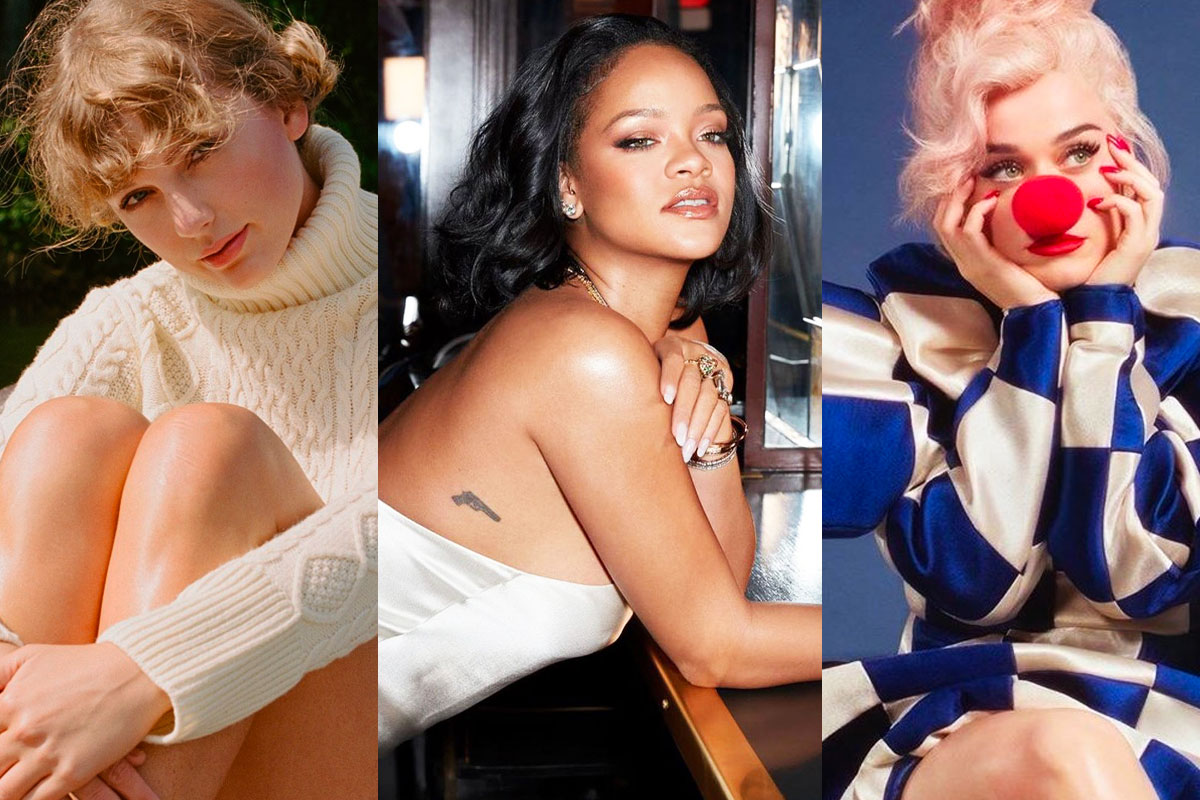 Everyone once has that past that when looking back, they just want to bury all of those memories. Let's get on the time...

Everyone once has that past that when looking back, they just want to bury all of those memories. Let's get on the time machine with these female singers in a glow-up photos marathon.

Before known as one of the biggest divas in the industry, Mariah Carey had had a hard time promoting her own record.

Mariah Carey made a debut on the national TV screen "The Arsenio Hall Show" in 1991 after she released her first single "Vision of Love". She was considered as an outstanding talent.

Britney Spears started her career when she was a young little girl. She first appeared on "Star Search" in 1992. Brit just shot to fame when she released the super hit "Baby One More Time" and then became the female singer with most selling albums in the world at that time.

Taylor Swift moved from Pennsylvania to Nashville when she was just 14 to pursue her music dream. She quickly got herself a contract and became the youngest female artist to sign with Sony/ATV Music, followed by a lot of her hit songs: Our Song, Love Story, Teardrops On My Guitar...

Lady Gaga retweet a photo of her in 2007 on her 32nd birthday. According to the Monster mother, the photo was taken when she released her first single "Just Dance".

Since then, Lady Gaga has been known as a talented and "weird" styles in both her music styles and her fashion. Some of her iconic moments of the "Born This Way" singer was her raw-beef dress that made the entire world at mazed

Rihanna signed a contract with Def Jam when she was 16 years old but before that, she had been a young singer back in her hometown in Barbados. One of her first records ever was "Hero" by Mariah Carey.

Time flew as she also level-up her skills, she released her first album "Music of the Sun" in 2005 - and ever sine then, Rihanna quickly won many Grammys and gained a successful career, in the music industry and business world.

Katy Perry started her career as a Gospel singer at the beginning of 2000, and then dropped her first album "Katy Hudson". Although the album received compliments from the critics, it was a failure in the commercial.

Katy Perry then decided to change her music style and also her stage name. After a decade since that ultimate switch, she has gained huge success as a singer.