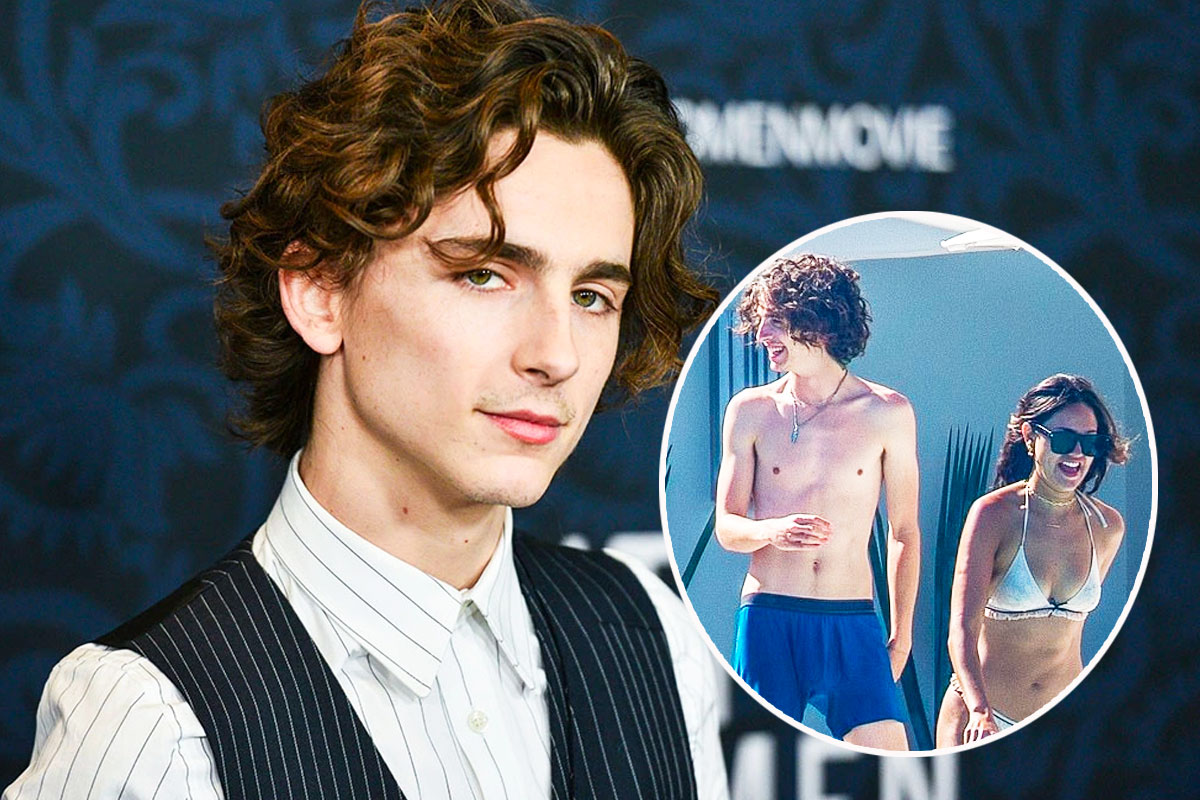 Timothée Chalamet was seen having a romantic moment while locking lips with Eiza Gonzalez on a trip to Cabo San Lucaz,...

Timothée Chalamet was seen having a romantic moment while locking lips with Eiza Gonzalez on a trip to Cabo San Lucaz, Mexico. The actor seemed wanting everyone to know that he was totally over Lily-Rose Depp as kissing outside Eiza, just two months after his split with Johnny Depp's model daughter.

The Call Me By Your Name actor and Lily had been together for two years and recently announced their break-up. Maybe two months is enough time for Timothée to move on when he and Eiza didn't hesitate to show their romance in front of a group of their friends. He was seen stroking her hair gently before pulling her closer for a kiss.

Eiza Gonzalez - who has been linked to Josh Duhamel, Liam Hemsworth, Maluma, Calvin Harris, and Cristiano Ronaldo - looked hot in simply lace bikini in pastel pink shade, with a cut-high bottom to show off her tattoos below her belts.

Timothée appeared to have forgotten his swimsuit at first but then quickly stipped down with a blue pair of boxer-briefs.

The actor then looked like he wanted to show off his talent while picking up a guitar and played for a tune in front of Eiza.

Timothée and Lily-Rose met on the set of Netflix's The King, where the model played Catherine of Valois, his on-screen wife and he played King Henry V. On September 2, 2019, Lily-Rose walked the red carpet with Timothée at the Venice Film Festival.

Six days later, the duo confirmed their relationship as they passionately kissed on a yacht near Capri, Italy.

After the series, they had appeared as a couple together. However, the last time the pair were publicly spotted together was in October 2019.