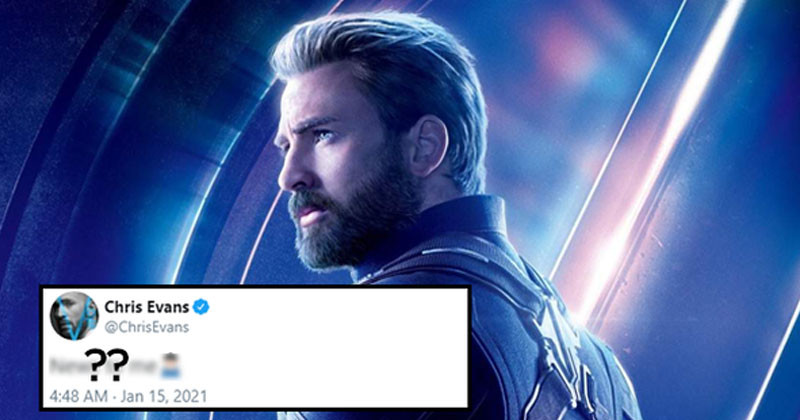 Many viewers are excited about the news that actor Chris Evans will return to his familiar role in the Marvel universe, but is this true?

Netizens stirred up information about actor Chris Evans - who is famous for his role as Captain America in the Marvel universe - is likely to return to his role. The information immediately made many people "extremely eagerly eager", eagerly looking forward to. However, there are many streams of news that deny this. So, where is the truth? This information was first published on Deadline - a reputable Hollywood news site. According to this page, Chris Evans is considering a return, but only plays a small role, not "holding" an entire movie. However, which movie, or which character Chris Evans will play, is still unclear.

The options for Chris Evans to appear again on the MCU screen are diverse, especially since Marvel has already started producing dramas like WandaVision (coming soon) and Falcon and the Winter Soldier. In addition, the sequel to the hit film franchise Doctor Strange will also open up a vast multiverse with many parallel worlds. Even, Chris Evans still has the opportunity to appear in the role ... Human Torch that he played in The Fantastic Four. As for the actor, he neither confirmed nor denied this information. Instead, Chris Evans just posted a status line on social media with an emoji of impromptu shrugging, making fans more confused than ever. Prior to the incident, many major newspapers such as Variety contacted Marvel and Disney to receive the most accurate information. However, both companies declined to reply.

In the short term, Chris Evans will participate in Pixar's Lightyear project, slated to hit theaters in 2022. He will voice the character Buzz Lightyear - a "real hero" in the Toy Story universe and also the source. inspiration of the hit Buzz Lightyear toy series. We will continue to update the incident as soon as possible.