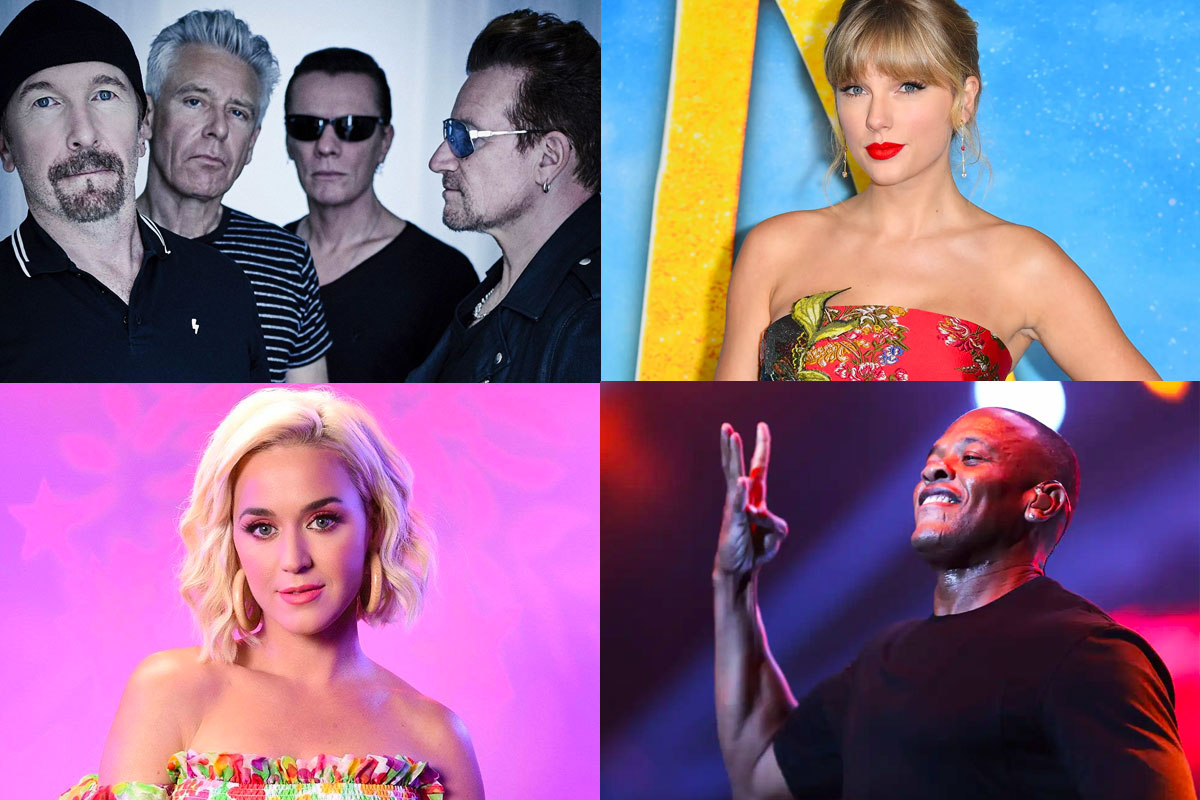 During the period of 2010 to 2019, Forbes released the top 10 artists who made the most money each year.

With hundreds of millions of albums sold worldwide and more than three decades of commercial and artistic success, it's undeniable that U2 is one of the greatest rock bands on the planet.

U2 started their major world tour in 2009 and brought home a total box office gross of more than $311 million. Subtracting the expenses, plus the lucrative sales, the team earned $130 million.

Forbes magazine announced a new list of the 25 singers who made the most money based on their income during the period from May 2010 to May 2011, when deducting production and management costs. U2 continues to earn $195 million.

Forbes released the list of the highest-earning musicians in 2013, and the lead with a total of $ 125 million is none other than Madonna. The revenue came from her MDNA world tour, concert merchandise, Material Girl clothing line and the singer's Truth or Dare fragrances.

With a huge income of $620 million, hip hop singer and producer Dr. Dre topped the list of the artists who make the most money in hip hop 2014 by Forbes. Much of his income came from the sale of the Apple Beats Company and the wine trade.

Today, touring is the mainstay of the music industry and Katy Perry brought in $135 million in 2015. During her "Prismatic World Tour", Katy Perry grossed more than $2 million per city. In addition, the female artist also received advertising contracts from H&M, Claire's, Coty and CoverGirl.

Taylor Swift excelled at the top spot with $170 million in 2016. Most of her earnings came from the 1989 World Tour. On the other hand, she also signed for advertising contracts with the Diet Coke, Keds and Apple.

Diddy (Sean Combs) brought home $130 million before tax thanks to an advertising contract with Ciroc vodka, sharing a third of the profits of the Sean John fashion collection and the tour.

The band was estimated to have earned $ 118 million before tax from June 1 in 2017 to June 1, 2018, according to Forbes. The tour titled "A Head Full Of Dreams" was the main source of revenue for U2, accounting for 115.5 million USD in annual revenue. This was a respectable and desirable number by any artist in the world.

Taylor Swift earned $185 million from June 2018 to June 2019. The singer's biggest source of revenue during this period was the 2018 "Reputation" world tour with revenues of up to $ 266 million.