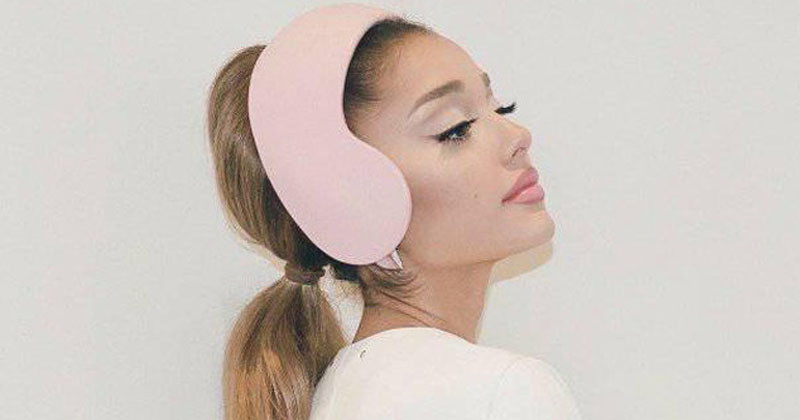 Across positions are fanciful sounds that we have rarely heard from Ariana Grande before, but they lack a uniformity that resembles her collection of best demos.

For artists who have been active for a long time, it's always necessary to renew your own music. Take a look at Katy Perry to see how a slow change can yield a disturbing outcome.

Change is vital for a pop artist to maintain the heat over decades. Pop queen Madonna still reigns at the top of her glory for four decades thanks to her insanity. Or recently, Taylor Swift continued to transform her unknown how many times to give audiences a different musical space from what they knew about her before, and folklore's success. Perhaps we don't need to discuss further.

However, the key to a successful transformation is not just turning 180 degrees from the previous self. Products must still be attractive, professional, and convincing enough to the public. The ability of the artist also needs to reach the point of maturity in order to come up with the perfect new version possible, otherwise the risk of failure is very high.

Ariana Grande and her team are always very smart and careful with every step. Despite her Mariah Carey wannabe-style singing style that was shaped from the beginning, Ariana Grande has transformed from time to time in the Pop / R & B framework to almost never repeat herself. Even the transformation seems to be in a hurry from sweetener to thank u, next, everything is still good enough, surprising enough and successful.

However, step to the positions era. Ariana Grande's musical certainty is slowly being lost despite having almost 2 years since thank u, next to conceive.

To be fair, the changes in Ariana's music in positions are commendable. The great vocal performances that fans have been enamored of since Yours Truly have been brought back to this album by Ariana with significant upgrades in both technique and sophistication. The amazing whistle scenes that Ariana put into my hair, nasty or positions proved expensive. In particular, in my hair, Ariana recklessly sings a very long segment with a whistle instead of just inserting it as a background sound. This recklessness did not sound as arrogant, flaunting as the Baby I had been doing for a while, but had a much more maturity.

On the sound side, Ariana Grande's production team can be seen experimenting with a lot of classical sounds in addition to the sounds of traps and electronics. The most obvious is the string sounds like in a musical shut up, which have since been subtly extended to 34 + 35. Guitar from positions is also a prominent highlight to shape the space for the song. My hair is all the sounds from R&B old school with an impressive brass sound. For an album where the emphasis is placed on vocals like this, this is the right choice.

Love language is probably the impressive song of the album as it moves extremely smoothly in both trap, R&B old school and a certain part of dance. The sound of the strings and the piano is played at the right time in the right place to make the song have a very unique perspective in each different time. A song that is unpredictable, yet seductive enough thanks to Ariana Grande's sweet voice with high level airy voice technique.
However, most of the songs on this album had one problem: they were flawed, sounding like demos. The most obvious is probably the west side of a song only 2 minutes and 12 seconds and did not create a memorable climax or sound. The song silently ran from start to finish on a basic trap platform, and silently tapered off at the end in a confusing way to the end, while listeners were still dazedly waiting for a highlight.

Or at obvious is similar. The chorus was finished abruptly, then the production team put in the sounds in the outro mostly

like not related to the song. The sounds like obvious or in pov afterwards are very potential, but they do not bring the listener "to the station", feeling like standing in the middle of the line, not knowing whether to go forward or back.

The guests also proved very faint. Aside from the Doja Cat, which is brought in to a rather explosive dance track - but unfortunately not very relevant overall - neither The Weeknd nor Ty Dolla $ ign offers anything interesting in terms of both the segment and the sound. they all brought in proved too safe. The off the table sounds were too lacking in groundbreaking sound, without having a strong enough emphasis. And the most puzzling thing was when the production team put a very nice string sound at the end - a belated and meaningless attempt.

The lyrics in positions are also a problem as Ariana can't bring back the crooked, funny but very intelligent thank u, next or 7 rings in. The lines with "realistic description" like "Can you stay up all night? / F *** me 'til the daylight / Thirty-four, thirty-five" (34 + 35) or a bit rough like "Like this p * *** designed for ya "(nasty) is completely childish and old, doesn't bring the required sexual feeling of a song on a sexual theme.

The positions are still praiseworthy when Ariana Grande and the crew have made efforts to explore new sounds even though they did not go too far from the Pop / R & B framework. However, making an entire album is overwhelming because there are only a few songs that bring listeners "to the top". On the other hand, most of the songs here are quite mediocre, there are even songs that are completely old or lack an overall relevance.

If Ariana Grande is less in a hurry, selecting only the best songs to do an EP to introduce a new style of music, her positions will be much better received. As a complete album marking a new musical era, the positions are still not outstanding enough to bring Ariana to a new and more brilliant peak.