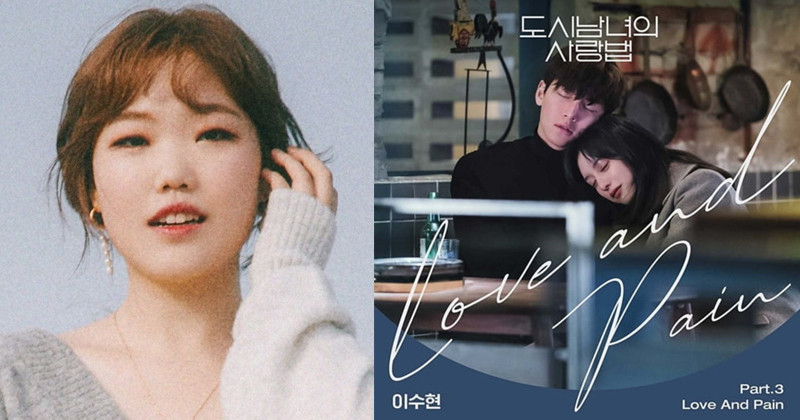 Lee Suhyun, a music powerhouse from K-Pop duo AKMU, is the singer of the 3rd OST of the Netflix's original series 'Lovestruck in the City'.

The original Kakao TV drama 'Lovestruck in the City', which is also distributed by Netflix, tells the story of Jae Won (played by Ji Chang Wook) and Eun Oh (played by Kim Ji Won) and two new people starting in Seoul. The drama is stimulating viewers' curiosity, and its OST Part.3 'Love And Pain', which was warmly received by viewers after being played in multiple scenes, has been released through various music sites at 6 PM KST on January 16.

'Love And Pain' was inserted into the scene where the 2 characters miss each other, leaving behind the dreamy times in Yangyang. In particular, the song stands out thanks to the expressive power of reminiscent in Lee Suhyun's voice. Her delicate expression of emotions, combined with Eun Oh's crying while taking out the memories left intact in the camera, and the lonely piano melody, is perfect.

AKMU Lee Suhyun, who is known as a "trust and listen to" singer with numerous hit songs such as 'Last Goodbye' and 'How Can I Love The Heartbreak, You’re The One I Love', released her solo single 'ALIEN' in October last year, boasting outstanding musicality and unique identity differentiated from her previous AKMU images.

'Love and Pain' is the third collaboration between Lee Suhyun and music director Nam Hye Seung, who composed 'Love And Pain' after the OSTs of 'Mr. Sunshine' and 'It's Okay To Not Be Okay'. As both 'Sori' (her OST for 'Mr. Sunshine') and 'In Your Time' (her OST for 'It's Okay To Not Be Okay') have been loved by the public. the OST 'Love and Pain' of 'Lovestruck in the City' is expected to receive a lot of attention. It will also be inserted in many scenes as the main theme song representing the play, giving listeners a deep impression.