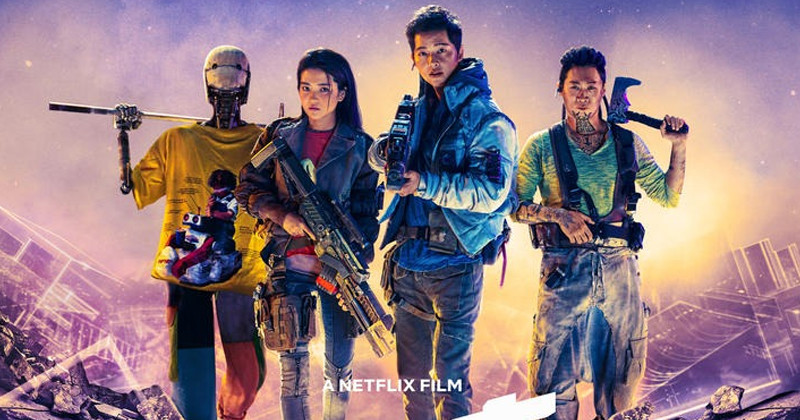 South Korea's first space sci-fi blockbuster 'Space Sweepers', which will be released in more than 190 countries around the world through Netflix, has unveiled its main poster that makes viewers look forward to the actors' brilliant performance.

'Space Sweepers', which is scheduled for February 5 on Netflix, is a movie about the crew of a spacecraft, named The Victory, jumping into a dangerous journey in 2092 after discovering the human-type robot Dorothy, known as a WMD.

Netflix has released a main poster for the movie, showing the main characters stepping into space, heating up expectations for their adventures. The dignified appearance of the charming and energetic crew is what catches the eye the most.

The crew of the The Victory, Taeho, Captain Jang, Tiger Park and the robot leave the devastated Earth and barely survive by cleaning up space debris. For the crew, who travel through space being worried about money every day, the humanoid robot 'Dorothy', known as a WMD, rolls in just in time. The universe is eager to find Dorothy, and the crew of The Victory will set foot in a risky deal to exchange large amounts of money for Dorothy.

Unlike the superheroes who have traveled through space in Hollywood, the appearance of the crew, which was revealed through the poster, attracts attention with their familiarities. Director Cho Sung Hee's details are noticeable, adding settings that can be easily sympathized with.

'Space Sweepers' is scheduled to meet viewers in more than 190 countries around the world through Netflix on February 5.