Have you seen any of these dramas?

In a study by the Organisation for Economic Cooperation and Development (OECD) called Society at a Glance 2019: A Spotlight on LGBT People, the group revealed that Korea continues to severely lag behind when it comes to accepting the queer community as opposed to other countries. Though clearly far from being a progressive nation in terms of LGBT representation, South Korean media, on the other hand, has been seeing a slow but steady rise in queer themes over the years, particularly in K-Dramas.

In celebration of Pride month this June and in hopes for more queer-centric roles, we look back at eight K-Dramas that featured memorable LGBT characters.

Check them out below.

First on the list is Park Seo Joon’s highly successful drama Itaewon Class. Hinged on the themes of love and acceptance, the show features a transgender character as one of its leads. Lee Joo Young plays Ma Hyun Yi, the head chef at the pub helmed by Seo Joon’s ambitious character Park Searoyi. Born male, Hyun Yi was revealed to be a trans woman working to save up money for her gender reassignment surgery. Her long journey is met with support from her co-workers throughout the story after they battle with their own internalized biases.

Life is Beautiful follows the everyday lives of a multi-generation family with four children. At the center of the drama’s romantic plot is oldest son Yang Tae Sub (Song Chang Eui) and his relationship with a divorced professor named Kyung Soo (Lee Sang Woo).

The series’ producers drew ire from fans when it edited out a pivotal scene between the two men exchanging their commitment vows inside a church. Writer Kim Soo Hyun, who had penned the cut moment, expressed her anger after the episode’s broadcast saying “It feels like my face has been wiped with a dirty rag. The flow and rhythm and timing were all a mess.” In protest of removing the scene, Soo Hyun uploaded the script online to show how it was originally supposed to happen.

Hoya, former member of pop boy group Infinite, famously portrayed Kang Joon Hee on Reply 1997. Characterized as a shy and sweet boy, he’s unable to tell his peers about his sexuality, along with his secret crush on his best friend Yoon Je (Seo In Guk). The storyline culminates with him confessing his feelings. Though the attraction remains one-sided, his friends continue to support and accept his identity.

The romantic comedy starring Oh Yeon Seo and Ahn Jae Hyun portrayed a secondary love story with two gay characters. In particular, the series delved on Joo Won Suk (Cha In Ha) a bartender at a gay club, and his attempts at coming out to his family. Opposite Won Suk is Choi Ho Dol (Jang Yoo Sang) who, similar to the former, after being targeted by online bullying, finds it difficult to tell his own parents about his sexuality. Love With Flaws was In Ha’s last drama after his tragic passing last December 2019.

Seonam Girls’ High School Investigators centers on five girls who form a detective club at their school in pursuit of solving issues within the institution, which include bullying, abortion, and suicide. It made a notable breakthrough when it aired the first lesbian kiss on Korean mainstream television between high school students Soo Yeon (Kim So Hye) and Eun Bin (Kang Sung Ah).

Though the scene was met with backlash from conservative audiences, a representative from the series defended the show by explaining that “The homosexual students we’ve met have said that they are treated unfairly at school. We do not believe it is our prerogative to judge whether these students are right or wrong. We therefore went ahead with the scene in the hopes that diversity can be accepted and embraced.”

JTBC’s short-form drama Hello, Dracula highlights the struggle between a closeted lesbian and her conservative mother. At the plot’s center is Girls’ Generation member SeoHyun as the lonely Anna. An elementary school teacher, the 29-year-old is heartbroken over her breakup with her girlfriend of eight years, played by actress Lee Chung Ah. Anna hopes to seek comfort in her mother but dreads her reaction when she reveals the truth about her sexuality.

Early on in the Netflix-streamed romantic drama Romance is a Bonus Book, the lead character played by Lee Jong Suk shares a scene with his ex who just so happens to have a girlfriend. Though their appearance on the show was brief, the casual introduction of a same sex couple received an outpouring of love and support from viewers on Twitter, further proving the importance of representation in media, especially when it comes to a mainstream platform. 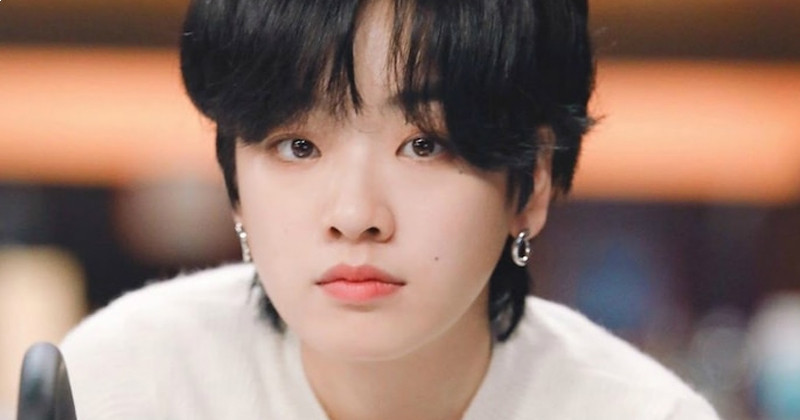