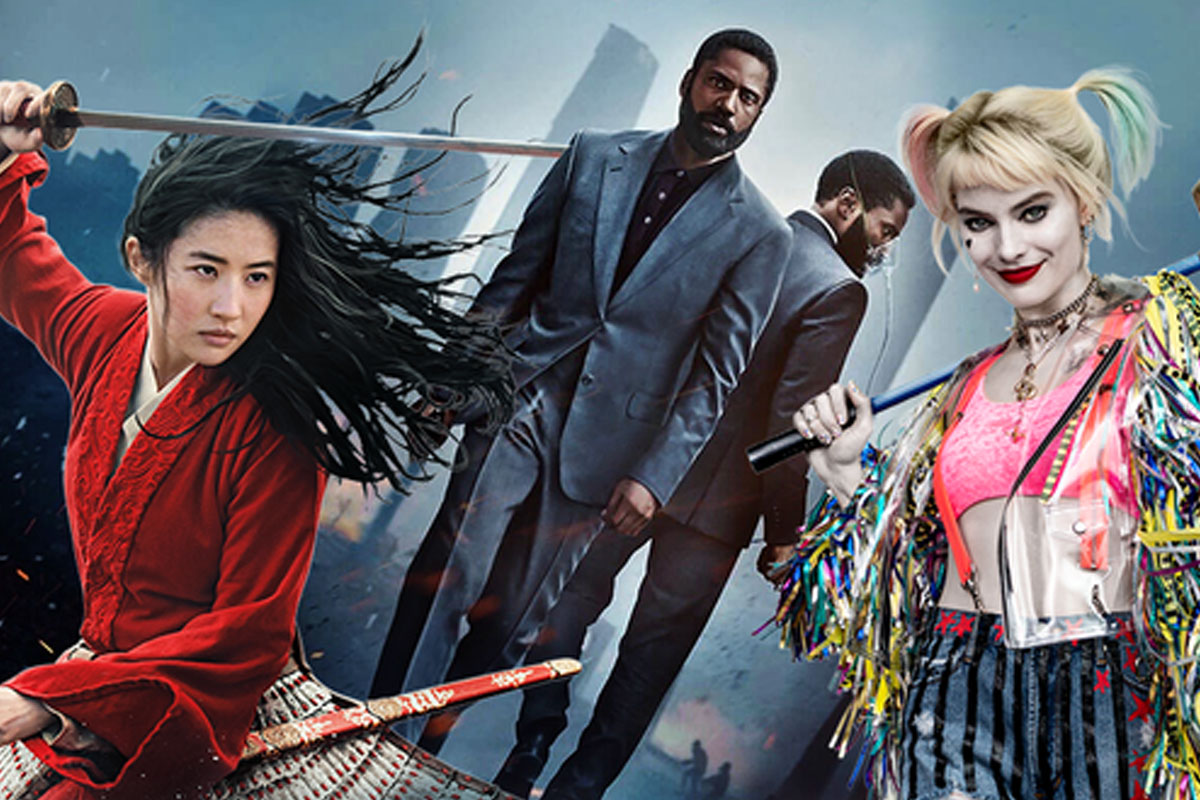 Hollywood in 2020 sees many names that are expected to become blockbusters and then fail mercilessly.

2020 has a pretty smooth start with the resounding success of a number of Hollywood movies such as Bad Boys for Life, animated Sonic the Hedgehog or horror work The Invisible Man. However, the COVID-19 pandemic struck like a ghost, causing the whole of Hollywood to cringe with fear, theaters closed and production interrupted for a long time. Many major studios "cry, then put posters in the corner", choosing to reschedule some major films until 2021 to avoid translation, notably A Quiet Place II, The Eternals of Marvel, Godzilla vs. Godzilla vs. 2021. Kong and both Fast & Furious 9.

However, saying so does not mean that 2020 there will be no blockbusters at all. There are still big names with huge budgets coming to theaters this year, but all have not brought success at the box office. Promising a lot and then failing to promise a lot, let's take a look at the most disappointing bombs this year from the Hollywood movie capital!

The DC house opens in 2020 with its own movie revolving around the character Harley Quinn and its female superheroes. The film is backed with a budget of 100 million dollars and is appreciated by the image and acting of the female lead Margot Robbie, but the content has faced many mixed reactions. In return, Harley Quinn: Birds of Prey also owns a melancholy soundtrack album and is loved by many people.

The original title was set to be Birds of Prey, but shortly after it hit theaters, Warner Bros. has quickly renamed the movie Harley Quinn: Birds of Prey to attract more viewers to watch.

The film was labeled R and grossed $ 201 million worldwide, but has yet to reach the $ 250-300 million mark. However, so far, the film about the female villain DC is still standing in the top 3 films with the highest domestic sales this year.

As one of the top animation studios in the world, Pixar had to witness a catastrophic failure earlier this year called Onward - an animated film starring Tom Holland, Chris. Pratt and Octavia Spencer. The animated film is expected to bring only 135 million dollars worldwide, despite investing a fortune worth 175 million dollars.

Despite receiving a lot of positive feedback from critics and audiences, Onward is an "easy to watch, easy to forget" work that is not groundbreaking in a highly competitive market. Plus, one of the biggest reasons for the movie's failure was that the onset of the COVID-19 pandemic caused many theaters to close midway through the release of Onward not long ago.

After a long absence from blockbuster theaters, Warner Bros. vigorously re-opened the film market with Tenet - a quality film with a budget of 225 million dollars by legendary director Christopher Nolan. Since before the movie's release, many people were skeptical about Warner Bros. 'choice. when the epidemic situation could hit the sales of this expensive movie heavily.

As expected, Tenet, after a long time of premiere, is seeing a "trickle" in revenue. Right now, the film has grossed just $ 152 million worldwide - a bit too small compared to the expected breakeven point of $ 500 million according to Screen Rant.

The movie, after its release, also created a lot of different opinions from the audience with the content too complicated. Many people believe that director Christopher Nolan seems to be just "trying too hard" with Tenet and makes them feel tired after watching, while some fans still praised the film thanks to the script.

Following Tenet, Mulan also opted to release in 2020 in a different way: the film will be posted directly to Disney + in some countries for an additional fee of $ 30. This decision sparked controversy when many people assumed that 30 dollars is too much compared watching movies in theaters.

After its release, the film, despite being praised by many Western critics, was turned away by Asian audiences because of the insecurity of Chinese content and culture exploited by the film. The female lead Liu Yifei also became a joke for people thanks to her stiff acting.

The Business Insider reported that Mulan was viewed by 1.12 million accounts on the Disney + system, which is the equivalent of $ 33.5 million pocketed by Disney. Worldwide, the film only grossed more than 11 million dollars. Overall, Mulan is falling short and becoming Disney's most criticized live-action version.

The New Mutants - the "super villain" movie of the X-Men family, which has been delayed for a long time, is finally released to the audience recently, at the same time Tenet and Mulan are bombarding. The film was badly criticized immediately after its release by both audiences and critics, bringing in a total revenue of nearly 22 million dollars and being scored 33% on Rotten Tomatoes.

Thought of a blockbuster, these six movies are just bombs of the year: Mulan, Tenet and the heck Harley Quinn are all summoned! Photo 8.
With the same score of 33% is Antebellum - the horror movie that has just been released in theaters is also very well advertised, it is thought that it is a class like Get Out or Us. Although the film has not announced a revenue, anyone can see the gray future of this work when the negative comments appear overwhelming.

From now until the end of the year, the audience will still have the opportunity to enjoy a few more Hollywood blockbusters. Specifically, the latest movie will be Black Widow which is set to be released on November 6. Following that, Pixar also immediately launched the next animated blockbuster called Soul on November 20, which is expected to be as good as Inside Out any year.

Christmas will be when Warner Bros. occupied theaters with two films, Wonder Woman 1984 (recently rescheduled) and Dune - a science fiction work with the participation of Timothée Chalamet. Both of these films are expected to be of high quality and bring to life the thumping box office.

Hopefully, Hollywood's unlucky chain of bad luck will stop here, and audiences will be able to enjoy a true good movie in 2020 filled with disasters.