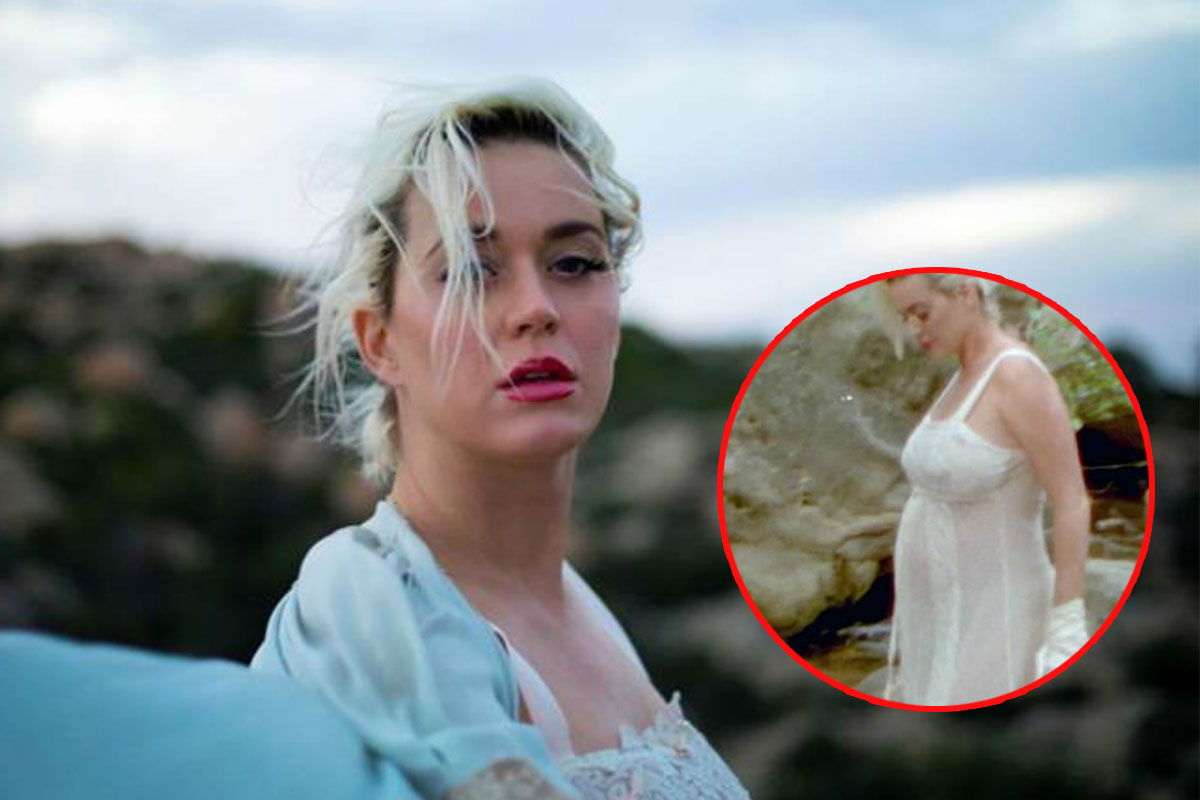 In the nearly three-minute video, Katy donned a romantic linen dress before artistically stripping down completely giving her audience a clear view of her bare, burgeoning baby bump. Promoting body confidence and celebrating the changes to her shape, Katy covered her modesty with her hands as she appeared at one with nature.

I wrote this song a couple months ago as a call to remain true to the course you’ve set for yourself, regardless of what others may think. Recently, it has taken a new meaning for me, in light of what the whole world is experiencing. Each of us is one in more than seven billion, with our own story of strength and resilience to tell. ?DAISIES? is out now. I hope it will be the soundtrack to going for your dreams now... especially the ones we left behind ?

Artistic: Pregnant Katy Perry stripped off completely naked and showed off her burgeoning baby bump in her new music video for song Daisies which was released on Thursday.

Katy passionately lip synced the lyrics to her track, while resting among a picturesque field of daisies. She rose to her feet, which allowed her to tower over the plethora of flowers surrounding her before jumping into the song's powerful chorus.

"They said I'm going nowhere, tried to count me out. Took those sticks and stones, showed 'em I can build a house. They tell me that I'm crazy, but never let 'em change me til they cover me in daisies," sang Katy, while running her fingers through her bleach blonde hair.

Perry sported a minimalist makeup look complete with a mauve stained lip, an enviably dewy complexion, and a few light layers of mascara. The camera zoomed out to reveal the vast nature of the flower field, while informing the audience that the remainder of the video will be set in an ethereal forest.

She screeched the final reiteration of the word 'Daisies' in the song's chorus before appearing in a rocky riverbed. "When did we all stop believing in magic? Why did we put all our hopes in a box in the attic?," uttered the singer in the intro of the song's second verse.

Katy wore a see-through linen dress that included a matching cardigan that fastened just above her bump. She cautiously dipped her manicured toes in the stream's chill water before slowly untying the ribbon holding her cardigan around her.