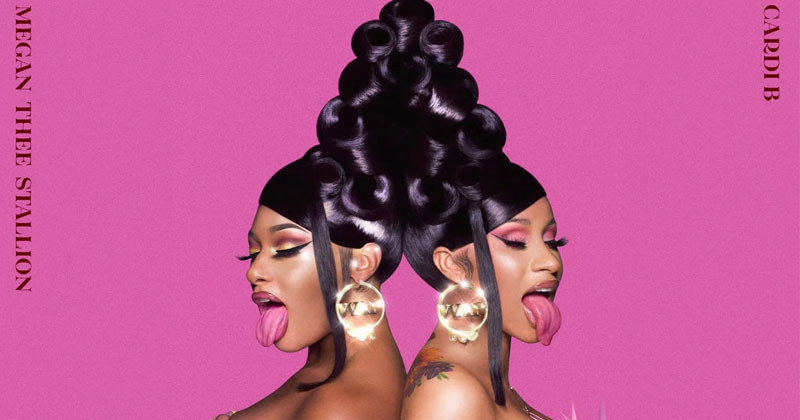 Pitchfork and Rolling Stone are both famous strict music magazines, but both unanimously voted this the best song in 2020.

At the end of 2020, world music magazines started to fall in love with their own charts to give their opinions and assessments on the music scene for the past year. With each chart, each music magazine will have a different criteria, so these lists rarely coincide. This year, something completely unexpected happened when the song WAP by Cardi B and Megan Thee Stallion was voted the best song of 2020 by both Rolling Stone and Pitchfork.

As the second biggest hit in 2020, WAP was "ignored" by Grammy at the next year awards ceremony (partly because the content and lyrics are too "adult"), the achievements from the two magazines above. As a little consolation for these two cult rappers!

Specifically, in the list of the best songs of 2020 by Rolling Stone magazine, WAP rose to the leading position. Standing above the song Key West (Philosopher Pirate) by legendary Bod Dylan (# 2). Blinding Lights of The Weeknd, "super product" "abandoned" by Grammy this year also holds 4th place. 5th place is a song that was not selected as a single nor too viral from Taylor's folklore album. Swift - august.

Not stopping there, with Pitchfork - the world's most famous critics' site, the editorial board of this unit completely agreed with Rolling Stone when choosing WAP as the best song in 2020. This is a It's rare to see Pitchfork when they tend to favor more experimental, "academic" songs than mainstream products like WAP. This choice proves even more over the past year that WAP can satisfy both the headphones of the masses and the satisfaction of critics.

02. People, I've Been Said - Christine and The Queens

This summer has become "hotter" than ever with the combination of Cardi B and Megan Thee Stallion in the song WAP. This is a "hot" song from the title, lyrics to the MV filled with hot show scenes of Cardi B, Megan Thee Stallion and cameo Normani, Rubi Rose, Sukihana, Mulatto. , Kylie Jenner.

Right from the time of its release, the song faced many objections about the audacity in the image, the provocative 18+ language, the appearance of Kylie Jenner, ... After all, with its addictive music and melody, the song received huge streams, taking the Billboard Hot 100 Champion for weeks. WAP is also one of the extremely viral songs on all social media platforms this year, bringing the names of both Cardi B and Megan Thee Stallion to new heights.