Ariana Grande and 'huge' records not everyone can break 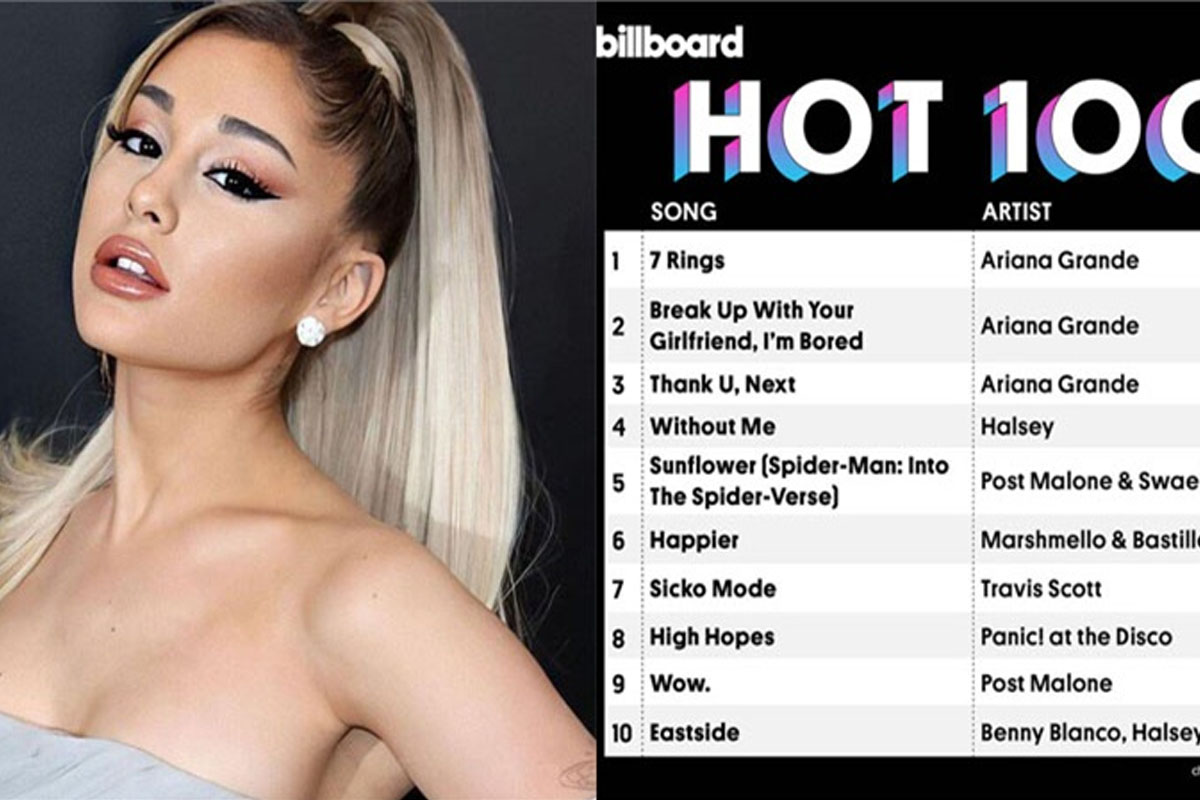 You know about Ariana Grande as the most prominent female artist in the world of music today, but you will be surprised...

You know about Ariana Grande as the most prominent female artist in the world of music today, but you will be surprised to know that Ariana is also known as the 'Billboard winner' with a series of achievements in history thanks to nice response to No.1 Billboard with 'Rain On Me' recently!

The first artist to own 4 debut songs in No.1

Ariana Grande is not the number one star with the most sales number but she is the first to own up to 4 hits on the Billboard Hot 100 chart right after being released. These 4 songs are Thank U, Next, 7 Rings, Stuck With U and Justin Bieber collaborated in early May 2020 and Rain On Me - the collaboration with Lady Gaga is 'sweeping' all the new charts.

The first artist debuted 2 songs No.1 in less than a month

Also released just in May, two hits Stuck With U and Rain On Me dominated the Hot 100 chart on May 23 and June 6, 2020, for only two weeks. Ariana will probably hold this 'huge' record for a long time because it's hard to beat!

The second female star debuted more than 1 hit No.1 in a year

Before Ariana Grande, Mariah Carey was a female artist who wrote history with 2 No. 1 in a year, including Fantasy and One Sweet Day shaking hands with Boyz II Men. Ariana is one of the best!

The third artist debuted more than one No.1 hit in a year

Considering all the artists, apart from Mariah Carey, only Drake could do this with his two hits God Plan and Nice For What debuted at the top of the Hot 100 in 2018. This year list adding Ariana Grande with extremely impressive 'integration' with Stuck With U and Rain On Me.

The first artist to debut the No.1 hit series for many consecutive years

For 3 consecutive years from 2018 to 2020, Ariana Grande has released 4 debut songs at No.1, opening with the first No.1 hit Thank U, Next until the latest single Rain On Me.