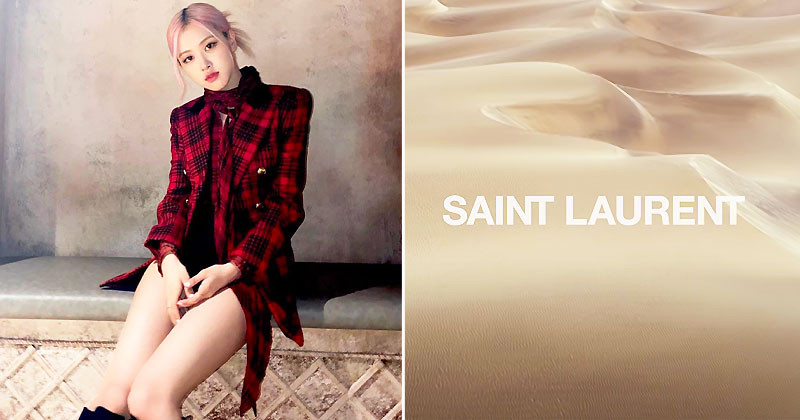 The video has garnered millions of digital views to date, according to the house.

Saint Laurent’s summer 2021 women’s fashion show video, which depicted models striding over the crest of giant sand dunes in heels, has garnered some 120.8 million digital views to date, according to the house.

No doubt the stampede to the livestream was partly incited by Saint Laurent ambassador Roseanne Park of BLACKPINK, commonly known as Rosé.

All it took was for her to write on her Instagram Stories to “Go watch it with me.” The New Zealand singer and dancer, better known as Rosé and the global ambassador of Saint Laurent boasts 34.6 million followers on that platform.

BLACKPINK is considered as K-pop’s most fashionable girl group and each of its four members enjoys rabid followings.

According to Saint Laurent, “Rosé surely generated a significant engagement, however, the ‘viral’ effect of the video mainly comes from the video itself.” It added that the brand would continue to collaborate with the pop star in the future.

Citing data from Wearisma, Saint Laurent noted that its total earned media value, or EMV, in December came to 89.9 million euros, contributing to a final year-to-date growth rate of 158 percent.

In the wake of the coronavirus pandemic, Saint Laurent and its creative director Anthony Vaccarello — famed for spectacular outdoor women’s catwalk shows set against the backdrop of the Eiffel Tower — decided to drop out of Paris Fashion Week and set their own pace for showing collections for the duration of the year.

In September, the brand reported 42.4 million views for a six-minute video for its spring 2021 men’s collection, featuring models leaping across Paris rooftops and walking a raised runway wrapped around the Eiffel Tower.

The brand is coy about where and how its show videos are filmed, preferring to build a mystery.

South Korean group BLACKPINK, has taken over the world in just 4 years since their debut in 2016. Made up of 4 members, Lisa, Jennie, Jisoo, and Rose, it’s hard to pick favorites, but when it comes to style, there is no denying that Rose is undeniably ahead of the curve.

While all members are super stylish and bring their own charm to every style they pull off. Rose’s aesthetic sense is ultimate and phenomenal. Today, we are looking back at the top 5 trends that the fashionista and the group’s main vocalist follows.

She is not afraid to experiment with her hair! While her fashion sense is alone to garner the attention of BLACKPINK fandom aka BLINKS, Rose isn’t afraid to mix things up, take the plunge and change up her hairstyle every now and then.

The musician and idol rocks fierce power suits just as easily as she does pretty feminine dresses and costumes. Recently the idol was pictured in a YSL suit on Instagram, which she paired with an extravagant rose choker around her neck.

While Rose looks perfectly peachy and feminine in dresses and floral blouses (which are a favorite of the fashionista), she does play around with grunge looks every so often. And with good reason, we are just as impressed as BLINKS by her versatile style.

Rose loves good denim pieces in her wardrobe, but what’s different about it is that she doesn’t just let her denim be limited to jeans and jackets, but also experiments with them as dresses, skirts and even co-ord sets.

While the idol is mostly on stage or between appearances, where she is wearing highly OTT outfits, but she also has an effortless style when it comes to casual wear. Her everyday looks that we get to see via Instagram are perfect examples of the easy chic living style we can get behind! 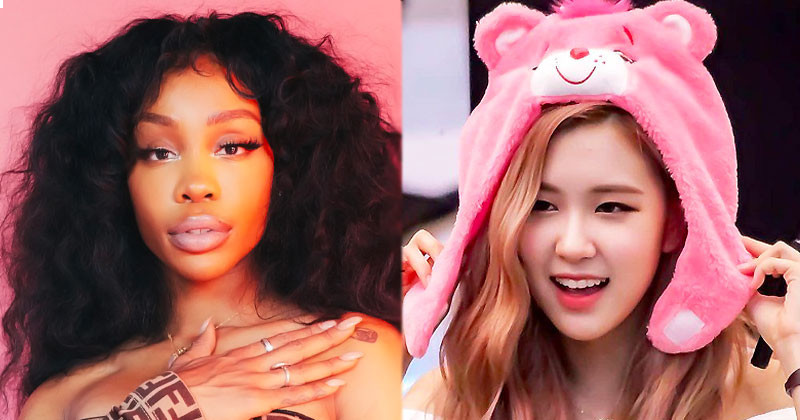 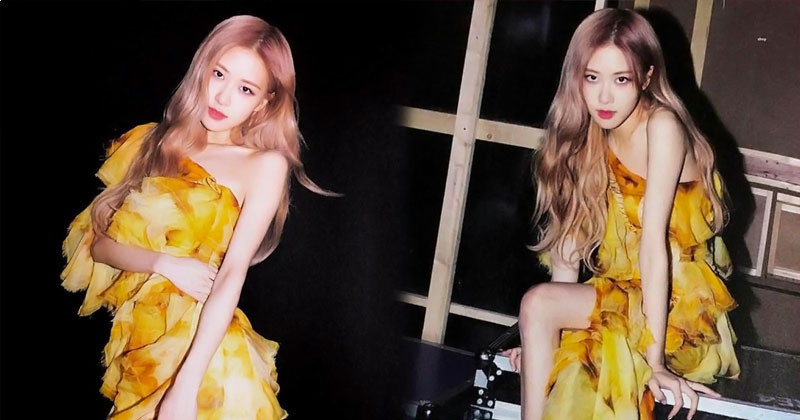