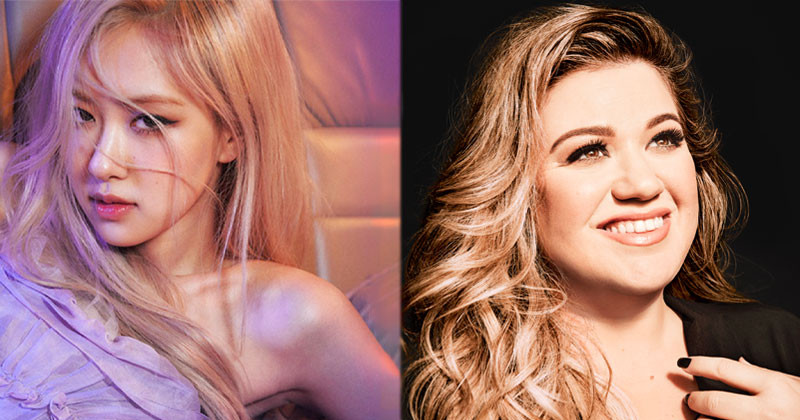 Rosé is taking over the U.S. one show at a time!

As part of promotions for “On the Ground”, BLACKPINK Rosé is set to make her second U.S. television appearance as a soloist next week.

As well as smashing the charts in South Korea, Rosé’s solo debut song “On the Ground” is taking over the U.S. too. This week, the track debuted at no.70 on the Billboard Hot 100, surpassing CL’s “Lifted” (which peaked at no.94) to become the highest-ranking Korean female soloist song on the chart.

Rosé got her first chance to perform “On the Ground” on U.S. television shortly after the song was released when she appeared on The Tonight Show with Jimmy Fallon. In just one week, her performance surpassed a staggering 4 million views on YouTube. Now, she’s about to make her second solo television appearance in the country.

According to a new press release, Rosé will appear on next week’s episode of The Kelly Clarkson Show as an interview guest. The daytime variety talk show is described as a fun and energetic broadcast that mixes celebrity interviews with musical performances and segments of everyday people. Given the current pandemic situation, it’s likely that Rosé will appear on the show via video feed.

Host Kelly Clarkson, an American singer, will also be interviewing Grey’s Anatomy actress Camilla Luddington, television host Andy Cohen, and celebrity chef Melissa King to the show. Plus, there’ll be a performance by American singer Breland. As of now, it’s unclear whether Rosé will be performing alongside her interview.

Rosé’s episode of The Kelly Clarkson Show will air on NBC on Monday, March 29 at 2:00 p.m. Eastern Time.

According to Hanteo Chart on March 23, the initial sales (sales volume for a week after the album's release) of BLACKPINK Rosé's first solo single album '-R-' totaled 448,089 copies. This figure is expected to continue to increase as only CD and KiT albums were counted, excluding limited-edition LPs.

Rosé's '-R-' album had recorded more than 500,000 pre-orders during the pre-sale period, signaling a sensation. As soon as the '-R-' album was released on March 16, it had already made a new history for K-Pop female soloist (based on the Hanteo Chart's tally) with the overwhelming sales of more than 280,000.

Rosé has also hit the global music market beyond South Korea. In particular, the title song 'On The Ground' was ranked No. 1 on the Billboard Global 200 in the U.S. This is the highest ranking for a K-Pop solo artist.

Billboard Global 200 ranks the most popular songs based on streaming and music sales collected from more than 200 regions around the globe, including the U.S. The U.S. Billboard has established itself as one of the global main charts because it is a standard reflecting the latest trends in the popular music market.

Rosé is marching on various global charts besides the U.S. Billboard. 'On The Ground' topped iTunes top song chart in 51 countries, including the U.S., on the first day of its release, and also topped the global YouTube song chart (counted from March 12 to March 18).

It also ranked 8th on the Spotify Global Top 50 Chart, the world's largest music streaming platform, and settled in the top 10. It then entered the UK Official Singles Chart Top 100 at the 43rd place, once again confirming Rosé's influence in the mainstream pop market.