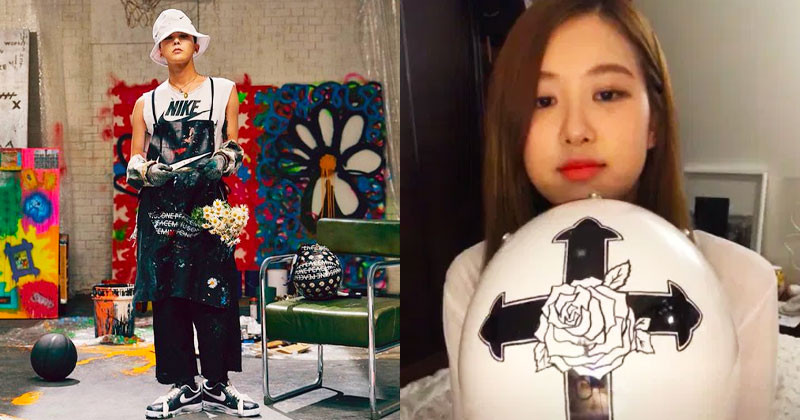 They really are the artsy bunch and have amazed fans with some of the artwork that they've unveiled to the world.

Look out everyone, there are idols in the K-Pop industry who can steal your hearts by not just using a mic while performing on stage but also with their drawing and painting talents.

Not surprisingly G-Dragon is the first idol that probably comes to a lot of people's minds when thinking of the word artsy. He's like full of artsy and could make anything become more phenomenal and one-of-a-kind, just like him.

A true designer at heart.

It is absolutely mind-blowing to see just how talented Yura is when she draws. She's just full of girlfriend materials when she sings well, draws like an artist and has such a mesmerizing laugh!

Rosé is the definition if a full-package idol with full of love for art. She's the main vocal in BLACKPINK with angelic vocal, precise dancing skills, she also can play a lot of different instruments and now, she draws just as well as she sings.

The ultimate golden maknae of the century is Jeon Jungkook, period.

Not just regular draw well, Mino is truly an artist in drawing and molding clay. Everything Mino touches, it just simply turns into a work of art.

SEVENTEEN The8 and Mingyu

The8 is always famous for having such an aesthetic style while Mingyu is just a multi-talent idol who could do well in anything, including drawing. It's not surprising when they are also the duo of the group who use brush so well!

Knowing for hs unique fashion style, Key makes sure he could portray his incredible style in these arts.

The nation's first love is gifted with such amazing talent in drawing. Let's look at some of her works below.

Glasses can make you look smart and it can also be the easiest fashion trend to hop on. As the spring season draws nearer, we're seeing more and more leather jackets paired with the classic round 'nerd' glasses. But, of course, none can do it better than these five female idols.

BLACKPINK member Jennie is probably the first female K-Pop idol to set this trend. Despite having been taken a year or two ago, the photo is an almost legendary status not just among fans but also non-fans as well for featuring hyped fashion items.

Her beauty is definitely a cheat code that allows her to make it on any list that deals with beauty and fashion. In fact, for Irene, it's probably the glasses that look smart because of her amazing visuals.

South Korea's most fashion-forward K-Pop idol DoYeon knows a thing or two about being chic. In fact, it's not just her natural sense of good fashion but also her natural looks that allow her to look chic whatever she does. She does, however, kind of remind you of that popular 'mean girl' in high school.

Taiwanese beauty queen Tzuyu looks like that perfect and sophisticated girl from a rich family, which she actually is in real life as well. It's no wonder Park JinYoung fell head over heels in love with her and had to include her in TWICE.

LOONA's GoWon probably could've been the world's hottest librarian if she wasn't an idol and decided to wear glasses and get any job.

There're lots of mobile apps created to have effects that could erase the "imperfections" of people, but sometimes these effects are too strong that almost hide users' natural figures when taking selfies. However, these female idols have shown that they're natural beauties with these moments.

Being chosen as having the most beautiful barefaced by her teammates, Jennie's visual simply doesn't need any special effects or camera to capture. Wearing a white shirt and leather jacket, the main rapper of BLACKPINK still showcases her perfect facial figures with the signature chic and rebellious vibe as when being on stage. Minimal makeup plus minimal hairstyle, Jennie just needs to stand there and shines perfectly without being taken under good light conditions.

Seulgi maybe not the most beautiful in Red Velvet but she has her own style that could capture anyone's attention at the first sight. Therefore whether the background is pure dark behind. Her fair skin reflects perfectly with her black outfit and the background.

Sana looks like a snow princess because of her blonde hair being tied behind and her fair skin. She just simply turned her head backward and still look like some high-quality photoshoot in the studio.

It is not surprising when the new visual goddess Jisoo also shows up on this list because just look at her. Stunning voluminous wavy hair with a casual t-shirt when posing by the riverside. The dark background with lights even emphasizes her beauty more.

Rosé has an elegant and trendy vibe that exudes even more in this picture when taking outside, no mobile effects needed because her visual had done anything else. Who could look this beautiful on the street like Rosé?

It is a miss if not mentioning Lisa - the main dancer of BLACKPINK in this list. During the time they went to New York for the tour, all of BLACKPINK members have their own unforgettable moments and also Lisa. How could someone forget this moment when Lisa sat comfortably on a platform and still look like she was taken photos for famous magazines? Plus the background behind, Lisa really shines like a star in this night photo. 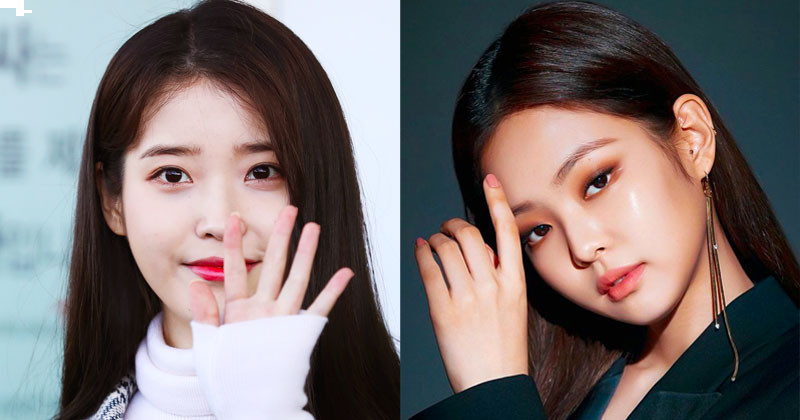 IU and BLACKPINK, Who Is More Famous Overseas Female Celebrities in 2020 Voted by Chinese Netizens? Affordable Clothes That BLACKPINK Jennie Has Wore In The Past BLACKPINK's Biggest Moments Of 2020: From Netflix Documentary To Shunning iPhone Users And Modelling For Chanel