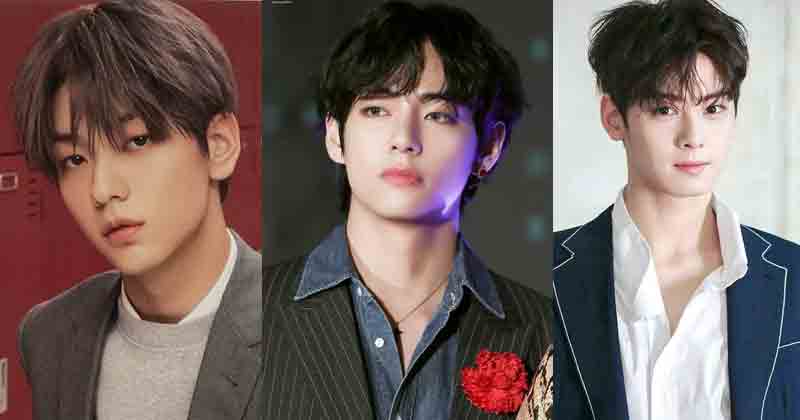 South Korea is infamous for having one of the world's strictest beauty standards. In the country, there are very specif...

South Korea is infamous for having one of the world's strictest beauty standards. In the country, there are very specific features that are considered attractive and even the slightest deviation from it can be considered unattractive. While beauty is subjective, most entertainment agencies select trainees and who gets to debut with those standards in mind. Knowing this, here are the top 10 male visuals in K-pop that have visuals in line with South Korea's strict beauty standards.

Yeosang's beauty is known as having a Western vibe to it. Despite that, he still has features that match the Korean beauty standard. Yeosang has fair skin, a small face with a v-shaped jaw, big eyes with double eyelids, a high nose bridge, and straight eyebrows. His only disadvantage is his height - in Korean standards, he is on the short side, standing at 173cm.

Mingyu is one of the visual line members of SEVENTEEN, as it is not hard to see why. The idol has full lips, big eyes with double eyelids, a sharp jawline, and a slim nose. He also stands at 187cm, giving him legs for days. Talk about model proportions! His only disadvantage is that he is considered tan by Korean standards. In Korean beauty standards, people prefer fairer skin.

Taeyong is known as one of the visual kings in NCT and has been praised for his visuals even while he was active as a member of SM Rookies. Taeyong has a small face with a v-shaped jaw, a high nose bridge, fair skin full lips, big eyes with double eyelids, and straight eyebrows. His only disadvantage is his height, standing at 175cm tall.

Lucas' beauty is undeniable - after all, he was accepted into SM Entertainment with just one modeling audition! As he is half-Chinese and half-Thai, he has features that are considered exotic, yet he still matches the Korean beauty standard quite well. Lucas has a small face with a v-line jaw, big eyes with double eyelids, and full lips. On top of that, his height earns him more points, standing at 183cm tall. His disadvantage is his tanned skin and the fact that he has a larger nose than what is desired.

Bae Jinyoung's visuals have praised ever since his appearance on "Produce 101 Season 2". Upon his first appearance on the show, he was praised for his visuals and was compared to other popular celebrities. Bae Jinyoung is known as the male idol with the smallest face in the industry. On top of that, he has full lips, double eyelids, a v-shaped jaw, straight eyebrows, and a high nose bridge. His only disadvantages are his tan skin and his height, standing at 178cm tall.

V is known as the BTS member with the biggest glow up, with people starting to notice his beauty a few years into BTS's career. He has features that are symmetrical and slightly exotic, making him captivating to people's eyes. His visuals suit both Korean and Western beauty standards, earning praise worldwide. V has a small face, big eyes, plump lips, and a high nose bridge. His disadvantages are his tanned skin, his uneven eyes (he has one monolid eye and one eye with double eyelids), his lack of a v-shaped jaw, and his height, standing at 178cm tall.

Soobin is praised for his "flower visual", with people praising his clean and pure features. Despite how much he fits the Korean beauty standard, he is not an official visual of the group. Soobin has big eyes with double eyelids and aegyo-sal, straight eyebrows, fair skin, a high nose bridge, full lips, and a v-line jaw. On top of that, he stands at 185cm tall, giving him model-like proportions. His one and only disadvantage is that he has an average-sized face.

Ever since his debut, Jin has been praised for his visuals. It's no wonder he was named as the group's "Worldwide Handsome"! Jin has a face that is symmetrical and has an ideal shape. On top of that, Jin has pale skin, a small face with a v-shaped jaw, big eyes, plump lips, and a high nose bridge. His only disadvantages are the fact that he does not have double eyelids and his height, standing at 179cm tall.

Rowoon is SF9's visual as well as the group's acting and CF king. With just one look, he can take your breath away! Rowoon has a small face with a v-shaped jaw, big eyes with double eyelids, a high nose bridge, fair skin, and straight eyebrows. On top of that, he has legs for days, standing at 190.5cm tall. His 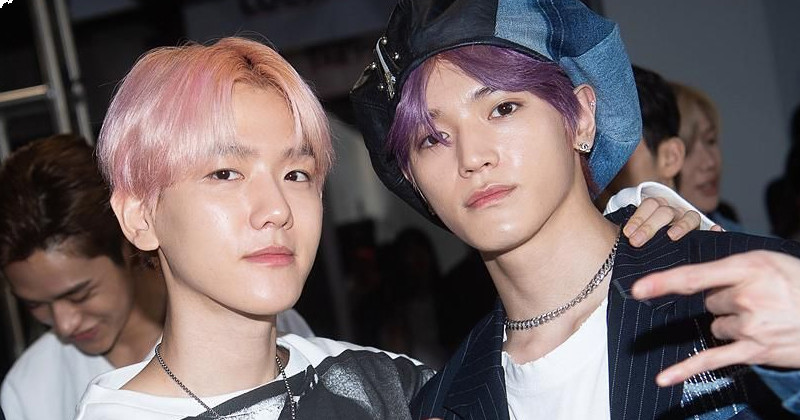