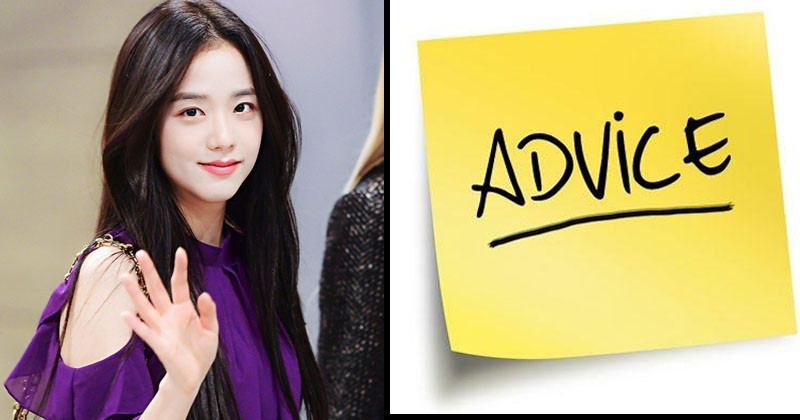 Jisoo is the philosopher the world deserves.

School is super important, but can also be super stressful. BLACKPINK‘s Jisoo wants students out there to know that there’s more to life than just studying. During a live broadcast on August 2, Jisoo read a comment from a fan that said the fan skipped classes to see BLACKPINK and only had encouraging things to say to them.

Rather than scold the fan, Jisoo told the fan that it’s okay! While you shouldn’t make a habit of skipping classes, Jisoo pointed out that the fan was contributing to good memories that they’ll keep forever.

Taking the time out of a busy schedule to have fun is so important. Jisoo, alongside her members, had ended the most successful K-Pop girl group tour in history. If anyone understands the importance of fun amidst responsibility, it’s Jisoo.

She also urged the fan not to worry too much about their relationship with their mother. Not only did she say the fan would become closer to her mom from the scolding, but she said if she was too good of a child her mother would get bored! Kids are bound to mess up, it’s no big deal; parents know this, and Jisoo knows this.

Never fret, students. Sometimes you need to take some “Me Time” & if that “Me Time” includes going to see your favorite artists, then more power to you!

How Does BLACKPINK Jisoo Like To Spend Her Money?

The world first got a glimpse of Kim Ji Soo in 2016 as “Mystery Girl No 3” when YG Entertainment cryptically posted images of its then-untitled upcoming girl group. That band turned out to be the world-slaying juggernaut that is Blackpink and today, as well as serving as its lead singer, Kim is the Korean face of Dior and will soon make her lead debut in a K-drama.

In that time, she’s also accumulated over US$8 million. So just how does Jisoo make money, and what does she like to spend it on?

She comes from a wealthy family

While Jisoo’s relatives are frequently talked about for their appearance (her older sister, Ji Yoon, wowed fans when she appeared in Trio’s Childcare Challenge), others speculate that her family is well-off too.

Born in Seoul, Jisoo’s dreams of becoming a singer and actor were supported by her father, who enrolled her at the School of Performing Arts, which according to Channel Korea charges up to US$10,000 in tuition fees per year.

She starred in music videos and commercials before her debut

Before she became a star, Jisoo profited from her looks and talent by appearing in music videos by K-pop stars like Epik High and Hi Suhyun. She was also tapped by the likes of brands like LG, Nikon, and Samsonite to star in several of their ads.

She even had a brief cameo in the 2015 K-drama The Producers, where she acted alongside IU and other guest stars Sandara Park and Winner’s Kang Seung Yoon.

She now has luxury endorsements with Dior Beauty and Cartier

Jisoo first caught the attention of Dior through their cosmetics brand, Dior Beauty. Soon after, she was selected to be a muse for Dior, modelling for their autumn/winter 2020 collection.

Now, she’s set to bring in even more income by kicking off her acting career. Last August, YG Entertainment confirmed that Jisoo had signed up as lead actress in JTBC’s upcoming drama Snowdrop, alongside actor Jung Hae-in.

How the world fell in love with K-drama romance star Jung Hae-in.

So how does the star like to spoil herself? Just like her bandmates, she has a penchant for designer goods, and has been spotted in Chanel jackets worth up to US$5,000. She also has an enviable bag collection with brands such as Dior, Cartier, Prada, and Burberry. Eagle-eyed fans have done their sums and reckon that her bag collection alone is worth US$88,000.

With the increasing dominance of Blackpink and her upcoming acting career, her wealth will surely only keep growing. What do you think the star will treat herself to next?