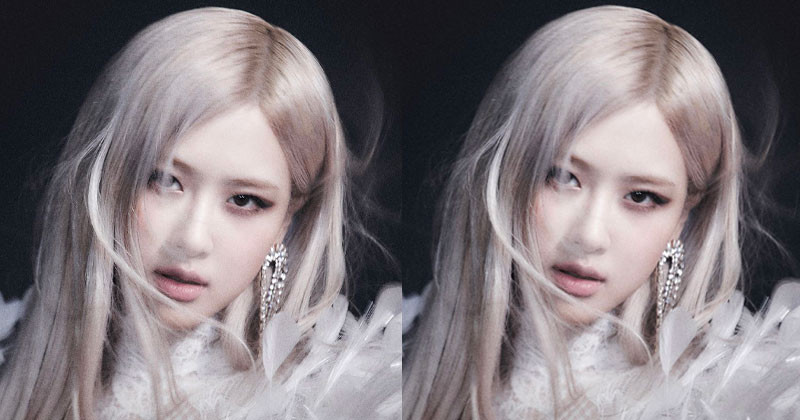 Just imagine the records she’ll break once the album releases.

Less than one day since Rosé‘s first solo album became available for pre-order, the main vocal of BLACKPINK has already broken a record for international orders.

It’s been two and a half years since YG Entertainment announced that all four BLACKPINK members would be releasing their own solo songs and nine months since the company confirmed that Rosé’s solo debut was next on the horizon. Now, the moment all her fans have been waiting for is finally almost here.

Just days ago, it was revealed that Rosé’s debut single album (titled -R-) will be released this March. Unreleased song “On the Ground” will be the album’s title track, while “Gone” (which was previewed at BLACKPINK’s online The Show concert) will be the B-side.

Since the album’s release date was confirmed, Rosé has been stunning fans with gorgeous teaser photos. One poster shows the main vocalist in an elegant gown walking in front of a burning limousine.

Another gives a close-up look at Rosé’s angelic visuals and sultry expressions in a white, feathered outfit.

Now, she’s stunning everyone with sales records too—and the album isn’t even out yet. In around 12 hours since -R- was officially listed for pre-order online, the album has already sold 55,958 copies on Ktown4u—one of the most popular international K-Pop stores.

All three versions of Rosé’s album topped the Ktown4u daily chart. The standard version of the album reached 33,106 sales while the vinyl LP sold 13,451 copies and the kit album sold 6,683 copies.

This impressive feat makes Rosé the first female artist and the first YG Entertainment artist to ever exceed 50,000 pre-orders on the platform in 24 hours. Even BLACKPINK’s hit debut studio album, The Album, only reached approximately 30,000 copies sold on the site on its first day.

The BLACKPINK members just keep getting bigger and better! Since the announcement of Rosé’s solo debut, Jisoo, Jennie, and Lisa have been showering her with love and support on Instagram.

BLACKPINK Rosé Receives Huge Support By Lisa, Jisoo and Jennie On Her Solo

Earlier today, BLACKPINK Rosé announced the release date for her solo debut and shared two new teaser posters to up the anticipation!

Follow the news, the three other BLACKPINK members excitedly took to Instagram to show off their support and love for their bandmate and close friend!

Lisa shared one of the teaser posters with the caption “Omgggggg can’t wait”.

Jisoo shared both of them, tagging Rose and captioning one of them “Finally!!!”

The caption for the second one was “Rosé is coming.” Her excitement is palpable through these posts!

Jennie added fire emojis to her story which conveyed more than enough–her solo is definitely going to be fire.

Of course, she had to share both the teaser posters!

It seems as though the rest of BLACKPINK are just as excited as we are for Rosé’s solo debut! If you haven’t already, you can watch the teaser below.