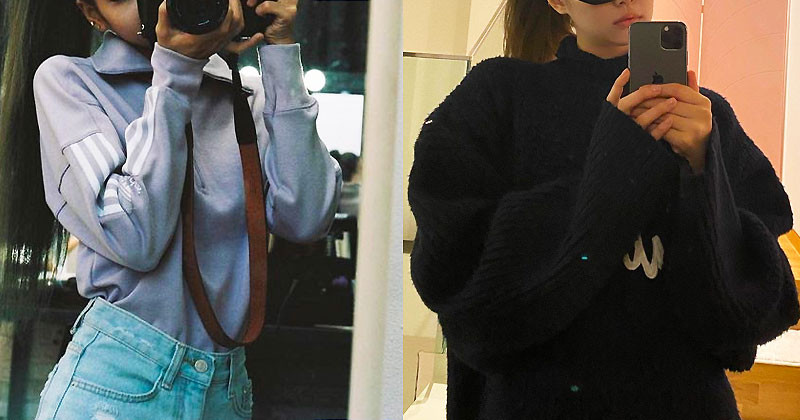 No one can deny that the BLACKPINK members are all social media stars. With tens of millions of followers on Instagram alone, they need to post content often. They know how to impress fans with every single video and photo.

Some of the best types of BLACKPINK content are definitely their selfies. Below are some of their best recent mirror selfies!

1. Jennie, And An Interesting Mirror

Jennie’s mirror is as eyecatching as she is.

What interesting is that Rosé also once took a selfie in front of this unique mirror to show her YSL lipstick. Both of them really catches everyone else's eyes with those stunning selfies.

She’s the coolest girl in the house!

3. Jisoo And Her “Young And Rich” Purchase

Jisoo’s mirror made headlines for being surprisingly expensive.

4. Jisoo With A Sparkle

The glare on the mirror was as artistic as her.

5. Jisoo With A Trippy Filter

She can make you look twice, alright!

6. Rosé Reflected In THE SHOW’s Mirror

Double the Rosé, double the beauty!

Doesn't she look like a cute high-teen in any musical high school movies?

Who needs phones? Lisa has a camera on hand!

9. Lisa With A Digital Camera

Her selfie-style is uniquely classic.

Finally, Jisoo always manages to find the most groovy mirrors!

No matter what they’re doing or wearing, BLACKPINK is the definition of trendy!

BLACKPINK Becomes Official Ambassadors For the

On February 25, the girls of BLACKPINK met up with Simon Smith, the British ambassador to the Republic of Korea, in order to be officially instated as the global ambassadors of the UN Climate Change Conference UK 2021'!

Last year, BLACKPINK garnered attention with their campaign video 'Climate Action In Your Area #COP26', raising awareness toward climate change as well as the upcoming conference hosted by the UK. From now on, BLACKPINK will be promoting actively as ambassadors of COP26 leading up to the full conference later this year from November 1-12.

Meanwhile, BLACKPINK members Rosé and Lisa are currently gearing up for their solo debuts.