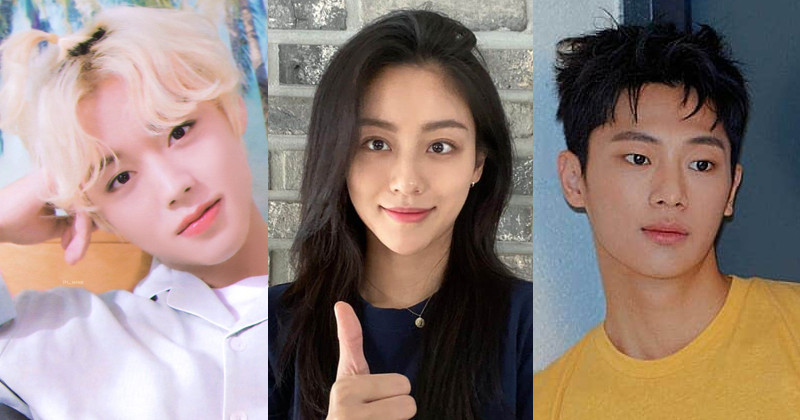 Actors Park Ji Hoon, Lee Shin Young and Kang Min Ah have been confirmed as the main characters of the webtoon-based drama 'Blue Spring From A Distance'.

'Blue Spring From A Distance', which is scheduled to air in the first half of this year, is a story about people in their 20s who try to live the blue spring of life, as the title comes from the phrase "Life is a comedy from a distance and a tragedy from up close."

Based on the popular webtoon of the same name, 'Blue Spring From A Distance' is considered a "university version" of the harsh world. Park Ji Hoon, Lee Shin Young and Kang Min Ah will appear as the main characters Yeo Joon, Nam Soo Hyun and Kim So Bin, respectively.

The role of Yeo Joon, played by Park Ji Hoon, is a new college student who grew up in a good environment. Park Ji Hoon, who was a child actor and showed stable acting skills in 'Love Revolution' and 'Flower Crew: Joseon Marriage Agency', is expected to show perfect portrayal of Yeo Joon, who has secrets that others don't know.

Kang Min Ah plays Kim So Bin, a hard-working college student. Kang Min Ah, who has built up her skills through various works such as 'True Beauty' and 'Park Hwayoung', will captivate viewers through her character with lovely visuals and lively charm.

Lee Shin Young, who stands out with intense eyes, plays Nam Soo Hyun, a master in all subjects and a perfectionist. Lee Shin Young is a character who has not only a warm-hearted appearance but also a feisty and cool-headed charm. Lee Shin Young, who is emitting a handsome visual and unrivaled presence in 'Day and Night' and 'Crash Landing on You', will begin to solidify his position as a leading actor with this drama.

As such, 'Blue Spring From A Distance' is raising expectations not only for tis exciting campus romance, but also for its realistic empathy, and various chemistry of the characters. It is currently discussing with KBS to air in the first half of this year.