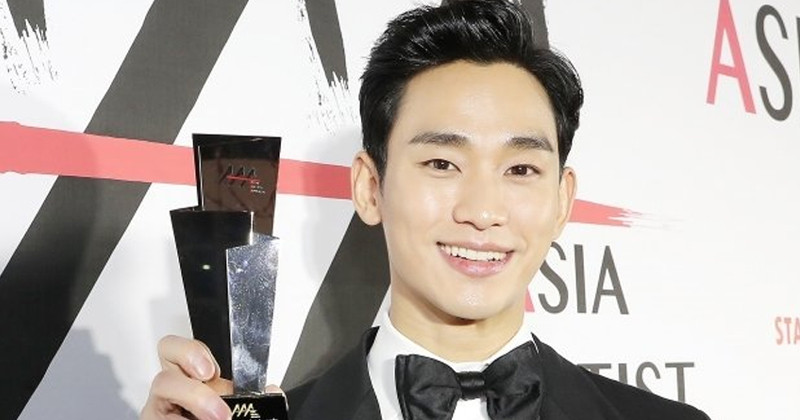 Actor Kim Soo Hyun has rejected to star in Netflix's original series 'Finger', which he once considered as his next work after 'It's Okay To Not Be Okay'.

According to a source from the film industry on December 4, Kim Soo Hyun made the decision to not join the cast of 'Finger', which he actively considered last year. 'Finger' is a Netflix original series that depicts what happens on the fictional world's hottest social app called Discovery. Season 1 will include 8 episodes. Director Jung Ji Woo of '4th Place', 'Heart Blackened', and 'Tune in for Love' will be working with Netflix for the first time for the show.

Kim Soo Hyun was originally proposed to play the role of Sung Yoon Oh, a famous space designer who is the main character of 'Finger'.

Kim Soo Hyun's side has been discussing the casting offer since the beginning of 'Finger', but it is reported that they eventually declined it as variables and differences arose over it.

'Finger' was originally planned to be directed by Han Jae Rim after the film 'Emergency Declaration'. It was also a project that actress Han Hyo Joo thought hard about. However, in the end, director Han Jae Rim dropped out as the filming of 'Emergency Declaration' was delayed in the aftermath of COVID-19, and Han Hyo Joo refused to appear due to the prolonged filming schedule for the drama 'Moving'. Since then, director Jung Ji Woo has decided to take on 'Finger' and resumed the project.

Amid the series of processes, Kim Soo Hyun reportedly said that he had a lot of discussions with the 'Finger' side, but he would not be able to work together with them in the end. 'Finger' is currently casting a new lineup, including the main character.

Meanwhile, Kim Soo Hyun is reviewing several works as his next film after 'It's Okay To Not Be Okay'.