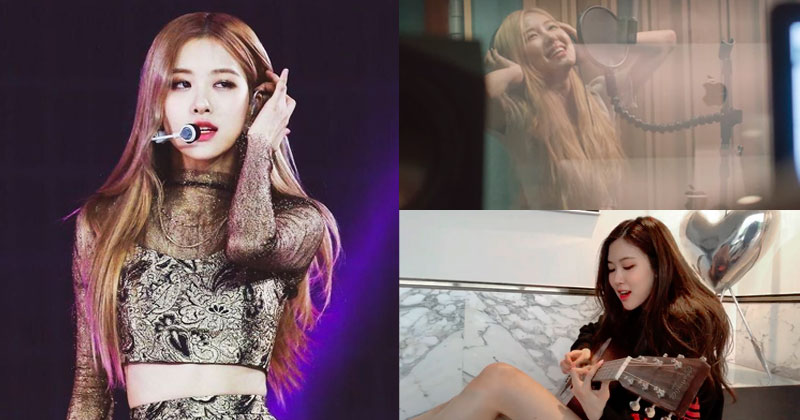 The familiar strategy of YG is to create a huge wave of attention for an individual when they're about to have some spe...

The familiar strategy of YG is to create a huge wave of attention for an individual when they're about to have some special plans for themselves. And this time, BLACKPINK Rosé seemed to be the one receiving which ensure that Rose is having her first solo project any soon!

BLACKPINK has passed the second week of promoting the song "Lovesick Girls". This week, the group continues to have a presence on the Music Core music show. If in the last week performance, BLACKPINK wore the set of clothes in the MV, then this time the girls changed to brand new outfits, adding more eye-catching and attractive to the stage. The outfit is off the table, but the difference between the members is something worth mentioning.

Specifically, Rosé is dressed in a different outfit that stands out from the team members. While her teammates Jennie, Jisoo and Lisa are all pure black from outfits to hair colors, Rosé individually wears brightly colored outfits from top to bottom. Plus, her dazzling platinum-colored hair enhances her white skin, making her brighter on the stage, even overwhelming the other 3 members.

At this stage, it's hard to take her eyes off Rosé, no matter how much she changes positions and dances in any position. BLACKPINK is all wearing a different outfit, but the outfit yesterday with the exact opposite color tone between Rosé and the other 3 members will make many people wonder. Netizens stated that this is not "push" at all.

Recalling the past, Jennie just needed a different skirt than the other 3 sisters to immediately cause controversy that YG "pushed" immediately. Is history a repeat of Rosé this time?

In the past, the moment before Jennie was about to release a solo product, she suddenly received a lot of special treat, being the most awarded in the group. Although Jennie had to take a lot of "criticism" for becoming the shining ace while the other members were discriminated against, but it was undeniable that the controversy also created a lot of heat to help her solo. Jennie was incredibly successful.

Is it possible that YG now wants to use the old technique that was successful in the past, pushes the image recognition for Rosé to pave the way for the upcoming solo performance, continuing the previous "tradition". with Jennie?

Especially when Rosé's solo story lately is more exciting than ever. Anyway, this is just a hypothesis that if you want to know the real results, you can only wait for YG's upcoming move.