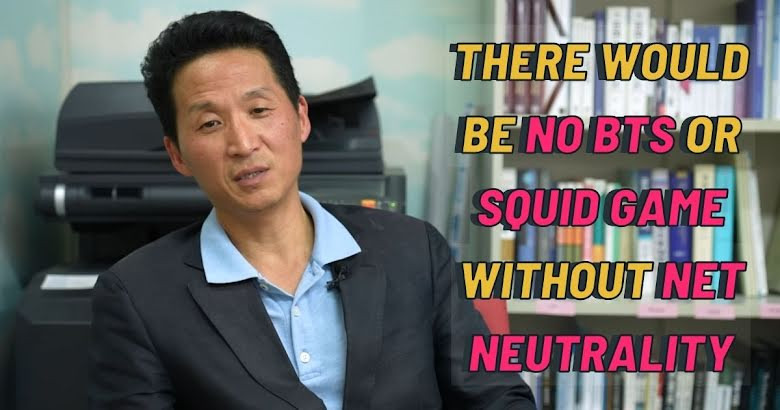 The South Korean government is trying to pass a bill that will change how content is consumed within the country forever. The bill aims to make Internet Service Providers (ISPs) legally bound to charge a delivery fee every time their consumers access any content. This will not only make the internet in South Korea way more expensive than it already is but could also trigger the death of Net Neutrality globally.

What is Net Neutrality?

Before understanding the concept of Net Neutrality, it is necessary to get familiar with two terms- Internet Access Fee and Network Usage Fee. When you subscribe to an ISP, you pay them the internet access fee, which is a recurring fee to stay connected to the internet. This money covers the physical cost of the necessary infrastructure that keeps you connected and is charged according to the connection capacity and not the volume of data consumed.

A network usage fee is the money content creators are supposed to pay to the ISPs whenever their users watch their content. This term was coined by South Korean ISPs in 2011 when they wanted to charge large platforms like NAVER and DAUM (now KAKAO) additionally on top of the internet access fees.

Professor Park Kyung Sin, a law professor at Korea University, uses the example of a water connection to simplify the concept of the two types of fees. If you think of the internet as water, then the money you are paying the ISPs is for the pipeline they are building in your house to establish the connection. The ISPs are supposed to charge you according to the pipe’s capacity and maintenance cost. But a network usage fee is when the service provider asks you to pay for how much water you are consuming.

Now, imagine if each ISP is a house and several houses make up a village. The said village has no roads, so each house decides to build a small road up to the neighboring house. This way, when all the houses end up building a short road to the next house, the village gets a well-connected road system that everyone can use to go anywhere. This is the basis of net neutrality, which says internet service providers should enable access to all content and applications regardless of the source and without favoring or blocking particular products or websites. Bringing a network usage fee will automatically create financial biases within the internet ecosystem that will break the existing principle of net neutrality.

All of us who use the internet already pay telecom companies the internet access fee that covers the maintenance cost of their infrastructure and their profit. Currently, no telecom company or ISP charges for the amount of data its users consume, except for Korean telcos.

The 2016 “Sender Pays” Rule for Interconnection

In 2016, the Ministry of Science, ICT, and Future Planning (predecessor of the Ministry of Science and ICT) began enforcing the revised Interconnection Standards for Telecommunication Facilities, requiring ISPs to charge for the traffic they receive from each other. That means if a content creator uploads a video on ISP A’s server, and someone using ISP B requests to view the content, ISP B has to charge ISP A a fee each time the request is made.

For viral content that is being viewed in large numbers, the fee became so large that ISPs couldn’t continue to bear it, and it trickled down to their subscription fees. These companies raised their internet access fee to keep up with the data toll, which bumped up Seoul’s internet fees ten times higher than Frankfurt, eight times higher than London and Paris, and 5-6 times higher than New York. Many content creators and start-ups left the country after this.

How The New Bill Will Make It Worse

The new proposed bill is supposedly targeting big companies like Netflix and YouTube that have huge markets in South Korea. The plan is to make the platforms pay to the South Korean telcos every time someone from the country requests the content from them. For example, if the law was already imposed in 2021, every time someone in South Korea watched Squid Game, Netflix would have to pay Korean telecom companies a delivery fee. One can only imagine how high the accumulated cost would have been for a popular series like that.

Eventually, these platforms will either stop operating in South Korea altogether or will start charging creators and content consumers additional amounts of money for accessing any content. So, instead of creators getting paid by platforms for making viral content, they will have to pay the platform. For the viewers, the cost of getting their hands on any title will be much higher.

Why Isn’t The Public Alarmed?

According to professor Park, the government is masking the motive behind this bill under the garb of nationalism. The justification is that big platforms like Netflix, Tiktok, and YouTube are making large amounts of money from the Korean market. But Korean telcos providing the necessary internet access for these platforms to conduct business are not getting paid as much.

There is also a cultural mindset at play here. Professor Park says that Koreans are diligent by nature and believe nothing in life comes for free.

According to Professor Park, the general public cannot grasp the gravity of the situation thanks to how the legislators are marketing the bill, and the local media are reporting it. He feels that the Korean public might get complacent, thinking it is a small and fair hike in price at an individual level. But its consequences can be far-reaching.

Professor Park and his organization, Open Net, are working day and night to ensure Net Neutrality in South Korea is not killed off for corporate profit because it can bring fateful ramifications. If this new law gets passed in South Korea, the only ones who stand to benefit are the three major telcos of the country- KT Corporation, SK Telecom, and LG U+.

Popular media, or “killer content” as it is known, will be the first to take the blow if the bill is passed. As the Open Net website puts it, there will be no BTS or “Baby Shark” under this new law. But in the long run, South Korea might set a dangerous precedent that will completely distort the Internet ecosystem as more and more countries might want to follow suit. It will take away the democratic power of the medium and put it at the mercy of corporations and politicians.