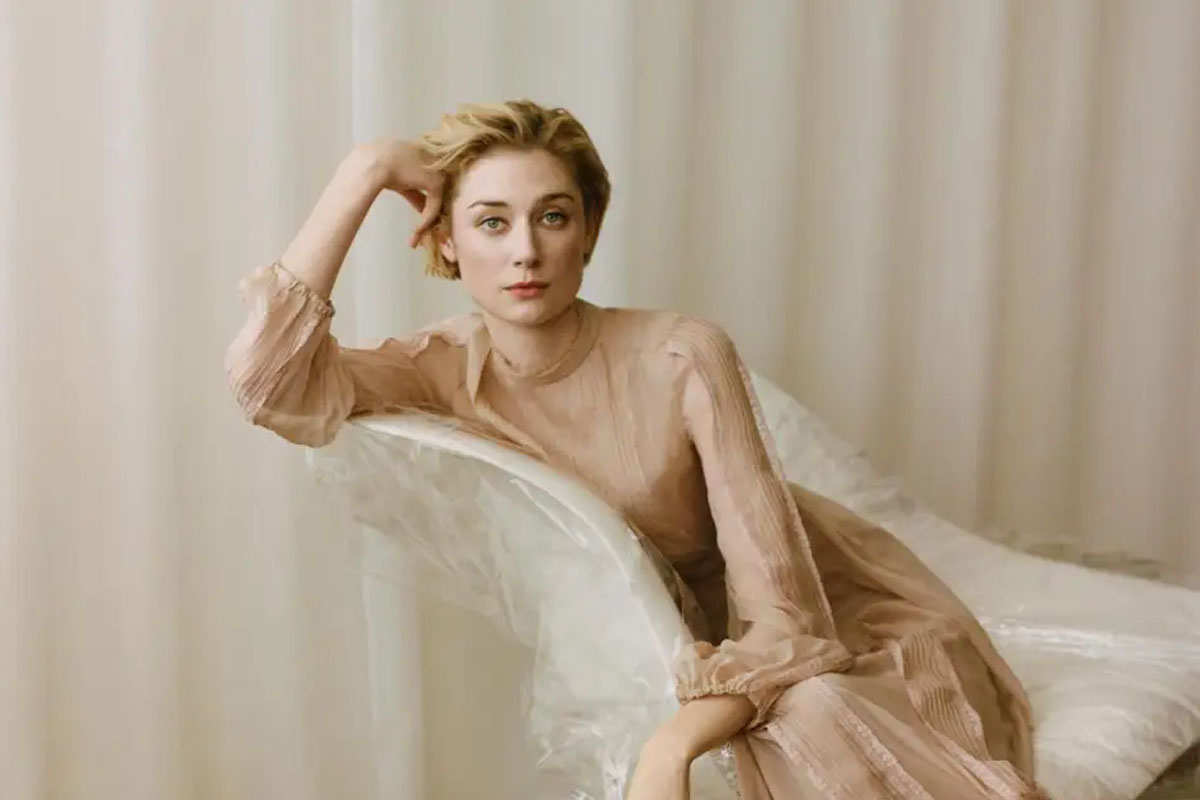 In addition to the ingenious content with heavy tricks, blockbuster Tenet also captures viewers by the beauty of Elizabeth Debicki.

In the blockbuster of director Christopher Nolan, Tenet, besides the skillful script or the excellent performance of the two male leads Robert Pattinson and John David Washington, many audiences are also fascinated by Kat - the female lead of movie with extremely luxurious beauty. The name Elizabeth Debicki - who played Kat - is probably unfamiliar to audiences, but her face is not. Possessing excellent beauty with long legs and a height of up to 1m90, this 1990-born actress is becoming the focus of Hollywood after her success from Tenet.

Since childhood has been working with art

Elizabeth Debicki was born in Paris to a father and mother who are both ballet dancers, and has inherited her love of art since childhood. Before deciding to go into acting, she had a long time practicing ballet under her parents.

While studying at high school in Melbourne, Elizabeth Debicki showed her talent by consistently achieving perfect scores in acting. Her academic excellence also earned her a valedictorian degree from the school in 2007. By 2010, the young girl graduated from the Victorian College of the Arts and received a grand award from the school.

With a long record of achievements, talent and advantages in appearance, Elizabeth Debicki quickly became the bright face of many directors and magazines, paving the way for her expanding career in Hollywood.

The movie career is full of blockbusters, the number of nominations and awards makes everyone hats off

Thanks to her role in the 2011 Australian debut A Few Best Men, Elizabeth Debicki was noticed by director Baz Luhrmann for her film The Great Gatsby. Her captivating portrayal of Jordan Baker helped the actress take home the AACTA award for Best Supporting Actress - also the first of her career.

By 2015, public audiences saw Elizabeth Debicki in the spy movie The Man From U.N.C.L.E., up against "Superman" Henry Cavill. The other two films of the year, Macbeth and Everest, were also considered to be great successes, helping to push Elizabeth Debicki's name into the spotlight and received much attention. Few know, Elizabeth Debicki has also become a part in the Marvel cinema universe with her role as the leader of the Sovereign - Ayesha in the movie Guardians of the Galaxy Vol. 2 and Vol. 3.

Although she has participated in many famous films, Elizabeth Debicki's acting has not really been appreciated until the two works The Tale and especially Widows and the big stars. The international press did not regret her praise for her performance and highly appreciated the shade when it was not overshadowed by other veteran names, Viola Davis and Liam Neeson.

Widows is the great escape of Elizabeth Debicki, bringing her many praise for her power

Coming to Tenet - the most heavily invested blockbuster in 2020 by director Christopher Nolan, Elizabeth Debicki's career seems to turn to a new page with an emotional and charming Kat character, even somewhat overwhelming. the male lead John David Washington. The Guardian journalist Peter Bradshaw emphasized that the evil actor "expressed very human emotions when she screamed, cried and laughed in a way that was not like anyone else".

With an acting career that has lasted for 9 years, this beauty has won 5 big and small awards such as: Best Supporting Actress at the Australian Academy of Arts and Television Awards, Actress Best new at the Sydney Theater Awards, … and countless nominations for your roles. In particular, the movie itself earned Elizabeth Debicki 16 acting nominations.

The fashion sense to Vogue must also be fascinated!

Whether on the film or on the red carpet, Elizabeth Debicki wore gorgeous outfits with a luxurious charisma, combined with long straight legs that made everyone look. Her beauty was commented by Vogue - a famous fashion magazine as "timeless beauty - nostalgic, noble and will be popular in 100 years."

From The Great Gatsby, The Man From U.N.C.L.E. and The Night Manager to the 2018 lesbian-themed movie Vita & Virginia, Elizabeth Debicki, did not forget to overwhelm viewers with the beauty and outfits that this pink shade wears. She is portrayed as a very careful person with the clothes she wears and is very interested in the meaning it gives her character image.

Private life, say no to scandalous

Being the focus of the press for a long time, the young actress has never revealed her private life. Although she had been dating rumors with actor Tom Hiddleston after the movie The Night Manager, she did not confirm but only talked about the actor as an ideal male role model. Several times, the 1m9 tall actress also answered that she was not afraid to love a man whose height was shorter than her.

If many major Hollywood artists use Facebook, Instagram or Twitter to promote their names and interact with fans, Elizabeth Debicki chooses to stay away from these social networks. According to her, the only thing she wants people to care about is mainstream art works instead of trivial details, unwanted dramas arising from social networks.

In the near future, viewers will also see Elizabeth Debicki in the hit series The Crown from Netflix. The young actress will participate in the last two seasons of the film as Princess Diana, continuing the tragic life story of "British rose". As a film that is highly appreciated and has been awarded countless prestigious awards in the world, The Crown promises to bring a charming, intelligent, emotional and talented Elizabeth Debicki.