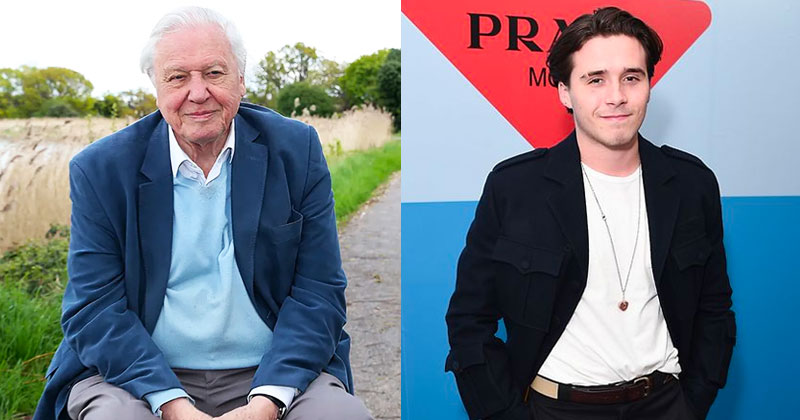 The eldest son of David and Victoria Beckham unveiled a collection of photos that he captured of Sir David Attenborough - and fans aren't happy.

Brooklyn Beckham's photography skills have not been met with gushing praise.

The son of footballing ace David and popstar-turned-fashion designer Victoria revealed on Instagram on Sunday evening a collection of snaps he captured of Sir David Attenborough, 94, as he shot his new environmental documentary, A Life On Our Planet.

And after the unveiling of the photos, the 21-year-old was slammed for lacking skill and technique - with many saying that he only got the opportunity to take part in the special project because of his famous parents.

One social media user hit out on Twitter: "Brooklyn Beckham released his photos of David Attenborough and whew chile.... No skill, just vibes (and nepotism)."

A second added: "Caption: I am so lucky to photograph David Attenborough... Yes 'lucky' sweetie, but not in the way you think. Luck by way of an accident of birth!"

A third echoed: "Wow! Isn't it amazing what having famous parents will get you, when you don't have any actual talent?"

Other unimpressed social media users pointed out how uninspiring they felt the images were and hinted that they had a child-like quality.

"Loooool giving me strong memories of taking my little compact digital camera to the park when i was 13," wrote one.

Another typed: "All he does is point and shoot. No technique or imagination."

When you subscribe we will use the information you provide to send you these newsletters. Sometimes they’ll include recommendations for other related newsletters or services we offer. Our Privacy Notice explains more about how we use your data and your rights. You can unsubscribe at any time.

"I’ve just looked seriously people have taken better photographs of their grandads on an iPhone" penned another.

Some other social media users compliment Brooklyn on his snaps.

A second added: "A legend of our time. How fortunate you are @brooklynbeckham."

A third joined in: "That's amazing. Talk about an amazing start on your portfolio x."

The comments on Brooklyn's photography talent come after he posted the offerings onto his Instagram grid on Sunday.

He wrote alongside the post: "I am excited to share these photos at last. I was so lucky to be invited by @wwf_uk to join @davidattenborough as he filmed scenes for his new film A Life on Our Planet a while ago.

"Can’t believe I got to photograph him. I was really nervous but he was so relaxed and kind to me a true gentleman.

"He just loved that we were all there and wants young people to learn more about the planet so we can do what we can to save it. Will never forget this trip. Thank you so much Sir David can’t wait to watch the film."

The eldest son of the Beckhams dropped out of new York's Parsons School of Design in 2018, where he was studying.

Last year, Brooklyn was privileged enough to be able to do an internship with iconic photographer Rankin.

Insiders told The Sun that Brooklyn struggled with even the easiest jobs and was having to be treated like a total novice during his time as an intern.

"Everyone knew Brooklyn's work needed fine-tuning but no one knew his knowledge of the simplest tasks was so off.

"Everyone had high hopes for him but it's not been the most impressive start. He's lacking in most areas but he's trying to make up for it in enthusiasm."

Brooklyn released a photo book in 2017 called What I See, which was panned for being "blurry". 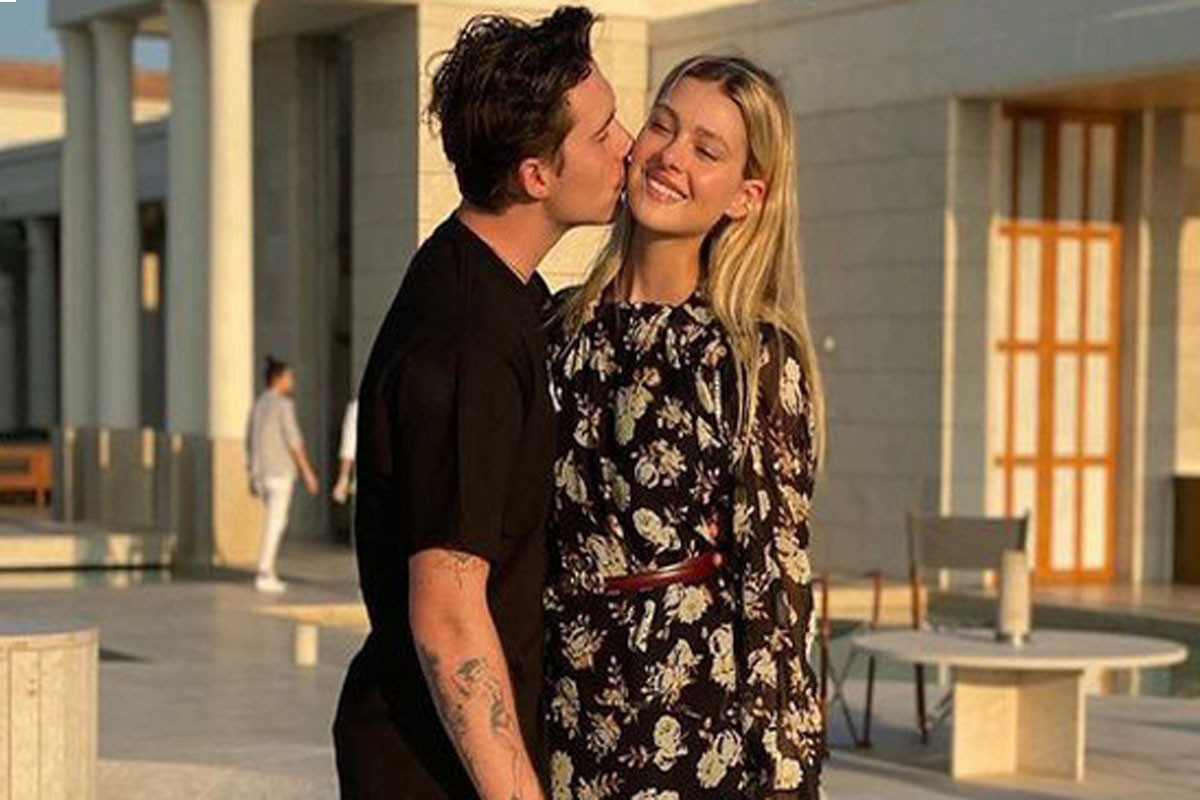 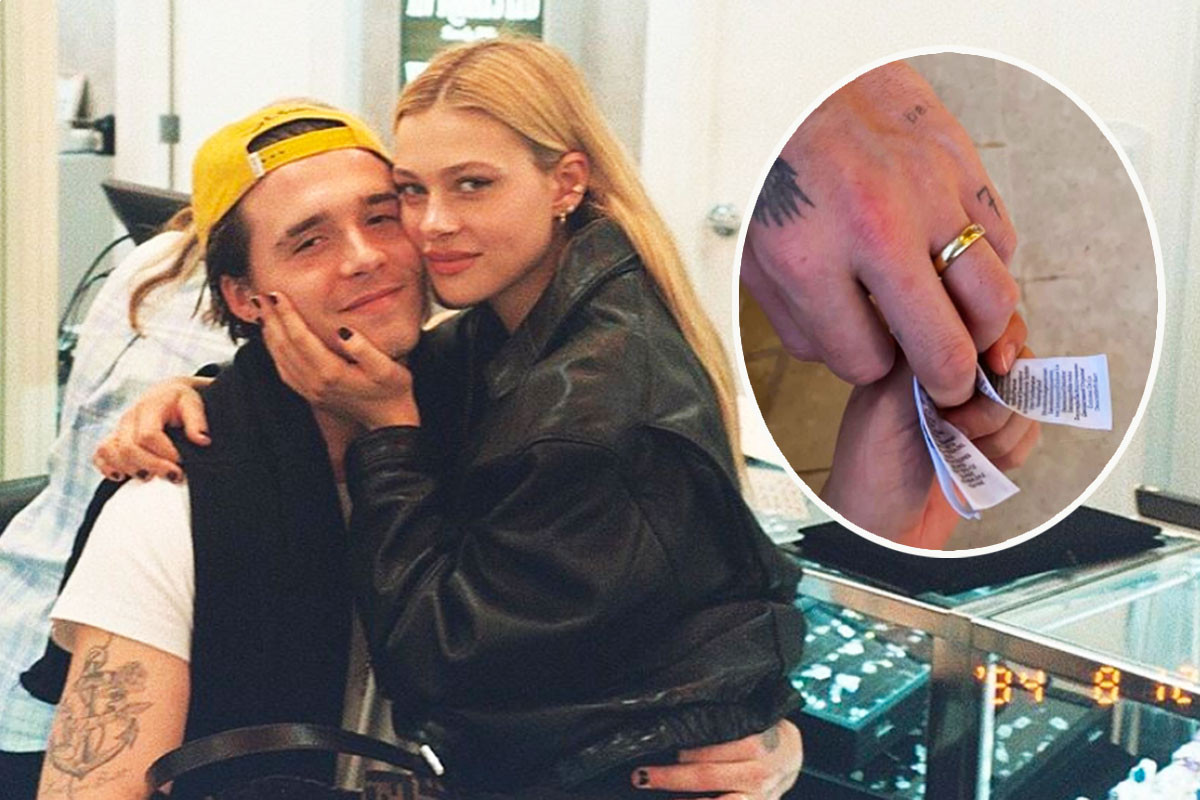