K-Pop girl groups have become a global phenomenon thanks to their addictive melodies, production values, visually stunning choreography, and the exceptional beauty of their members. Here's the list of top 10 most popular and beautiful K-Pop female idols who will make your jaw drop!

Kim Seolhyun is the visual member of the K-Pop group AOA and is famous for her beautiful looks. With her beautiful glowing face, she even made it to the top prettiest idol ranks in the country. Also, she often appears in public with no makeup. This beauty is not only the vocalist, lead dancer and face of the group, but she has also starred in TV dramas like Ugly Alert (2013) and Orange Marmalade (2015)!

Zhou Jie Qiong, also known as Kyulkyung, is a member of K-Pop girl group PRISTIN. In the past, she was a part of another Korean group called I.O.I, which was formed through the survival show Produce 101. This girl even made her solo debut in China!

She is one of the prettiest K-Pop girls, it’s no wonder she is the visual, face of the group! She has also made her debut in an acting career, starring in the historical mystery drama Miss Truth!

Jeon Somi, mainly known by her mononymous name Somi, became incredibly famous back when she was a member of the now disbanded Korean K-Pop group I.O.I. The girl participated in such survival shows as Sixteen and Produce 101. Now, she is promoted as a solo artist.

Somi mesmerizes everyone who looks at her with her half-blood beauty and incredible dancing and singing skills! Yes, Somi wasn’t born in Korea, she is considered a Canadian singer. Her father is Dutch-Canadian and her mother is Korean. Today, her pretty face easily attracts people and gains her admiration. There are so many brands that want her to have as their model because of her visuals. However, it hasn’t always been this way. Back to the time when she was in school, she was constantly being bullied for being mixed.

Chrystal Soo Jung, mostly known simply as Krystal, is a member of K-Pop girl group f(x). The gorgeous and charismatic actress, a sweet girl makes you love everything about her! And yes, she is not only a member of the popular K-Pop group and sweetest girl ever; she has also starred in many popular Korean dramas! You can see her in such dramas as My Lovely Girl, The Heirs, Bride of the God Water, Prison Playbook, and Player!

Born in Tennoji-ku, Osaka, Japan, Sana Minatozaki (known simply as Sana) is a vocalist and lead dancer of TWICE, the highly popular K-Pop girl group. There’s no doubt, she is one of the most cheerful people you have ever met! She’s always smiling, trying to see only the positive side of things.

Kwon Eun Bi is a South Korean singer, the leader of the project girl group IZ*ONE and a former member of the K-pop girl group Ye-A.

Dayul is a member of the K-pop girl group DAONBIN and Rockit Girl (and also a former member of Baby Boo under another stage name, Dabin). In 2016, she made her debut in with the group Baby Boo with their single “Kiss Me”. However, in 2018, she and Daon departured from Hyunda company and reformed as a group called DAONBIN. Also, Dayul competed on The Unit, the survival show. After some time, she decided to join the group Rocket Girl.

Kim Ji-soo, mostly know as Jisoo, debuted as a member of Black Pink, the K-Pop girl group that is highly popular worldwide! It’s impossible not to admire the absolutely breathtaking visuals of this girl! Not to mention her great personality and talent that earned her such success! Everyone in Black Pink agrees on that she’s the prettiest in the group, she’s exceptionally gorgeous!

Bae Joo-hyun , better known as Irene, is a member of Red Velvet. Apart from her group activities (she is the leader in the group), she has also made her acting debut starring in Korean web drama The Female Employees of a Game Company, where she was a female lead.

Irene is so beautiful, it’s just unbelievable. She’s considered a timeless and distinct beauty, and also is really talented vocally and physically. This makes her a “Modern Visual”!

Chou Tzu-yu, mostly known by her mononym Tzuyu, is a talented visual of K-pop girl group TWICE. K-Pop draws many international talents to come to the country and become real idols. With auditions held in different parts of the world, entertainment agencies discover more and more hidden gems. Tzuyu Is one of such gems!

Koreans noticed the girl’s great visuals long before she debuted on the TV show SIXTEEN. And once she became the part of the group, the fans went crazy from happiness! They call her “Taiwanese Goddess”, as she charms so many fans not only in Korea but also all over the world! With her charming, beautiful face and amazing body shape, it didn’t take long for Tzuyu to become TWICE’s “top visual” member. These 8 Female Idols are Praised for Their Gorgeous Proportions 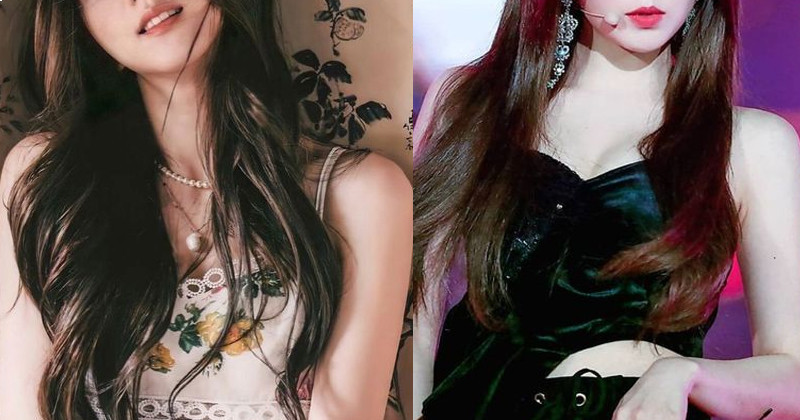 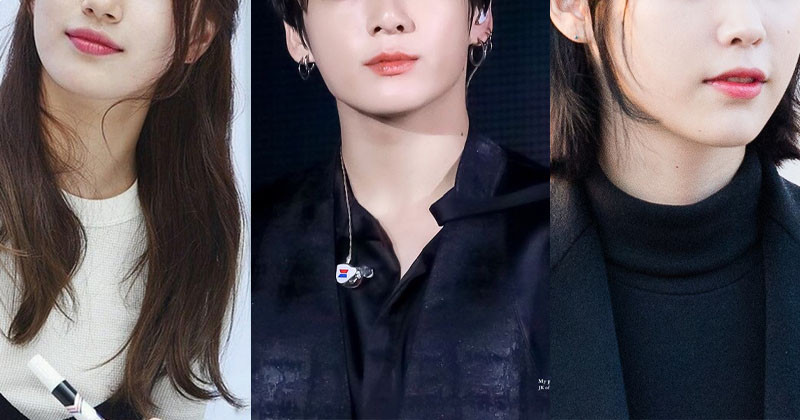