BLACKPINK Gains New Achievements With "How You Like That" & "The Album" 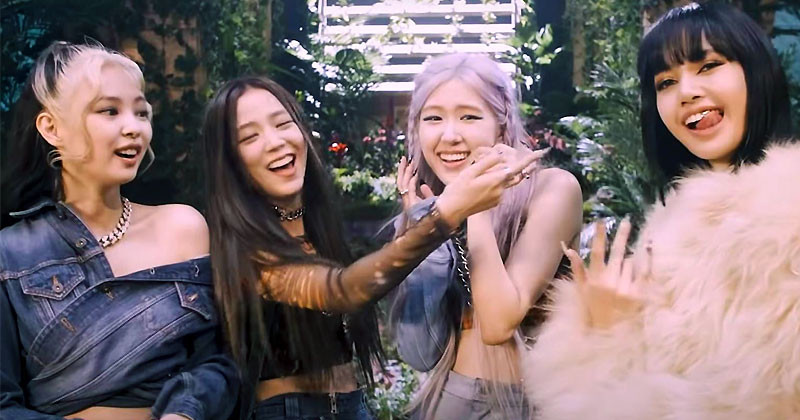 There is no denying that BLACKPINK remains one of the most popular female groups around the world. One testament to that is that Forbes, an American magazine that focuses on business, investments, technology, and lifestyle news, named Jennie, Lisa, Jisoo, and Rose as the world's biggest girl band.

Things did not end there since BLACKPINK continues to break records time and again. As a matter of fact, Jennie, Lisa, Jisoo, and Rose have included in India Times' list of most viewed music videos released in 2020 - the only South Korean girl group to ever make it to the tally.

Topping the ranking is Canadian rapper-singer Drake with his song called "Life Is Good," which garnered a total of 1.4 billion views on YouTube in 2020. Following the former boyfriend of RnB singer, Rihanna is BTS with their popular track titled "Dynamite," which drew over 739 million views last year.

BLACKPINK, on the other hand, was able to nab the third spot with their "How You Like That" music video, which collected more than 717 million views in 2020. Indian rapper Badshah followed in the fourth rank with his song called "Genda Pool," which gathered approximately 694 million views last year.

American rapper 6ix9ine secured the fifth spot with his track titled "Gooba," which earned a total of 661 million views on YouTube. "Hawai" by Maluma then followed in the sixth rank after garnering more than 576 million views. Completing the list is "Yummy" by Justin Bieber with approximately 555 million views, "Agua" by J. Bavin and Tainy with 522 million views, BLACKPINK's "How You Like That" Dance Performance with 493 million views, and "ButtaBomma" by Armaan Malik with a total of 492.7 million views.

Apart from being the only South Korean girl group in India Times' list of most viewed music videos released in. BLACKPINK is also the No. 1 most searched topic on MelOn. Their first full-length album "The Album" LP has also spent 13 weeks on the Billboard 200 Chart, which makes them the longest-charting South Korean female act album in the said tally.

Aside from that, "The Album" is also the No. 20 LP in the Billboard Top Album Sales Chart. Jennie, Lisa, Jisoo, and Rose's latest album has been in the said ranking for 13 weeks already and even peaked at No. 1. It even entered Billboard 200 at No. 98 in its latest ranking; it is already on its 13th week on the said chart and peaked at No.2.

Meanwhile, Jennie, Lisa, Jisoo, and Rose are said to be preparing for their imminent virtual concert called "The Show," which is inspired by their latest album titled "The Album." BLACKPINK is set to perform virtually, without physical audiences, on Jan. 31 after it postponed the event as compliance with the stricter regulations of the South Korean government against the COVID-19.

If that is not enough, avid followers of Jennie, Lisa, Jisoo, and Rosé are also celebrating the fact that the BLACKPINK Official YouTube Channel has collected more than 15 billion views already. The South Korean girl group remains the sixth most viewed female artist channel on the popular American online video-sharing platform.

The BLACKPINK Channel is also the second most viewed channel by a Korean act on YouTube. SMTOWN took the top spot with more than 19.1 billion views. Big Hit label AND JYP Entertainment, then, followed in the third and fourth spots with 13.8 billion and 11.5 billion views, respectively.

Jennie, Lisa, Jisoo, and Rosé's "How You Like That," "Ice Cream," "Sour Candy," and "Kill This Love" tracks were also included in the Top 10 most-streamed K-pop songs globally on Spotify. Other tracks that made it to the list include "Dynamite" by BTS, "Boy with Luv" by BTS and Halsey, "Black Swan" by BTS, "On" by BTS, "Psycho" by Red Velvet, and "Wannabe" by ITZY.

"Ice Cream" and "Sour Candy" also entered the Most Streamed K-Pop Collaborations Globally list. Most, if not all, fans are aware that "Ice Cream" was BLACKPINK's first celebration with Selena Gomez and Ariana Grande, who was part of the song's composition and arrangement. "Sour Candy," on the other hand, is Jennie, Lisa, Jisoo, and Rosé's first-ever collaboration with Lady Gaga.