Is This Girl BLACKPINK Rosé or Truly Rosé From BLACKPINK? 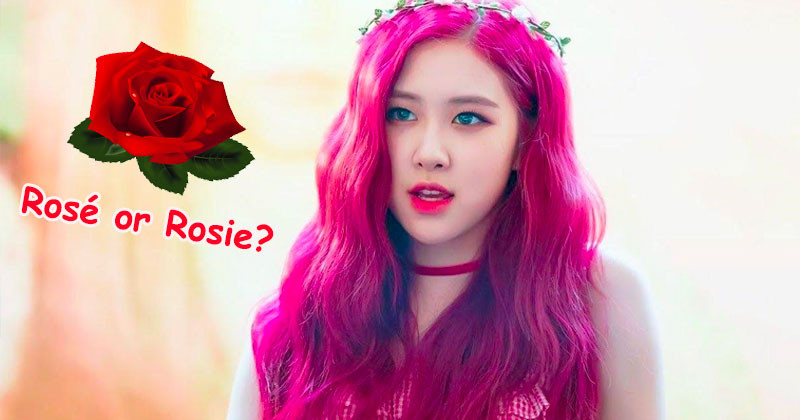 Have you ever thought that Rosé is her real name, not stage name?

THEQOO has recently announced a survey including some idols' names which are so popular and well-known that fans and even non-fans think those are the idols' real names.

And THEQOO also stated that Rosé from BLACKPINK ranks 1st on this list that people think this is actually her real name!

Born in New Zealand and raised in Australia, Park Chaeyoung/Roseanne Park is Korean/Australian when she spent most of her young times in foreign country and just moved back to Korea to follow her dream.

When first being announced as a member of BLACKPINK, Rosé is thought to be her real name since in Korea, there is a dish called Rosé pasta that is popular to a major amount of people. That's why many Korean people think that this is the real name of the main vocal!

Let's check out some comments below:

"Let me give you some info, Rosé's real name is Roseanne, nickname is Rosie and her stage name is Rosé @@"

"So Rosé is just her stage name... Because Jennie also use her real name so I thought Rosé did too ㅋㅋㅋㅋㅋ"

"Her real name is Roseanne Park, what a beautiful name."

"Rosé sounds really fancy ㅋㅋㅋㅋㅋ I thought that is her real name!"

"Rosé sounds so royal and posh!"

"What is Rosé's nationality? Roseanne is not a common name for me."

Have you also have the same thoughts as them?