If there is a title for EXO, it is true that the most cheating group in Kpop right from the debut has been engulfed in scandal in 2020...

If there is a title for EXO, it is true that the most cheating group in Kpop right from the debut has been engulfed in scandal and by 2020, the fandom will be stirring up because of idols.

2020 is a milestone that both the EXO group and their fan community want to forget. The 9-year-old group EXO is still the key boy group of SM Entertainment and ranks top in Kpop. Instead of devoting all to developing the group, EXO has to face a series of scandals that lead to the risk of dissolving when the majority of the members are about to enlist.

Chen and Suho have just joined the army and Chanyeol has just met a big emotional "scandal," the 9-members group is now only looking forward to the solo activities of leader Sehun and Baekhyun. But in the last days of 2020, Baekhyun also had bad luck because of "gagging".

Chen got married and became a father without "asking for permission from fans".

"Opening the bowl" earlier this year was a shocking event in the Korean entertainment industry: member Chen of EXO announced his marriage and became a father. This announcement by Chen not only made K-net boil over, but the EXO fan community (EXO-L) also made a stir.

A series of fandoms announced the closure and aroused a movement asking Chen to leave the group because fans said they could not stand the fact that he was an idol. To fans, this is Chen's betrayal towards them.

Under pressure from fans, SM Entertainment finally chose to side with Chen and announced that he would not leave the group because of marriage news. However, fans still cannot ignore the idol but frantically attack with many actions that pressure Chen.

From closing a series of fandoms, burning records and publications with Chen, attacking his personal pages, on group posts, or even "revenge" on Chen's family and his wife back home. The wave of boycott Chen in Korea reached its peak after the male idol's superficial announcement and SM's management company.

This past September, Chen released the soundtrack song Your Moonlight, an OST for the SBS drama Do You Like Brahms. With Chen's warm and emotional voice, Your Moonlight has received a lot of love from fans.

However, instead of praising as usual, Korean netizens, especially many EXO Ls, relentlessly criticized Chen and said that he "has a thick face when he still persists in staying in the group even though his back is turned by fans".

On October 26, Chen officially enlisted in the army. But instead of the long line of fans seeing off, Chen only had the remaining members in the group, showing that the anger of EXO's Korean fans and the male singer has not progressed well.

Chanyeol was accused by his ex-girlfriend of "unfaithful"

Another member that is equally unlucky in 2020 is Chanyeol. Accordingly, last October, when Chen's big "seal" could not calm EXO-L, the male rapper Chanyeol "dealt" another fatal blow when an account claimed to be his 3-year girlfriend. The rapper had an affair with more than 10 girls during the time they were dating.

Facing the anger of the fans, the SM family had a limp response to the Chanyeol incident, causing many people to assume that the company was implicitly admitted. This incident was like "putting oil in the fire" amid EXO's sensitive moment.

Specifically, Chanyeol was accused of pretending to play the piano while covering the song "All of me'' at a concert a few years ago by EXO. Fan believes that there is no such thing as one hand holding mic, one hand still playing the piano perfectly as playing with two hands. The online community also confirmed that Chanyeol's hand position did not match the sound emitted in the audio.

Another time, Chanyeol also caused panic when he dropped the drumstick while performing, but the sound was ... perfect as usual.

To show his opposition to Chanyeol, many Korean netizens "stoned" every program he was present. Typically, the reality show Law of the Jungle that male rapper plans to continue in the new season.

Although many fans still defy their idols, Knet still constantly wonders if the male rapper is really talented as the media praised?

In the last days of the year, Baekhyun, the member who attracted fans of the group, once again gave EXO-L a headache when it was revealed to reply to Chen's anti-fan - who previously posted a boycott and attacked Chen on the page. personal Twitter.

Some fans tried to defend Baekhyun that he didn't know this person was anti-Chen, but it was extremely absurd that the fan post was so popular in the group's fandom community.

This action by Baekhyun caused a stir in the EXO-L fan community between supporters and anti member Chen. 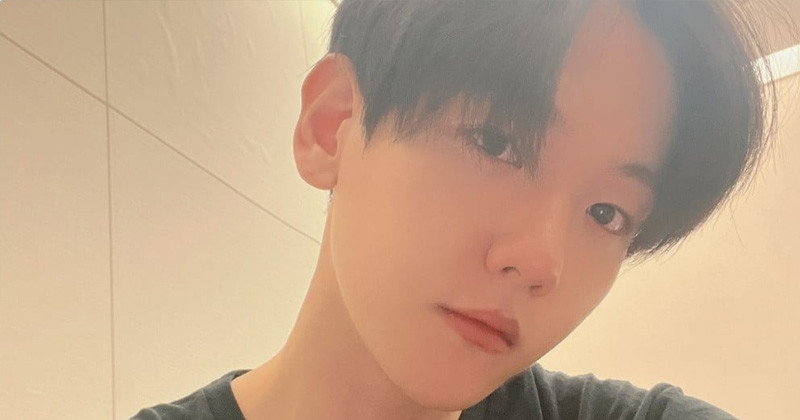