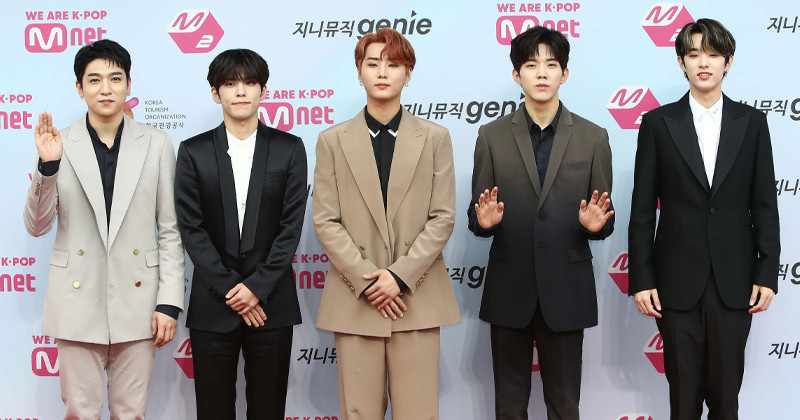 Boy band DAY6 will finally make their comeback to the K-Pop scene as a complete group (5 members) with a new album after about a year.

According to distribution officials on February 26, DAY6 is preparing a new album with a goal of releasing it in April.

Responding to the news, an official from JYP Entertainment, the band's agency, revealed that, "DAY6 is preparing a new album and we will let you know the specific schedule when it is decided."

DAY6's comeback came about a year after the release of their 6th mini-album 'The Book Of Us: The Demon' with the successful title track 'Zombie' released in May last year.

Earlier, DAY6 stopped their group activities due to leader Sungjin and member Jae having psychological anxiety. The other 3 members Young K, Wonpil and Dowoon later released a new album in August as subunit DAY6 (Even Of Day), delivering healing and consolation to many music fans while Sungjin and Jae recover.

A lot of attention is being paid to DAY6's upcoming album, as fans have waited for a long time.

DAY6 debuted in 2015 and have been loved for their self-composed songs and performances. Expectation are high on all the songs in their next albums, as the group is a global band representing K-Pop, constantly making high-quality songs such as 'Letting Go', 'You Were Beautiful', 'I Loved You', 'I Like You' and 'Time of Our Life'.