One of the most important elements of an album production is conceptualization and then showing it through the album co...

One of the most important elements of an album production is conceptualization and then showing it through the album cover and design. There are albums that have minimal cover designs, and those that are very sophisticated. Nevertheless, the designers put a lot of thought and dedication into their products so that fans and even non-fans have the best designed albums.

There are two awards that will often honor K-Pop album designs: the 'Red Dot Design Award' and the 'iF Design Award' - both are dubbed the 'Oscars of Design'. Here are 7 best designed albums of K-Pop girl groups that have been honored for their high aesthetics, unique concept and pioneering ideas.

SNSD's 'The Boys' is one of the most unique K-Pop albums of 2011 as it is a tin box. The SM design team invested heavily in the concept of this album with classic hand-drawn motifs as well as images of members with unique fairy-like colors. Even non-fans wanted to own this album because it's so beautiful, like an item in a nostalgic vintage collection. This album won both the 'Red Dot Design Award' and 'iF Design Award' in 2014.

In 2013, SNSD made their comeback with 'I Got a Boy' and was again praised by the public for their originality, from the melody of the song to the album cover design. The album has 10 versions (1 group + 9 members), each with a color scheme and image arrangement that give off a member's personality, but when combined, they form a unity with street-punk style. In particular, the album's CD is designed to be transparent to bring out the color of the box. This album was also awarded the 'iF Design Award' in 2014.

f(x) is one of the most unique K-Pop girl groups with the most praised concepts. Their album '4 Walls' won the 'iF Design Award' in 2016. According to experts, the album cover of '4 Walls' showed very subtly the true concept of 'four walls' through the image of the members as well as the contrasting colors that are so eye-catching.

Another album from f(x) that was highly appreciated is 'Pink Tape' - with a breakthrough concept that many other girl groups could not overcome even to this day. The album cover impresses fans with the image of a striking pink cassette, bringing a unique classic feel. 'Pink Tape' also received the 'Red Dot Design Award' for this innovative design in 2014.

f(x) continued to be named here with 'Electric Shock' thanks to the album cover that is so impressive. It makes people think for a long time to get the true meaning behind it. The front and back cover image of the album is based on the concept of a person who wants to show the 'soft side' in their instinct, and it feels strange, confusing, even quite creepy. Famous former SM creative director Min Heejin once said that this was the album design that she liked the most while working with the company's girl groups. This album won the 'Red Dot Design Award' in 2014.

2NE1's 'Crush' is the only YG girl group to appear on this list. Although there have been many albums from other groups trying the concept of 'kaleidoscope', few are as aesthetically pleasing as this album cover. Moreover, the outstanding contrast between the two versions is also highly appreciated. 'Crush' won the 'Red Dot Design Award' in 2015.

Miss A's album 'Colors' helped JYP gain a spot on this list of the best designed albums, confirming the Big 3's power in creating concepts and leading the design trends. This album has been praised by experts for accurately reflecting the three important keywords of a conceptualization process: color, vividness and strong impression. In addition, the beautiful and delicate letters that symbolize each member also made a good impression. 'Colors' was awarded the 'iF Design Award' in 2016.

Which of the 7 representatives mentioned you was most impressed with? Please share your opinion. 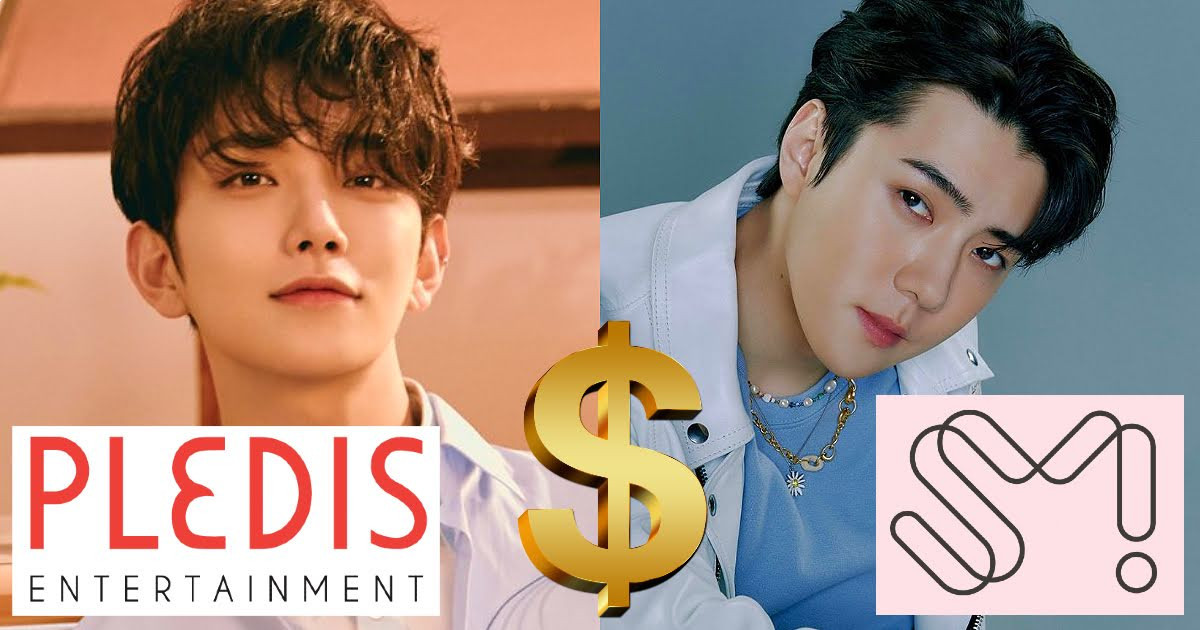