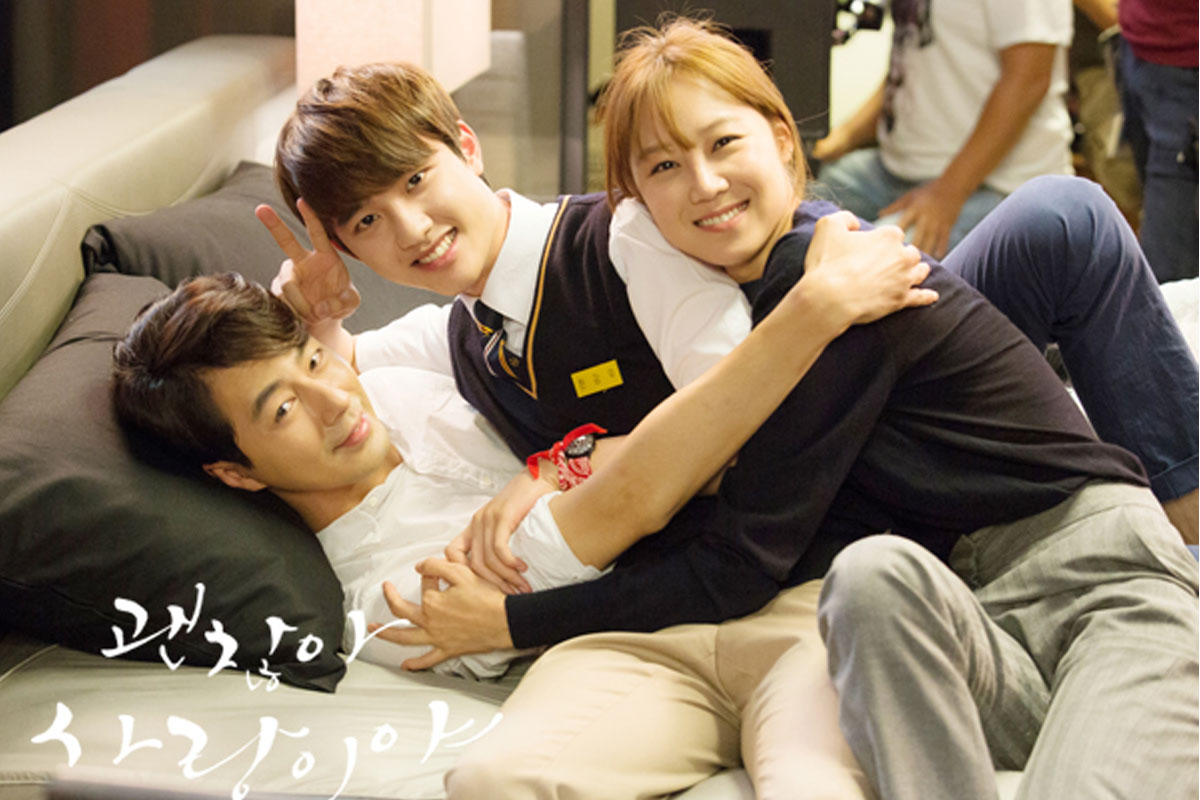 What happened to the cast of It's Okay, That's Love after 6 years?

Aired in July 2014, up to now, It's Okay, That's Love has been out for 6 years. Combining attractive and novel content, delving into the psychological problems of human in modern society with the gathering of cult stars: Gong Hyo Jin, Jo In Sung, D.O. (EXO) and Lee Kwang Soo, It's Okay, That's Love at the time of broadcasting caused a fever across Asia, reaching the top of the most watched Korean dramas of all time, and helping the cast to participate. Winning many prestigious awards.

After the success of It's Okay, That's Love, during 6 years of operation, until now, Gong Hyo Jin, Jo In Sung, D.O. (EXO) and Lee Kwang Soo both have certain progress in their careers. In particular, Gong Hyo Jin is like the "sun" of Kbiz's happiness and a full career, as an example for the juniors to follow. About D.O. (Do Kyung Soo), the EXO member is one of the pioneers to change the negative stereotypes of the public about idols going to film.

Renowned for his romantic beauty and long legs, Jo In Sung is one of Kbiz's top popular male idols on screen. Before acting in It's Okay, That's Love, Jo In Sung has gained a certain reputation through series like Something Happened in Bali, Spring Day, A Frozen Flower, That Winter's Wind, …

Since its success It's Okay, That's Love, Jo In Sung hasn't starred in any of the dramas. Instead of receiving the script for a drama, the actor was born in 1981 to attack the big screen, through big projects such as: The King (2017) - starring Jung Woo Sung, The Great Battle (2018) . Both films have achieved impressive achievements, reaching the top of the movies that cannot be missed at the time of its release.

Most recently, Jo In Sung has confirmed his acting participation in Escape, the work that marks the return of director Ryu Seung Wan, who is known for his works The Battleship Island, Veteran, The Berlin File.

Escape revolves around a prison escape involving South Korean embassy officials isolated in the 1990s in Somalia. In addition to Jo In Sung, the cast of talented men and women includes Kim Yoon Seok, Heo Jun Ho, Koo Kyo Hwan, and Jung Man Sik. The film is scheduled to be released in 2021.

In addition to acting, Jo In Sung also shows himself as a person with a sense of humor when participating in cult reality shows such as: 2 Days 1 Night, Infinity Challenge, Running Man …

Around May 2020, when rumors of Song Hye Kyo and Hyun Bin's return spread on social media sites, Jo In Sung was suddenly "summoned" and, at the same time, attributed to the "crime" as a makes the old love story of Hyun Bin and Song Hye Kyo cracks. Specifically, a source said that the couple broke up because Song Hye Kyo had feelings for her co-star, Jo In Sung.

However, rumors are just rumors. Because, Song Hye Kyo and Hyun Bin officially "the way everyone goes" in 2011, but until 2013, Jo In Sung and Song Hye Kyo new cooperation in the Winter Wind that year.

In addition, Jo In Sung also had love rumors with Gong Hyo Jin right after joining It's Okay, That's Love, however, when "looking at" the photos that are supposed to raise dating suspicions, anyone can see them, both. Capital does not go alone, around there are a few colleagues, parallel, both actors maintain distance as friends, without any intimate gestures.

In fact, despite being talented and possessing a dashing appearance, "cut the heart" of the sisters association, Jo In Sung is still in a state of "shadow loneliness" at the age of forties. In an interview, Jo In Sung once shared that he is quite a secret person in the love story. After breaking up with "scandalous beauty" Kim Min Hee in 2014 because he did not know how to express his feelings of caring for his lover, up to now, Jo In Sung has never added a love story with any shadows.

In an interview, Gong Hyo Jin shared that she herself is the one who cherishes each role, whether it is the lead or supporting role. Even if the role requires my presence and I can do it, even with a small appearance, I agree.

Before joining It's Okay, That's Love, Gong Hyo Jin was a familiar face to small-screen audiences through cult films, bringing together top stars, especially Master's Sun. with So Ji Sub. This is also the movie that earned her the intimate nickname "the sun".

Six years since It's okay, That's Love's filming, Gong Hyo Jin has been diligently accepting the script, asserting his name and his predestined relationship with his career through colorful roles.

In 2015, Gong Hyo Jin returned to the small screen through his role as a music program producer in the movie The Producer. Then, in 2016, she played a role with actor Jo Jung Suk in Don and Dare to Dream. That same year, Gong Hyo Jin took on the role of a mysteriously missing babysitter in Missing. At the time of the premiere, Gong Hyo Jin, thanks to Missing, once again "scored" in the hearts of the audience because of his special performance, appearance and visual, although not in the sharp, "extreme", but with the lines. and the charisma is extremely attractive, easy to create sympathy for the opposite person.

In 2017, Gong Hyo Jin Participated in the action movie Single Rider with Lee Byung Hun. In the film, she plays a retired violinist. Gong Hyo Jin's acting career continued in 2018 through his appearance in the movie Door Lock.

It can be said that 2019 is the year when Gong Hyo Jin's career is flourishing again. In the same year, she appeared in 3 projects. Among them, Crazy Romance and When the Camellia Blooms achieved extremely impressive performance. Not only did it bring success and fame to the crew, but also the status of the queen of the romantic and romantic film line of Gong Hyo Jin was also strengthened and became extremely strong.

In addition to the success and huge treasure of roles, Gong Hyo Jin is also known to the audience as a strong and generous person and quite comfortable in love, even after "everyone's way". Specifically, in 2012, after breaking up with a 10-year love affair - Ryu Seung Bum, or at the end of a 4-month love story with Lee Jin Wook, Gong Hyo Jin still retains a friendship relationship with the two actors. time, proving to the public that she always finds joy in life and is quite satisfied with what she has been doing.

D.O. (Do Kyung Soo) is one of the few actors whose acting backgrounds are recognized by the public. At the time of It's Okay, That's Love's show, the EXO member received countless compliments when making the small screen audience wonderfully surprised at the "role-playing god" performance that was no less than his senior. main. This has contributed significantly to changing the negative stereotypes of the public about idols going to film, at the same time, opening up D.O.'s path to pursue a film career.

One of D.O's most successful films After It's Okay, That's Love, I definitely have to include My Annoying Brother. In the movie, D.O. plays Goo Doo Young, a Judo athlete who temporarily lost his sight after an injury during a match. Officially released in November 2016, D.O. Jo Jung Suk in combination with "heavenly brother", Jo Jung Suk made the audience laugh and cry, once again affirming his talent and position in the industry as actor D.O.

Not only attacking the big screen with many colorful roles, in the drama segment, the historical drama D.O. starring in 2018: 100 Days of Lang Quan achieved an impressive rating, made a strong impression on the audience's hearts, becoming one of the turning points in Do Kyung Soo's acting career.

Also, at the time when webdrama started to be popular, D.O. also catching up with the trend, participating "one foot" in Be Positive, a film with content encouraging young people to pursue their passion, live a worthy life. In fact, after Be Positive performed, no one was happier than the EXO fan community, because, in addition to seeing and enjoying the visual combining the idol's acting level, Be Positive also passed each picture. Do Kyung Soo's wave, providing to his fan community, has a lot of strong comedy memes, especially Do Kyung Soo's muddy moments, serving the need to bring comments everywhere. Best EXO-L!

Famous from the popular TV show Running Man, participating in several movie projects since 2012, Lee Kwang Soo is a very familiar face to the public across Asia.

After the success of It's Okay, That's Love in 2014, Lee Kwang Soo continued to appear in Collective Invention, The Sound of Your Heart. The movie The Sound of Your Heart has successfully built up not only in Korea but also spread its influence to China, reaching No. 1 on the chart of the most worth-watching Korean dramas on Sohu site.

Kwang Soo starred in the movie The Accidental Detective 2: In Action in 2018. In the same year, roles in Inseparable Bros and Tazza: One Eyed Jack helped Kwang Soo strengthen his reputation. and her status as an actor, not a variety show star. In 2019, Kwang Soo continued his acting career when he accepted to join Sinkhole. Not only career, but his love-life also progressed very well. In 2018, Lee Kwang Soo and Lee Sun Bin publicly dated. Up to now, both are still in the salty phase. According to Kwang Soo, the two's relationship is in a fairly stable state, despite a bit of pressure. In the near future, he and his girlfriend have no intention of getting married. 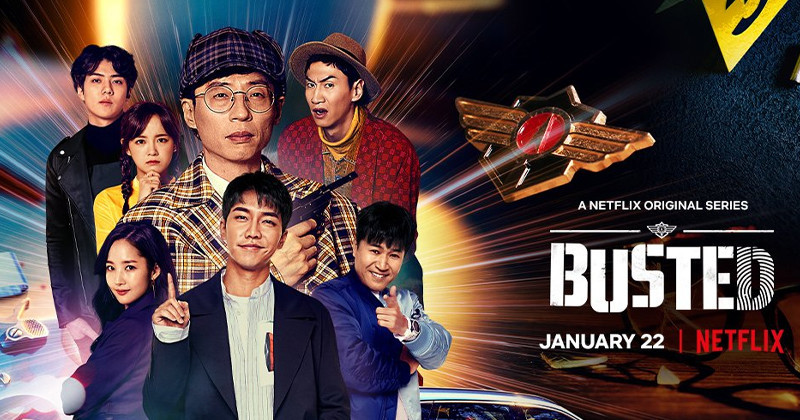 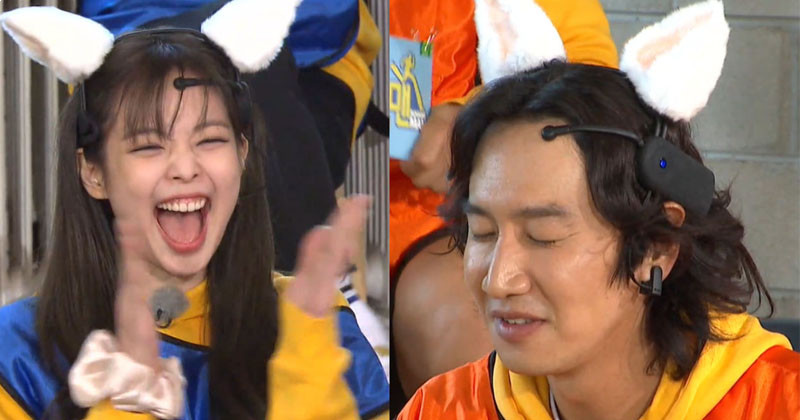 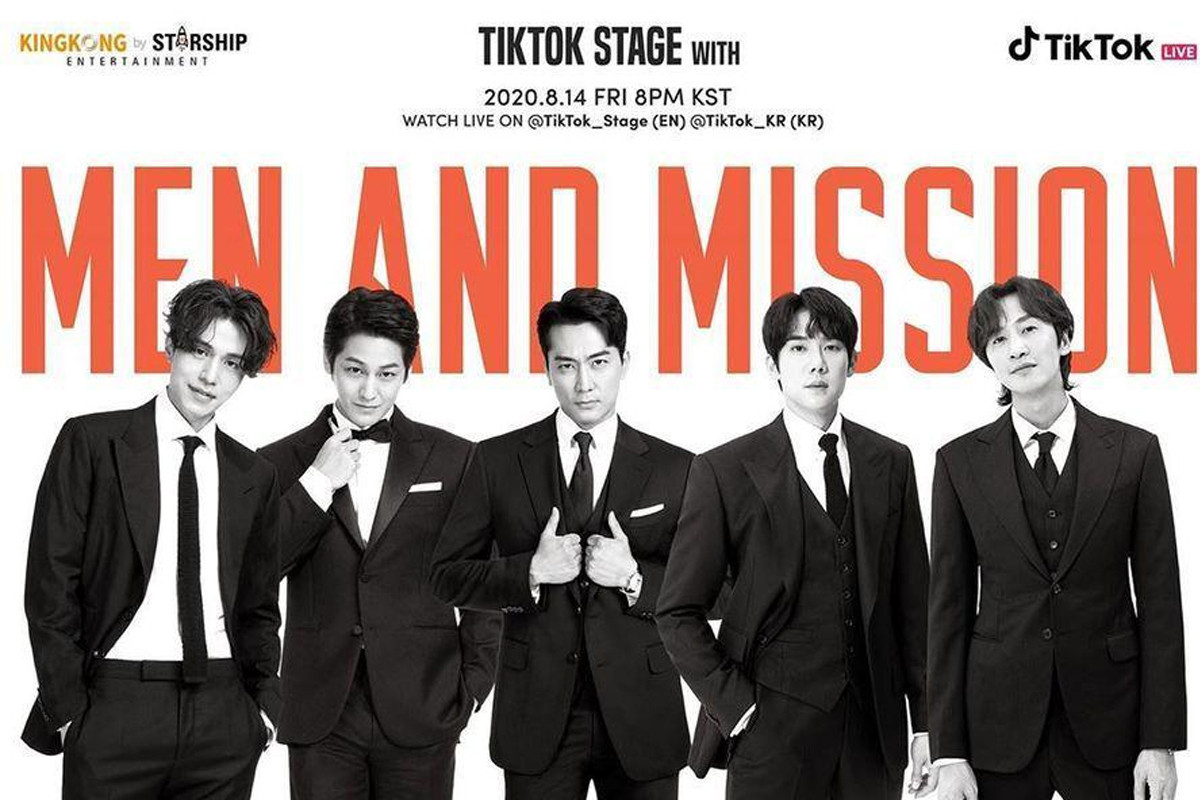 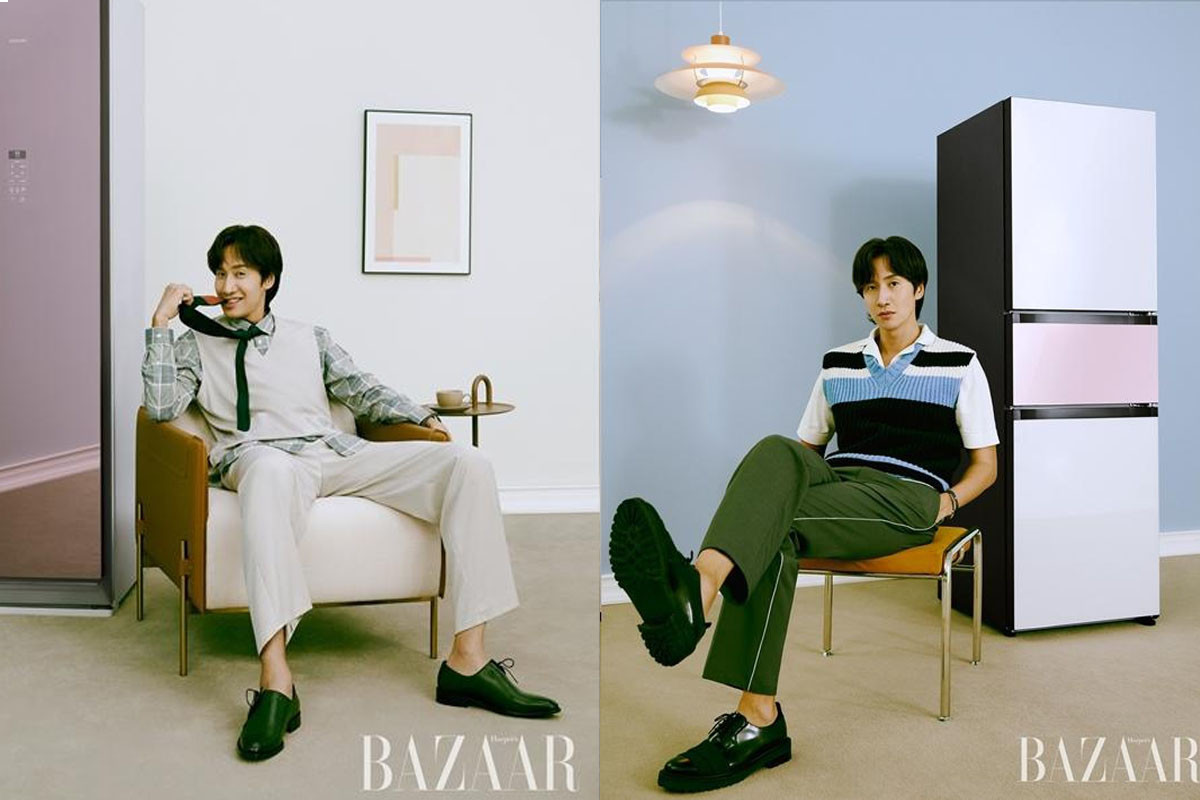