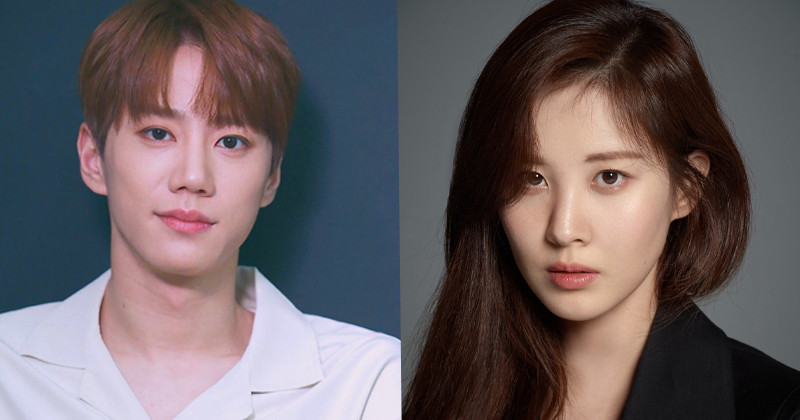 SNSD Seohyun and Lee Jun Young (U-KISS Jun) have been cast as the main characters of the upcoming Netflix film 'Moral Sense'.

The upcoming Netflix film 'Moral Sense', which is expected to be a new film by romance-master director Park Hyun Jin, will show Seohyun and Lee Jun Young's first exciting meeting. 'Moral Sense', based on the popular webtoon of the same name, tells the strange romance between a man with a special taste and a woman who happened to know his secret.

Seohyun, who showed her ever-changing appearance as a swindler good at disguise in the recent drama 'Private Lives', will challenge her first big screen role with 'Moral Sense'. Jung Ji Woo, played by Seohyun, is a character who leads a special relationship with her co-worker after she accidentally found out about his secret tastes.

The actress, who has appeared in various works such as 'Moon Lovers: Scarlet Heart Ryeo', 'Time' and 'Hello Dracula', will present a variety of charms as Jung Ji Woo, who looks cold and blunt but more warm-hearted than anyone else.

Meanwhile, rising star Lee Jun Young, in the role of Jung Ji Hoo, has a unique taste, was chosen for his outstanding performance across genres such as the musical 'Swag Age: Shout out, Chosun!', the drama 'Please Don't Date Him' and the upcoming film 'Imitation'.

Lee Jun Young plans to revitalize the play with his unexpected charm. His character is a guy who hides his secret taste behind his perfect appearance, which has dominated the popularity of female employees. Expectations are also being added to Seohyun and Lee Jun Young's unique chemistry, which will complete the close romance between the two: Jung Ji Hoo, who kept a secret that he never wanted to be caught by others, and Jung Ji Woo, who happened to know his secret.

Seohyun and Lee Jun Young's pleasant and offbeat romance film 'Moral Sense' (tentative title), played by a man and woman with completely different personalities and tastes, will be released on Netflix.