With the whimsical “The Sound of Magic” and now the heartwarming “If You Wish Upon Me,” Ji Chang Wook has been on a roll this year, and fans can’t get enough of the incredibly talented star.

From hot-headed emperor to awkward, grouchy prosecutor, the 35-year-old actor has done it all throughout his career. If you find yourself restless between new episodes of “If You Wish Upon Me,” here are seven Ji Chang Wook dramas to fill the void! 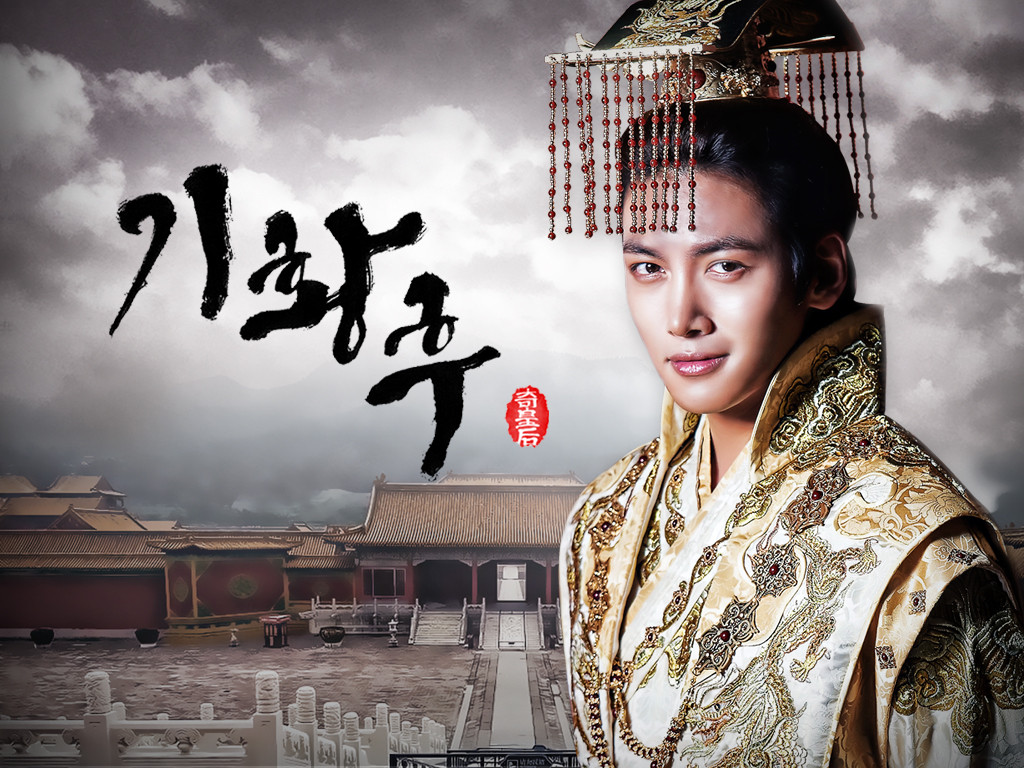 Ji Chang Wook made a breakthrough in his career with his role in the 2013 epic historical drama “Empress Ki” in which he starred as the fiery Yuan Dynasty emperor Ta Hwan. The series follows Goryeo-born Empress Ki (Ha Ji Won) as she rises as empress following her political marriage to Ta Hwan, whom she begins to develop affection for.

One of the most complex characters in the series, Ta Hwan is passionate and spontaneous yet marred with an almost childlike petulance and naivety that makes him equal parts lovable and frustrating to watch. Ji Chang Wook perfectly embodies the character and its intricacies, and it’s no wonder that his “Empress Ki” role remains one of his most show-stopping performances to date. The actor plays the titular Healer in this action-packed drama in which he seeks to uncover the truth behind the past. Starting off as an illegal errand runner, he soon crosses paths with second-rate reporter Chae Young Shin (Park Min Young) and star journalist Kim Mun Ho (Yoo Ji Tae), with whom he investigates a 1992 murder incident involving a group of friends.

While originally a hermit who dreams to buy an inhabited island to live out his days alone, the Healer begins to fall in love with Young Shin. He repeatedly shields her from danger, and as the series progresses, they confront their dark childhoods together. From eccentric recluse to the hero of his very own story, Ji Chang Wook plays this role to absolute perfection! 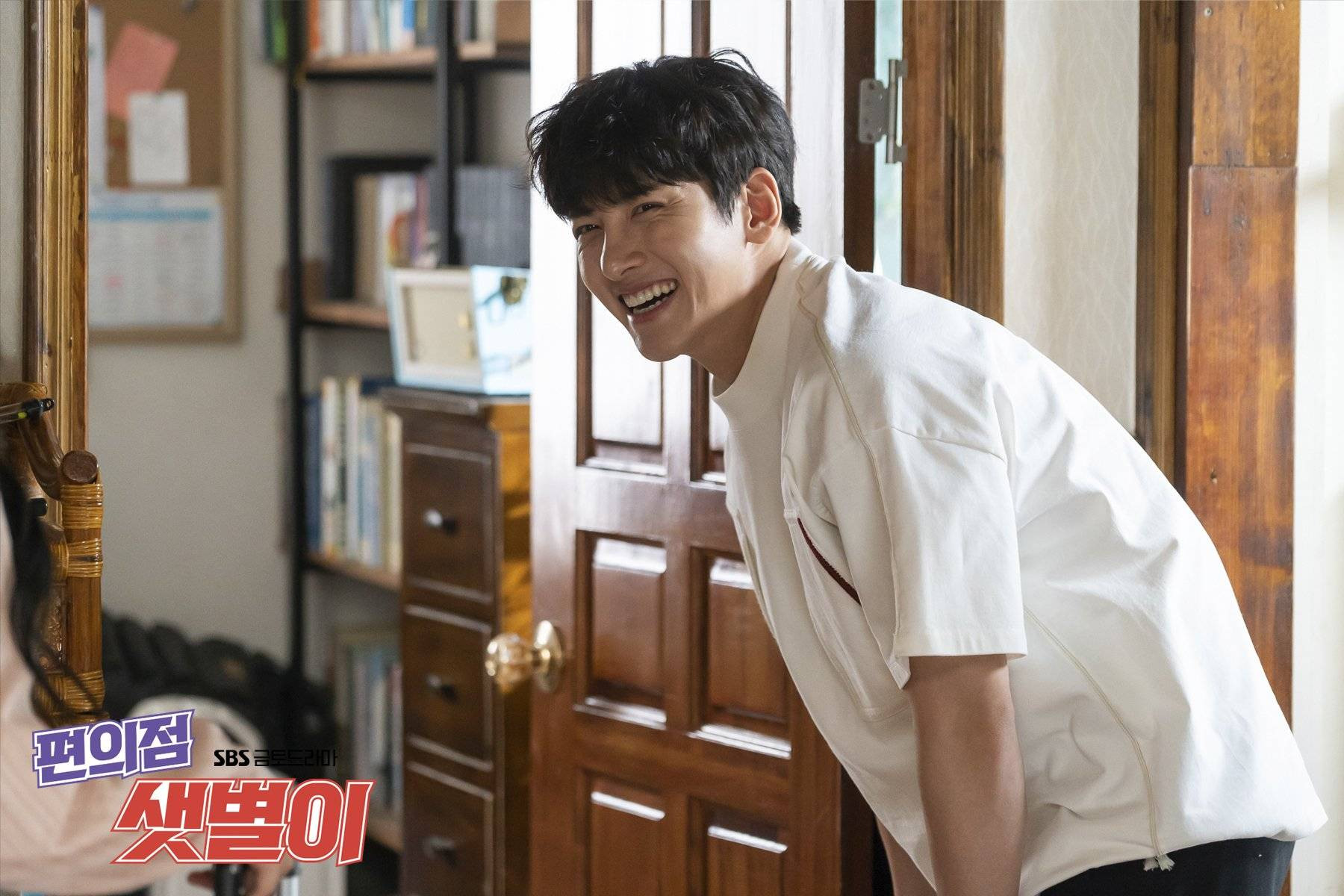 In this slice-of-life drama, Ji Chang Wook stars as a convenience store clerk named Choi Dae Hyun who struggles to keep the family business afloat by himself. He reluctantly hires Jung Saet Byul (Kim Yoo Jung), who he initially believes to be a former juvenile delinquent, as a part-timer at the store.

With Ji Chang Wook often playing characters who are more mysterious or highly accomplished, it’s refreshing to see him starring as an underdog for once. Throughout “Backstreet Rookie,” Dae Hyun and Saet Byul go through a myriad of challenges together from facing poverty and social ridicule to scams and bullying. But each time they protect each other and their loved ones, and their feelings for one another grow deeper. 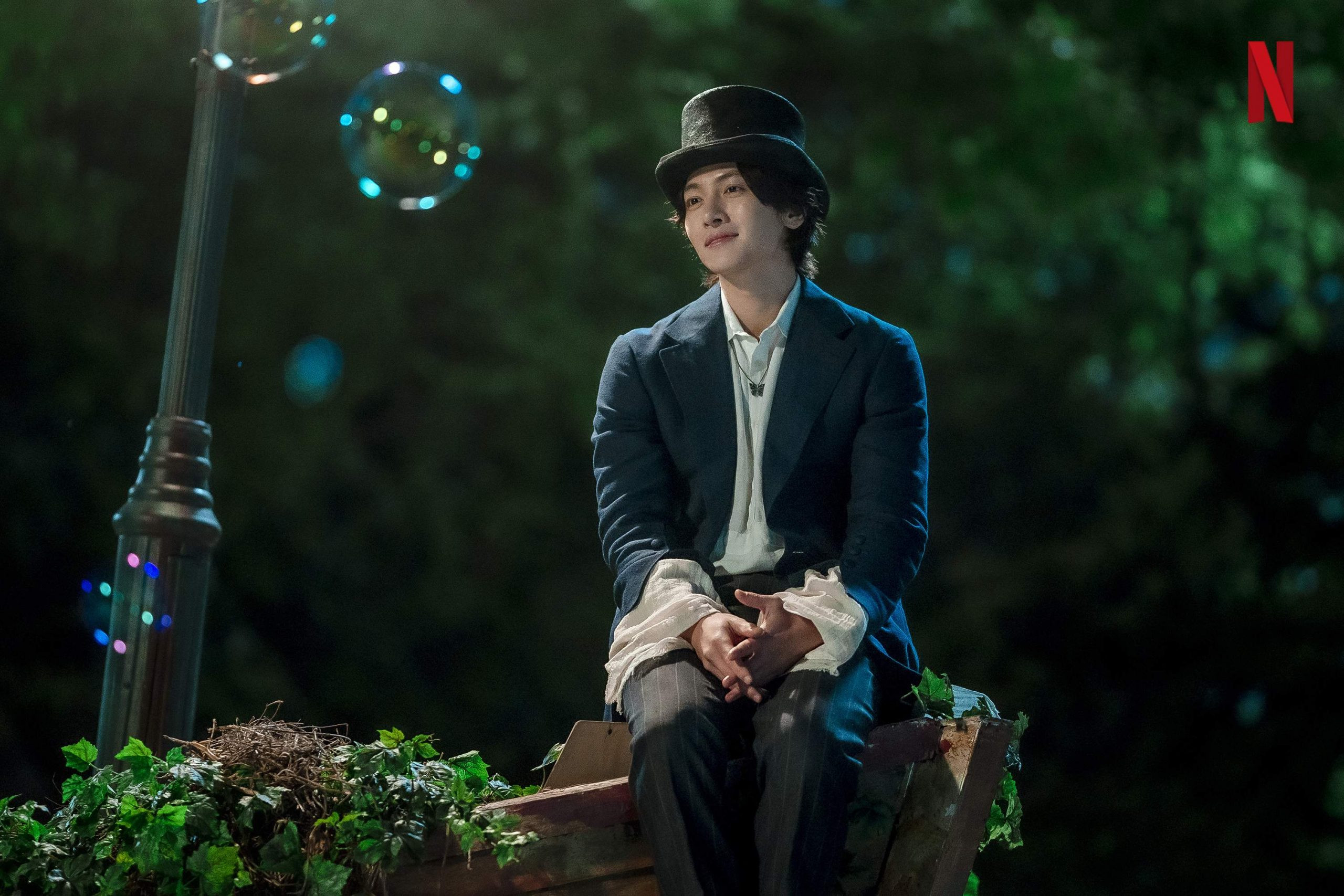 Nodding back to his roots as a musical actor, “The Sound of Magic” is a musical fantasy drama that sees Ji Chang Wook taking on the role of a mysterious magician named Rieul. He begins to teach magic to skeptical high schools students Yoon Ah Yi (Choi Sung Eun) and Na Il Deung (Hwang In Yeop).

A heartwarming tale of holding onto hope, Ji Chang Wook’s Rieul teaches us to embrace our inner child in “The Sound of Magic,” inspiring us all to believe in miracles even in the face of life’s troubles. Rieul is also unlike any other role the actor has played, and his portrayal of the oddball magician is a definite must-watch! 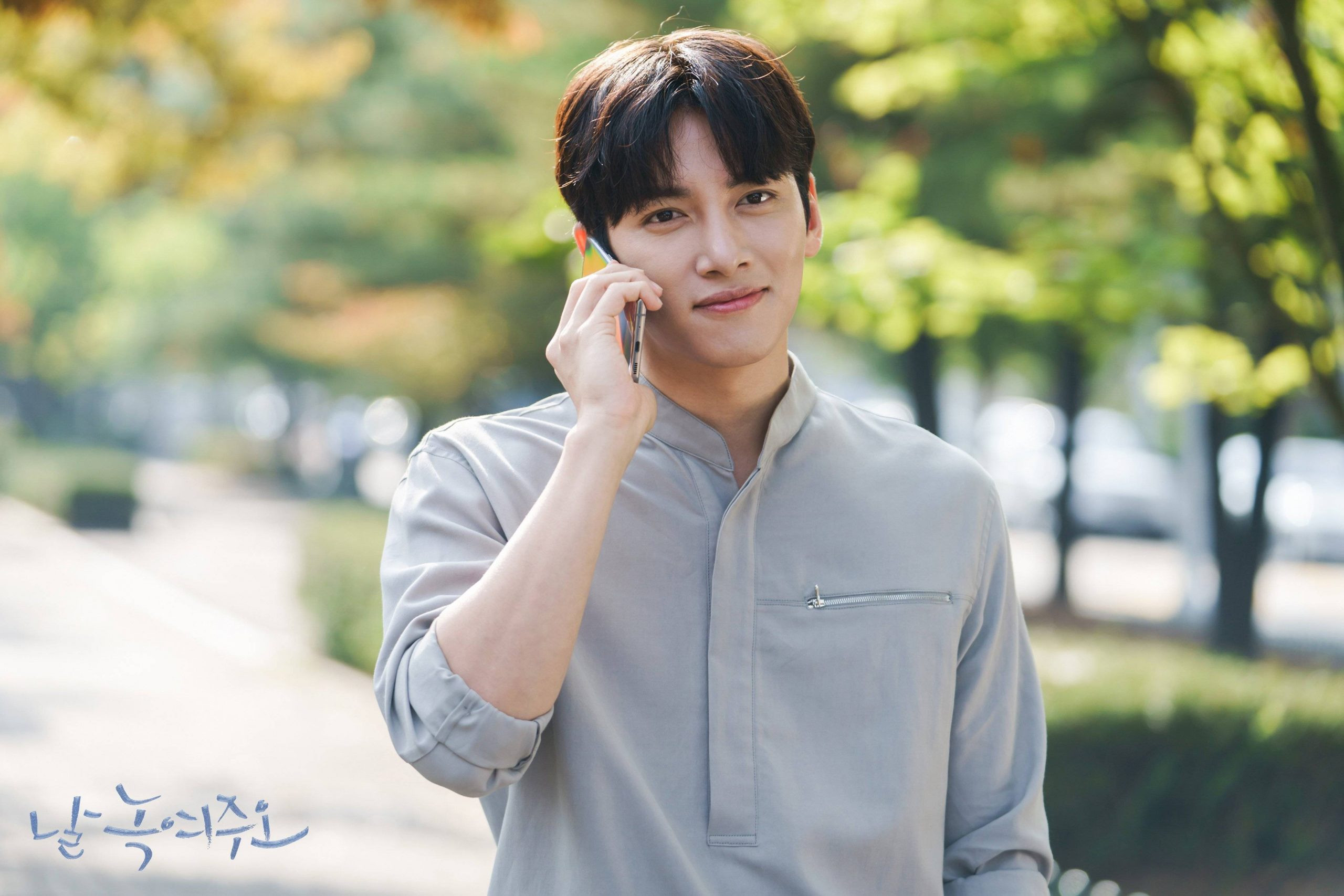 Hoping to improve ratings for his variety show, Producing Director (PD) Ma Dong Chan (played by Ji Chang Wook) and broadcast station worker Go Mi Ran (Won Jin Ah) volunteer to be part of a 1999 cryogenic sleep project that is meant to freeze its subjects for 24 hours. But by some unknown conspiracy, the participants end up waking up 20 years after being put to sleep, finding themselves in a completely different world.

Despite its sci-fi premise, “Melting Me Softly” is a romantic comedy at its core, and the disoriented subjects struggle to adapt to the future while dealing with how much their loved ones have changed—all while needing to maintain an usually low body temperature to survive. Only having one another to relate their plight, Dong Chan and Mi Ran inevitably develop feelings for each other, and their growing romance makes for the most delightful watch. 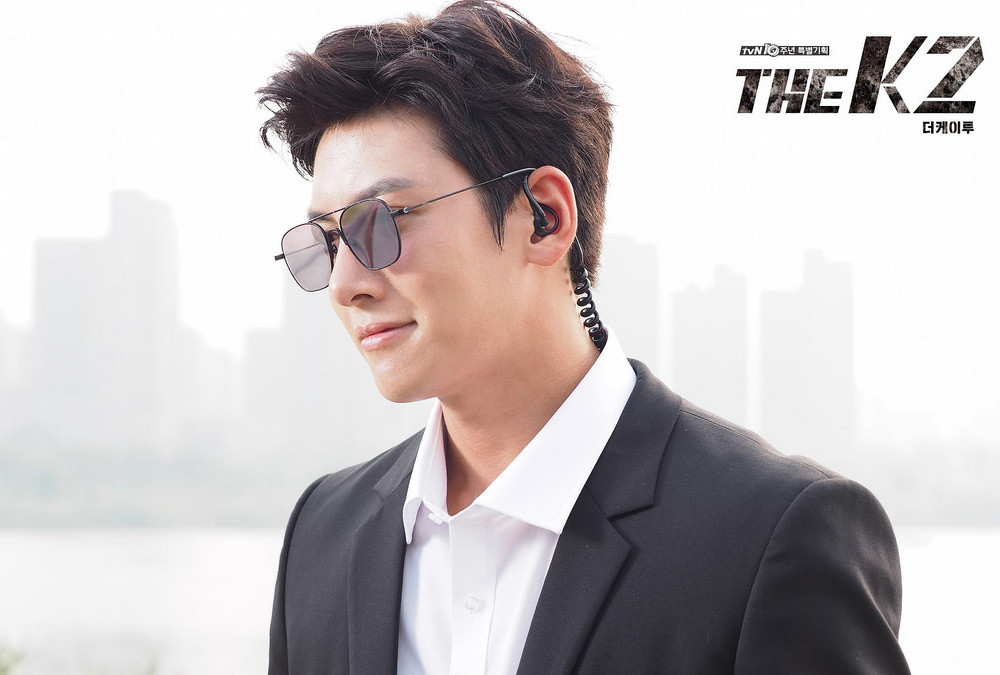 Action-lovers will definitely enjoy this political thriller where Ji Chang Wooks plays Kim Je Ha, a mercenary-turned-bodyguard hired by a presidential candidate’s wife Choi Yoo Jin (Song Yoon Ah) in order to exact revenge on another politician for the death of his former lover. His work soon leads him to Anna (Girls’ Generation’s YoonA), the hidden illegitimate daughter of Yoo Jin’s husband.

Much to Yoo Jin’s displeasure, Je Ha and Anna begin to grow closer. Caught in a complex political web and torn between love and revenge, Je Ha struggles to protect Anna from her stepmother and her father’s political rivals, all while carrying out his own plans as the two fall deeper in love. Ji Chang Wook is the definition of suave in this thrilling romance! Last but definitely not least is legal romantic comedy “Suspicious Partner,” which is admittedly one of the best Ji Chang Wook dramas. The actor plays prickly, socially awkward prosecutor Noh Ji Wook, who defends his feisty trainee Eun Bong Hee (Nam Ji Hyun) in court after she is wrongfully accused of murder.

Following the incident, they separately decide to switch paths and become lawyers. But they end up working together once again, and as much as they try to deny it, the pair starts to fall for each other. Ji Wook’s and Bong Hee’s opposing personalities make for an incredibly fun watch, and a sprinkle of murder mystery keeps things tense and exciting. 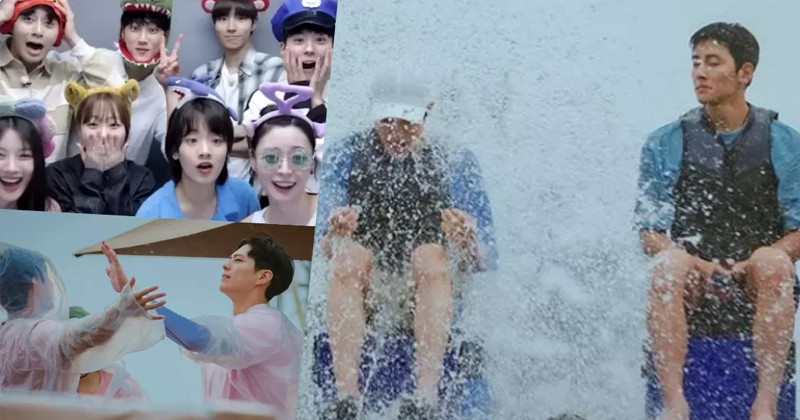 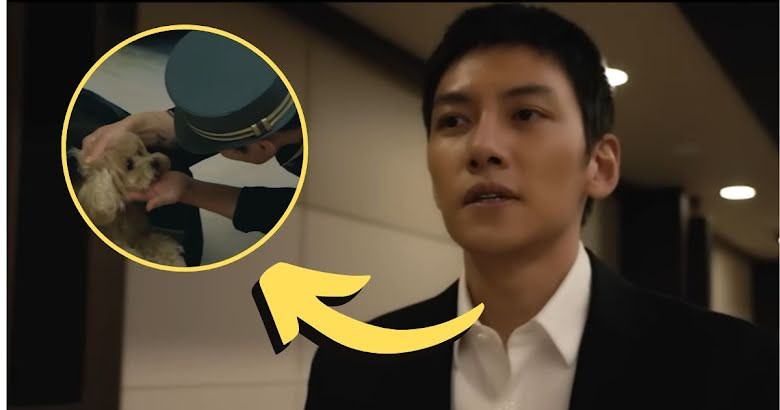