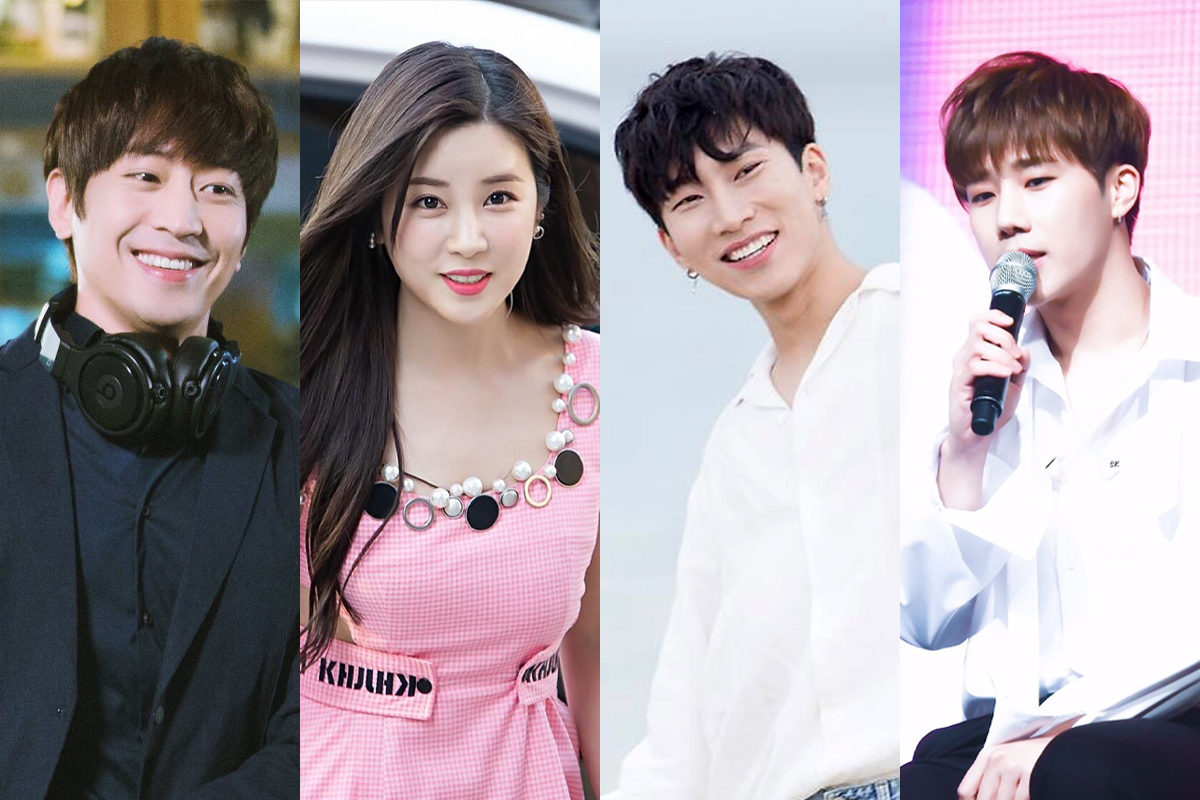 The leader is a very important role in every K-Pop group. A leader is not only a substitute for the company, who guides...

The leader is a very important role in every K-Pop group. A leader is not only a substitute for the company, who guides and cares about the members, but also the one who understand and make them believe in themselves. For rookie groups, the leader may not really stand out. But over time, through many ups and downs, people will realize the quiet efforts of the leader.

When a group has been in the entertainment industry long enough, oftentimes each member will start to think about walking his or her own path. This usually occurs when their initial contract ends, and if they can't find a common voice, the group will eventually disband. However, there are some groups who have faced such difficult times but still stayed together. And in their stories, the leaders play a significant role. Here are 4 true stories that prove that 'The leader can determine the existence of a group.'

Speaking of the symbol of long-standing idol groups, everyone will think of Shinhwa right away. This boy group debuted in March 1998 and is still active today. They are considered to be the longest-lasting boy group in K-Pop when the members have spent more than two decades together. Because of their unbreakable bond, many junior boy groups often express their wishes as: "Hopefully our group can go together as long as Shinhwa sunbae."

In fact, they didn't always stay together. Although there had been promises of reuniting, when the members fulfilled their military service, they focused more on their personal life and activities. At this time, Shinhwa were "frozen" for 4 years and the members had little contact with each other, so the risk of disbandment was very high. However, the leader - Eric - contacted them one by one and persuaded them to continue their group activities together, to not forget the promise of reuniting with their fans.

Thanks to that, Shinhwa was able to make a comeback and even held a concert to celebrate their 20th anniversary. All of this happened thanks to Eric's efforts. Remarkably, he was also the one who rushed to learn about the law to help the group retain the name Shinhwa after leaving their company. They are also the first K-Pop idol group to set up their own management company.

INFINITE debuted under Woollim Entertainment in 2010. Last June, the group celebrated their 10th anniversary. This means that while many other boy groups from their time disbanded, INFINITE was able to hold on. After many years, although there was some changes in the line-up, and their activities are rare due to the members' military enlistment, the precious thing is that the group still exists and the members are still very united. But this would have been impossible without their leader Kim Sunggyu.

In 2017, only 6 out of 7 INFINITE members renewed their contract with Woollim because Hoya decided to leave the group. Having worked for 7 years, most of the members had personal plans, and if more than half of them hadn't resigned, INFINITE would have disbanded.

The members once shared on 'Cultwo Show' that Sunggyu had a conversation with them at that time and he said he didn't want to force anyone. The male idol made it clear that he would stay, and the members should make the decision that they found most appropriate.

Upon hearing Sunggyu's words, all the remaining 5 members implicitly agreed that they would stay in INFINITE. They wanted to trust their leader, to follow his lead. Sungyeol shared, "Right from the beginning, I told him that I would follow him no matter which way he chose. I would listen to him unconditionally." Dongwoo emphasized, "So we trusted and followed Sunggyu hyung."

Sunggyu's role as a leader is evident not only in connecting the members who stay, but also in keeping the bond with those who have left. Last year, member L also decided to leave Woollim to pursue his acting career. However, he stated that he would always be a member of INFINITE, and would always return to the group when they need him. On their 10th anniversary, L still shared a post as a part of the group. As for Hoya, many people thought that the male idol would completely sever the link between him and the members, because he left in an unhappy situation. However, Sunggyu often publicly shared that the two of them still contacted each other many times to celebrate their birthdays, as well as to talk about each other's activities and so on.

BTOB debuted in 2012 and having operated for over 8 years. When asked 'Which K-pop group will last forever together?', Korean netizens often mention BTOB. The reason is because they believe in the bond and solidarity of the members. In 2018, all 7 members resigned with Cube Entertainment, making fans very happy because this is one of the rare gen-3 groups who haven't lost any member.

Of course, the bond among members is very important, but the role of their leader Eunkwang is really respectable. In an interview, Changsub revealed that the secret to BTOB's strong teamwork and the reason why all of them renewed their contracts was Eunkwang's leadership. Even when the male idol enlisted in the army, the members always mentioned him because they felt he played a huge and irreplaceable role in BTOB.

Changsub recounted, "Eunkwang hyung gave up a lot for the group, and that affected the thoughts of the rest of the members. We got along really well, and this opened up many opportunities for the group. Our teamwork spirit is built on understanding each other."

In addition, Changsub also stated that Eunkwang is one of the reasons why BTOB renewed their contract with Cube: "Eunkwang hyung emphasized that the members should not be distracted by anything else, and the group must stay together as 7 members."

If BTOB is a male group that is often praised by Korean netizens because of their teamwork spirit, then their female counterpart must be Apink. The girl group debuted in 2011, under Cube Entertainment (A Cube), then Plan A Entertainment and now Play M Entertainment. There are many changes in the agency that the group belongs to due to investments of the big guys, but this absolutely does not affect the overall operation of Apink.

It doesn't mean Apink could go smoothly and has never faced the risk of disbandment, especially at the sensitive time when their contract ended. Nevertheless, in 2017, all members decided to stay in the company and continue to be part of Apink. On 'TMI News', they said the reason the group had been able to survive so far was because of Chorong.

Namjoo shared, "Our group would have failed if Chorong wasn't the leader." Upon hearing this sentence, many members were in tears. Namjoo went on to say, "Being a leader is not easy. We are all nice to each other, but basically everyone has a distinct personality and different thoughts. It is difficult for everyone to be united. But she made it through her close attention."

Chorong also shed tears as she recalled the moment when they decided to stay together: "Even when we re-signed the contract, I was still very worried. I was the one who told the members to believe in my choice, so if everything went wrong I wouldn't dare to look at them again." In the end, it has been proved to be an absolutely right choice. By 2020, Apink has achieved countless remarkable achievements and affirmed that their long-term existence is fully deserved.

Which of the 4 stories mentioned above are you most impressed and touched by? Please share your opinion. 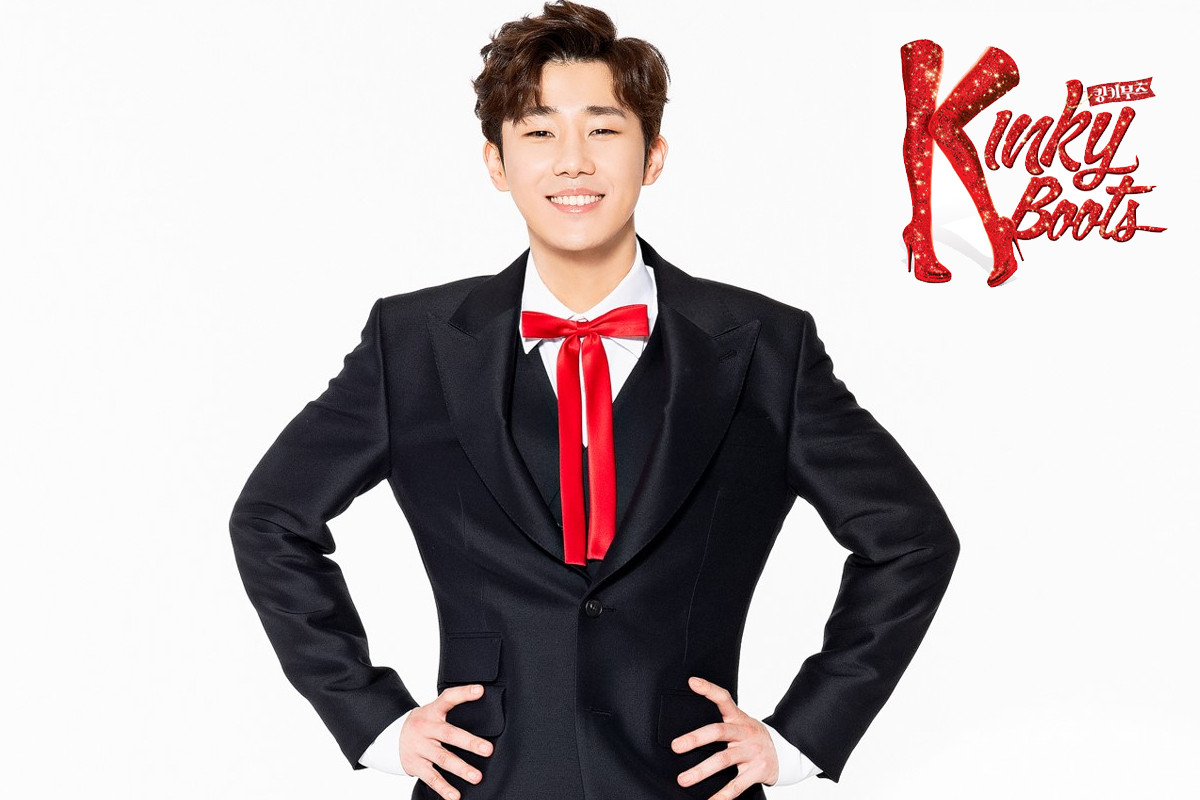 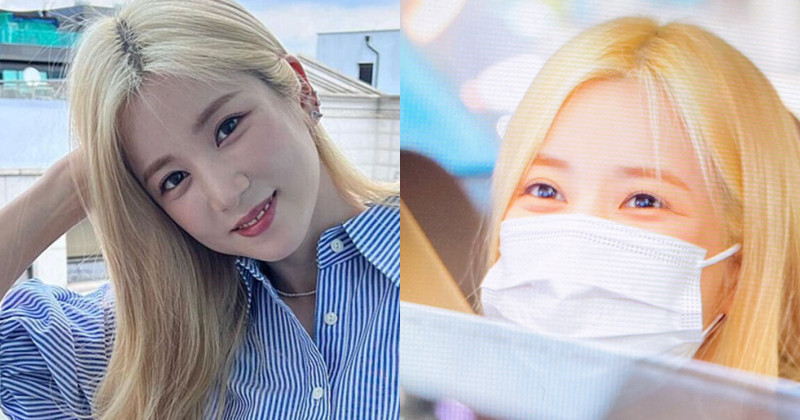