11 Visual Pairs Of Idols That Look Even Better Standing Together 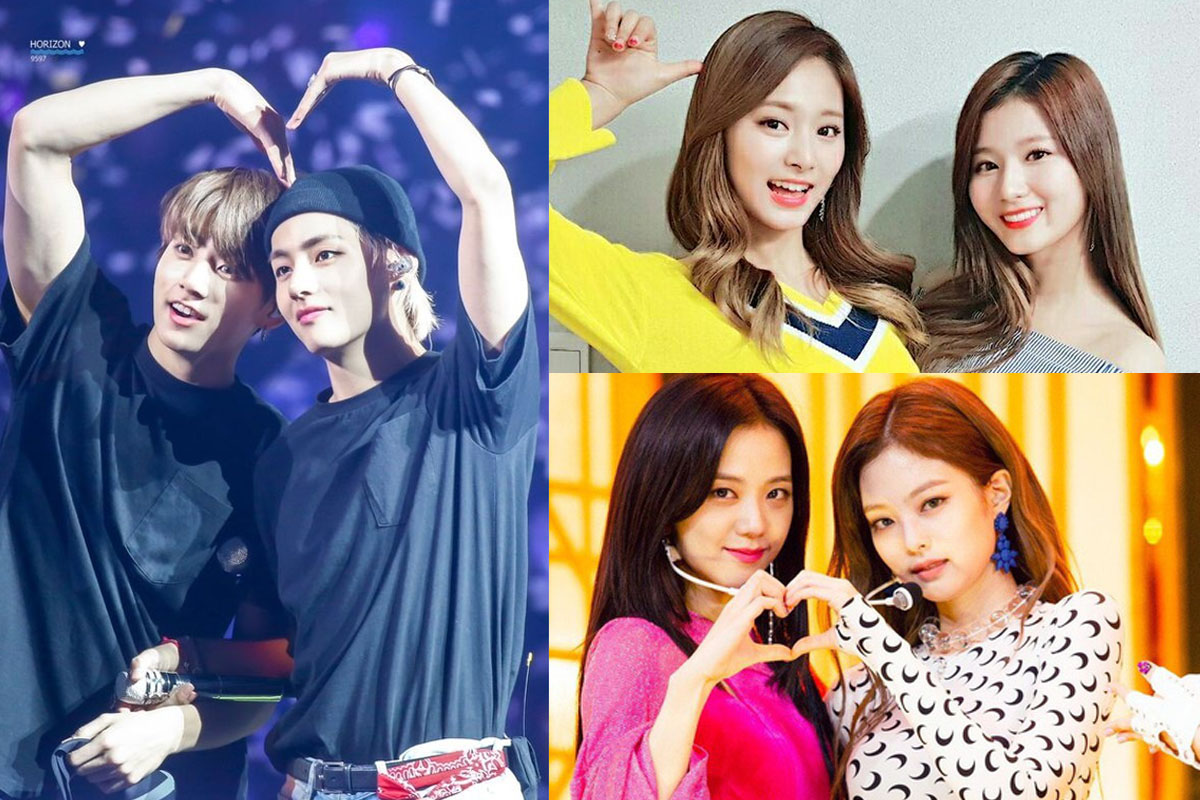 These idol duos from the same group create an explosion of stunning visuals when standing next to each other. Check out...

These idol duos from the same group create an explosion of stunning visuals when standing next to each other. Check out the 11 pairs that make it hard to choose a bias!

Sana and Tzuyu are the sweetest visual combo.

Though they have different vibes, they are both gorgeous in their own ways.

V and Jungkook have a cat-and-dog charm when they’re together.

The two oldest members of BLACKPINK serve stunning looks when they’re together.

Jisoo‘s soft beauty is angelic while Jennie‘s charisma is enticing.

Taeyong and Jaehyun are very different but complement each other beautifully.

This duo boasts CGI-like visuals that SM Entertainment idols are known for.

Mingyu and Wonwoo are not only close friends, but also total eye candy when standing next to each other.

Mingyu’s warm look and Wonwoo’s cool look play off of each other flawlessly.

Wonyoung and Minju create an ethereal combination of visuals.

When they’re together, you can’t help but swerve into both of their bias lanes!

Jeno and Jaemin are totally adorable…and only get cuter when they’re next to each other!

Listed as the visuals of their group, they create one mega visual when they’re together.

Both Hyungwon and Minhyuk serve some seriously handsome looks.

Just look at these two and try not to fall for them!

These beautiful ladies slay the stage when they’re side-by-side.

Both Shuhua and Miyeon are absolutely stunning.

Eunwoo and Moonbin have a similar flower boy vibe.

Two classically attractive guys in the same group — What’s not to love?!

Bona and SeolA‘s visuals are even more apparent when they stand back to back.

You’ll find yourself looking back and forth between the two before you give up and just bias both!