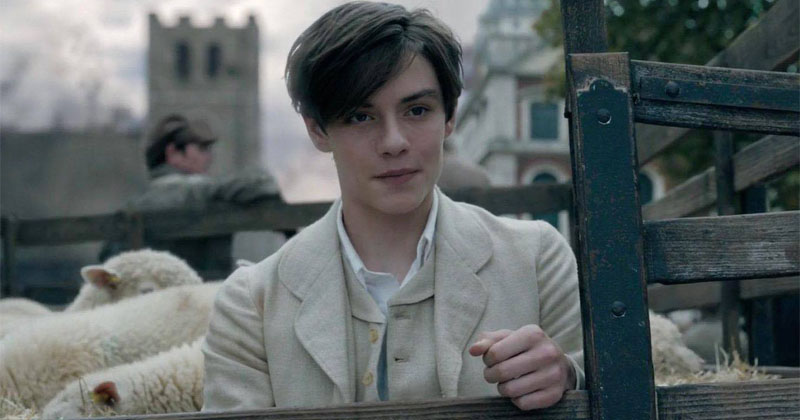 All information related to the 10X handsome boy Louis Partridge of the movie Enola Holmes is being actively sought by p...

All information related to the 10X handsome boy Louis Partridge of the movie Enola Holmes is being actively sought by people.

Enola Holmes is Netflix's new storm film, topping the chart for the hottest movies for many days here. One of the reasons for that hot movie is the face of a handsome actor like a prince from a fairy tale - Louis Partridge.

Louis Partridge started acting at the age of 11, but it was not until recently that the guy attracted the attention of the public around the world thanks to the superhero Enola Holmes. The young actor easily sympathizes with the other person with his handsome face and enchanting smile. Not only that, but the information related to the 10X boy's personal life also makes people especially curious and excitedly discussing.

Returning to normal life, Louis is still an active, active teenage boy. Fans also discovered an interesting detail in the everyday images of the actor born in 2003. That is the guy often pampered, taking photos with the same cat. It seems that Louis is a guy who loves cats.

Louis Partridge has been in the spotlight recently but has been acting since the age of 11. Before the dawn with Enola Holmes, Louis was present in television and movie works such as Paddington 2, Medici, Amazon Adventure … It can be said that, compared to many male artists of the same age, the guy owns a fortune of acting and those are quite massive.

Louis originally dreamed of becoming in a fashion show. However, in an interview with UK Vogue, the actor confessed that many commented that he was not tall enough to become a model. There are various information available regarding his height. Many sources revealed that Louis was about 1m75 tall. Besides, there is information that the 17-year-old boy is currently 180cm tall.

After Louis teamed up with once-born child star Millie Bobby Brown in Enola Holmes, they became close friends. The two stars shared many intimate photos on social networks, causing them to get caught up in rumors. However, Louis and Millie have never confirmed this information. Millie Bobby Brown is a stormy face in Godzilla: King of the Monsters, so the relationship of the two stars is particularly noticeable by the media.

Besides, there is also an information that is believed to be related to the love history of the 10X actor that also attracts attention. Last month, Louis and Millie Bobby Brown participated in an interview for Seventeen magazine. During a Q&A session, Millie asked Louis "Have you ever been broken in love?". The 17-year-old actor replied, "Yes". Many people believe that Louis may have dated in the past and this ex-girlfriend hurt the actor's heart.