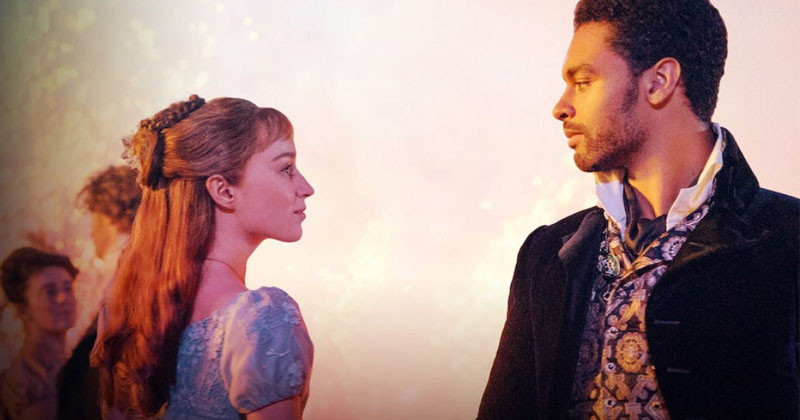 Bridgerton is considered one of the best romantic films in recent years.

As Netflix's year-end "bomb", Bridgerton attracted a lot of media attention. Not to be expected, Bridgerton was scored 95% on Rotten Tomatoes and was praised by many public audiences. The film is compared to Gossip Girl historical version with interesting and humorous content.

"Classic motif" but not cheesy at all!

Bridgerton is adapted from the novel of the same name by Julia Quinn - American writer famous around the world with historical romantic works. The film is set in the period of Regent Photography, which tells the love stories of British elite. In which, the oldest daughter of the family, Daphne (Phoebe Dynevor), is of age and has to find her ideal husband. Daphne pretends to date Duke Hasting (Regé-Jean Page) - the most desired male beauty among the nobility. Their movements were reported in tabloids by an anonymous author named Lady Whistledown.

Bridgerton has a similar content with the cult Western love stories, when an innocent girl entangled in a love relationship with a noble man. However, the movie is not cheesy, old. Bridgerton has a dramatic "high war", witty and humorous conversations, and a sharp, personality cast. Through Bridgerton, the audience saw that before "debut" in the marriage market, the girls had to learn a lot of methodical "skills" that did not lose to K-Pop idols. In addition, the character tells a mysterious story - Lady Whistledown, makes viewers curious that Gossip Girl does not lose any day.

A movie that doesn't 'touch' a bit of social issue is not a Netflix movie. In Bridgerton, it is easy to see that the producer has "rewritten" the history of England when a number of colored characters were included in the aristocracy. But feminism is at the heart of Bridgerton. Every female character in Bridgerton plays a part in conveying this message.

The heroine Daphne is the elite representative for a lady at that time: beautiful, gentle, pure and respectful. However, she wants to search for "true love," instead of marrying a man she doesn't love. Violet Bridgerton - the mother of the Bridgertons is a strong, "soft in addition" woman driving the whole family. Daphne's sister - Eloise Bridgerton is a radical think girl, trusting women no more than losing each other in her husband. But not as cheerful as some movies, the female characters in Bridgerton are very pleasant, smart, lovable, and behaving appropriately to the times.

If you are a beauty lover, you cannot miss Bridgerton! The look of the film is beautiful in every detail, perfectly reproducing the atmosphere of the 1800s with splendid palaces, lavish dance parties, "luxurious" banquet tables. The costumes of all the characters in the movie, from men to women, from old to young, are beautifully designed, eye-catching with elaborate stitches.

According to Indiewire, 230 tailors created about 7500 costumes and accessories from hats to coats and jackets for the film. Only the female lead has more than 100 dresses. Right from the first episode, when young aristocratic girls landed at the Queen's party, you had to gasp because of the drama's magnificence. Please rest assured, because the following episodes, the movie is still invested like that.

In addition to the classical music, Bridgerton also uses modern hits as background music. Do not be blamed, these songs have been remixed, performed by a symphony orchestra that is very suitable for the movie atmosphere. If you are not observant, you may not even recognize thank u, next (Ariana Grande), Girls Like You (Maroon 5) or Bad Guy (Billie Eilish) ... Innovative but still within the allowed framework. this was praised by many young audiences. This is also a way for the producer to "refresh" a historical film.

Bridgerton is a series not to be missed and deserves this holiday season. Season 1 of Bridgerton has aired a full set of 8 episodes on Netflix.