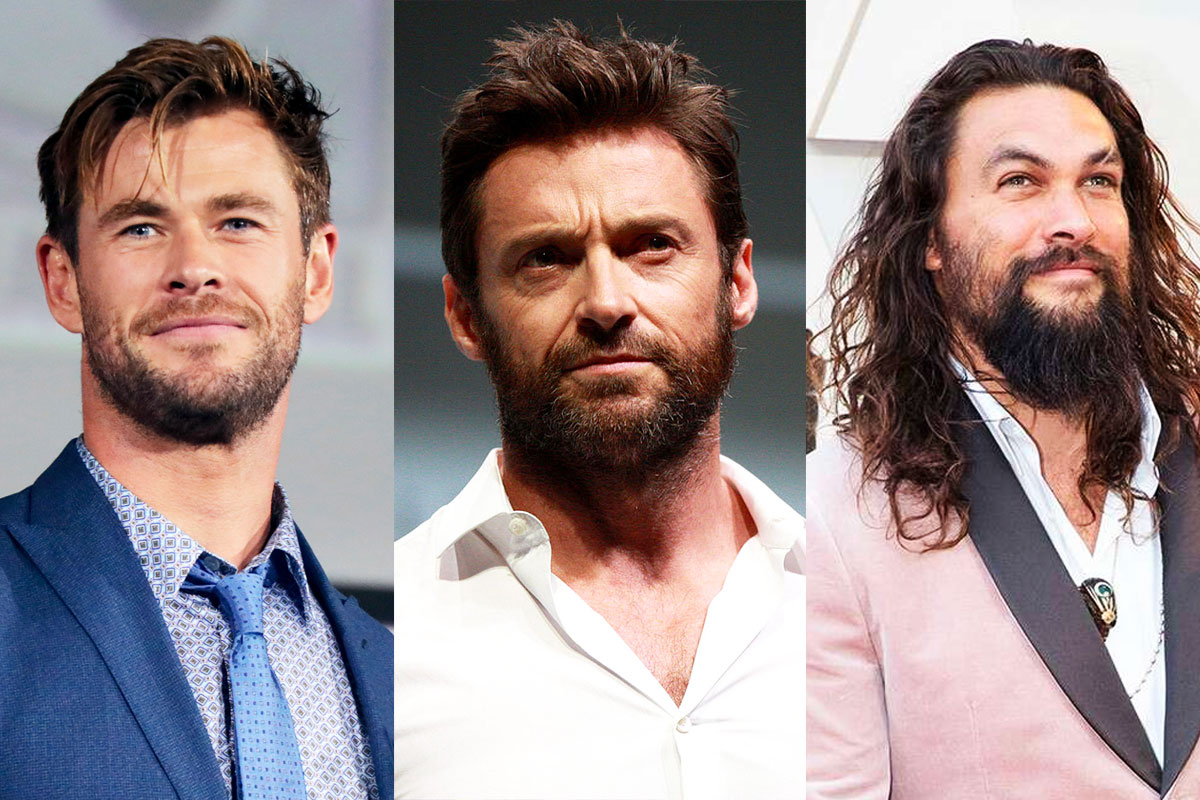 A beard could be considered as a signature of the maturity, but not everyone could pull off a beard. This list includes...

A beard could be considered as a signature of the maturity, but not everyone could pull off a beard. This list includes the top 11 Hollywood handsome actors with a beard. Maybe you might rethink about shaving after reading it.

The signature outlook of Jason Momoa couldn't be completed if there isn't any beard.

Chris Hemsworth looks already handsome on his bare look, but the beard does an excellent job on emphasizing the actor's appearance.

David's beard is a nice complement to his immaculately well-groomed look.

What a combo of a slicked back hair and tailored beard. Jake definitely looked more than gorgeous.

Mr. Wolverine is surely more manly and attractive when the actor grow a bit of hair on his gorgeous face.

George Clooney has his names in so much beauty charts, but it doesn't bother us at all. He has the vibe of a gentleman that could take off his coat for the girl if she's cold.

He's not only skillful at acting, sings like a true singer and has a brilliant minds, he also looks hot with beard.

Jason Statham was born to have a well-groomed look. His appearance could make the room explode once stepping in.

Let's be honest, Chris Evans always good whether he has a bit of hair on his handsome or not. But a beard did add some spice to his appearance.

Brad Pitt is such a long-term runner when speaking of the outlook ranking list. Mr. Pitt and a beard combined made up such a outstanding combo.

Daniel is always a solid nomination in terms of handsome actors with beard.

Tom Hardy off-beard is young and a bit playful but when he turns the "beard" mode on, the actor immediately switched to a grown-up gentleman kind of vibe. And we all live for.

Ben Affleck and a beard will makes you stop shaving right away because, just look at what a beard does to Ben!

Johnny Depp brought up the dangerous but exciting feelings that every young girl couldn't help but still go straight forward to.

Chris Pine is the definition of handsomeness got double when he went for a beard-look and a suit.