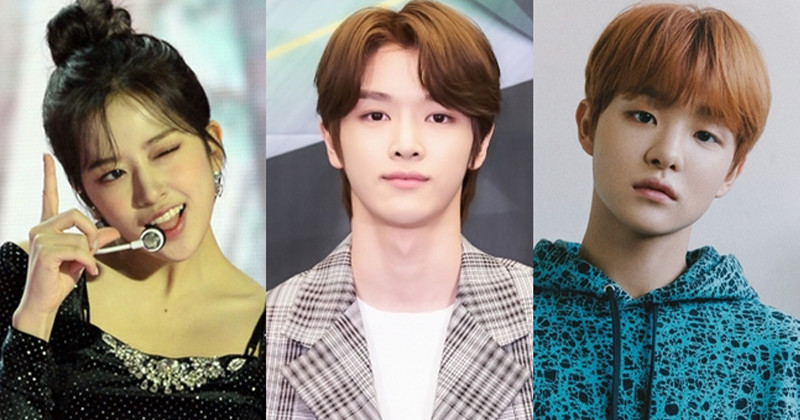 IZ*ONE Ahn Yujin, NCT Sungchan, and TREASURE Park Jihoon have been confirmed as the new MC trio of SBS' 'Inkigayo' starting this March.

On February 18, SBS announced that, "Ahn Yujin, Sungchan, and Jihoon will be the new MCs of 'Inkigayo'."

From March, Ahn Yoojin, Sungchan, and Jihoon will take the places of MONSTA X Minhyuk, April Naeun and NCT Jaehyun, who were called "MC Min Nahyun" when they were in charge and will step down after their last broadcast on February 28. The new trio, who boast distinctive speech skills and perfect visuals, are expected to lead 'Inkigayo' with their witty talk and fresh charm.

Ahn Yujin is a member of IZ*ONE, and is loved by domestic and foreign fans for her doll-like visuals and bright and lovely charm. Jihoon is the leader of rookie boy group TREASURE and is supported by global fans for his versatility in both dance and vocal skills. Sungchan joined NCT as a new member in October last year and has been active since 'NCT Resonance Part 1', drawing attention for his CG-like appearance and excellent skills.

The three will join the show as new MCs, starting this March. 'Inkigayo' airs every Sunday at 3:50 PM KST on SBS.