Which Songs of BTS and BLACKPINK Rosé Are in Billboard’s ‘50 Best Songs of 2021 So Far’? 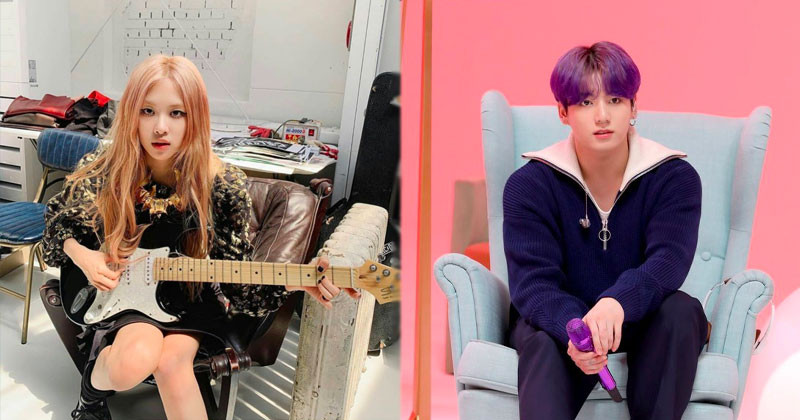 On Wednesday, Jun. 9, Billboard released their "50 Best Songs of 2021 So Far" list. Among the numerous artists, two K-pop acts stood out: BLACKPINK's Rosé and BTS!

BLACKPINK member Rosé's solo debut song, "On The Ground," ranked 39th on Billboard's list of 50 best songs released in 2021 so far. Billboard staff member Anna Chan praised the song, saying that if BLINKs could not get enough of BLACKPINK in late 2020, Rosé came ready to serve in early 2021.

She notes that it is easy to sing about romantic yearnings, especially during these difficult times, but Rosé chose to make her lead single empowering and thoughtful.

"On The Ground" talks about finding purpose within yourself. That sweet message paired with a hummable tune is, as Anna Chan said, perfect for dancing around in your living room or for jamming out in your shower!

"On The Ground" peaked at number 70 on the Billboard Hot 100, making it the highest-charting song by a female K-pop soloist in the United States.

"On The Ground" also debuted at the top of the Billboard Global 200 chart and on the Global Excl. U.S. Charts. Within the first week of the song's release, the track garnered 6.4 million streams and 7,500 digital sales in its first week.

Though the boys followed the same route they did with "Dynamite," "Butter" was praised for sounding even tighter than its predecessor. The song builds on the chorus and groove with late-appearing hooks that make the some more exciting and ensuring that everybody listening to the song has hit the dance floor!

While "Butter" may seem like too much of a good thing, it still manages to bring a smile.