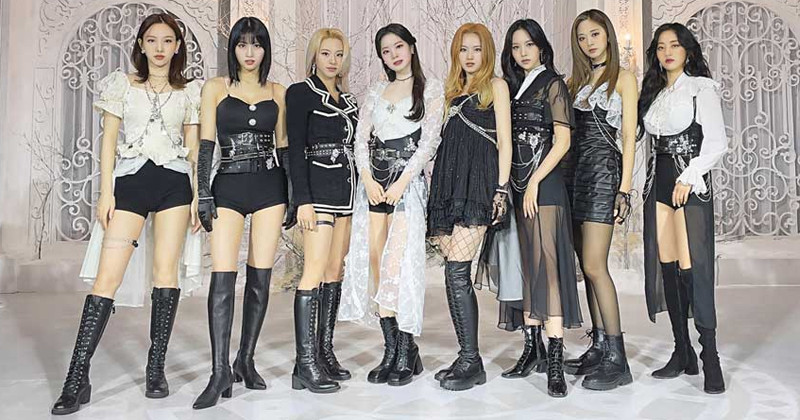 TWICE will make their first appearance on the famous American TV show 'The Kelly Clarkson Show' on April 27 and present a performance.

TWICE recently confirmed their appearance on NBC's talk show 'The Kelly Clarkson Show', which is scheduled to air at 2 PM (local time) on April 27. They will perform the song 'CRY FOR ME' at the show, which is expected to receive enthusiastic responses from fans at home and abroad.

'CRY FOR ME' was first released at the '2020 Mnet Asian Music Awards' held on December 6 last year and was officially released on the 18th of the same month.

The song ranked No. 1 on iTunes Song Chart and No. 2 on the Worldwide iTunes Song Chart in 20 regions, including Brazil, Indonesia and Thailand, and topped the U.S. Billboard World Digital Song Sales Chart on January 2. The song is created by world-renowned writers, including JYP Entertainment founder and legendary producer Park Jin Young and Grammy-winning rock band OneRepublic member Ryan Tedder.

Earlier, TWICE sang the song 'Depend On You' from their second full-length album on 'TIME100 Talks', which was broadcast online on January 29, and gave positive energy to worldwide fans. Now, in about three months, they've re-proven their status as one of the "K-Pop representative girl groups" by adding news of their appearance on a famous local TV show.

Along with domestic and international performances and appearances on overseas TV shows, TWICE is accelerating their popularity. Their new Japanese single, 'Kura Kura' will be released on May 12. The title song of the same name was written by JYP head and K-Pop top producer Park Jin Young. It is also said that they are preparing to release a new domestic album in June, drawing keen attention.