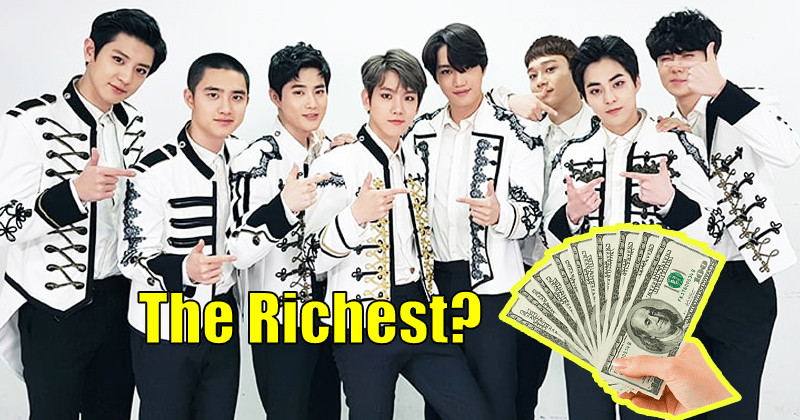 All of them are pretty big names in the industry.

K-Pop is a massive industry, and there are lots of groups that debut every year. But, not all of them are able to reach the heights of these 9 groups in generating revenue. All of them are high in reputation and make such huge amount of money to be announced as top 9 richest groups on this list.

Due to massive touring, they’ve been able to gain fans all over the world, building their international fanbase. That combined with strong album sales and endorsements makes them a group to take seriously in revenue.

Raking in endorsement deals left and right along with keeping overseas interest high has done them well financially. They are also one of the few Korean girl groups to consistently sell well domestically.

MAMAMOO is considered one of Korea’s top-selling girl groups when both digital and physical sales are combined. When you take into account their individual activities as well, from endorsements to solo projects, they’re bringing in the big bucks!

They’re a well-rounded group that manages touring, endorsements, and their focus in the Japanese market to make them succeed as well as they have. They recently became double-million sellers!

Their music sales are amazing and they do well touring as well. Their versatility for the Korean and Chinese markets has given them an upper-hand too. And we can’t forget each members’ successful solo debuts either.

They’re legends, especially in Japan where they’re able to make more money for less shows. And, Japan is the second biggest music industry after the US, so they’re doing pretty well for themselves despite not being as massive in Korea as they once were. They’re still Korea’s most popular idol group in Japan.

They’re the queens of K-Pop from touring to endorsements to sales. Although boy groups typically sell better than girl groups, TWICE is the exception to that rule.

BLACKPINK managed to do well for themselves with touring and their global focus. But now they’re also rising to the top of the sales charts, with their first full album selling over 1 million copies.

It’s pretty obvious why they’ve taken the top spot. BTS excel in every area from breaking music records, selling out endorsement deals, and locking down artist collaborations. They simply have it all. And we can’t forget about their stock in Big Hit Entertainment, which adds millions more to their net worth.