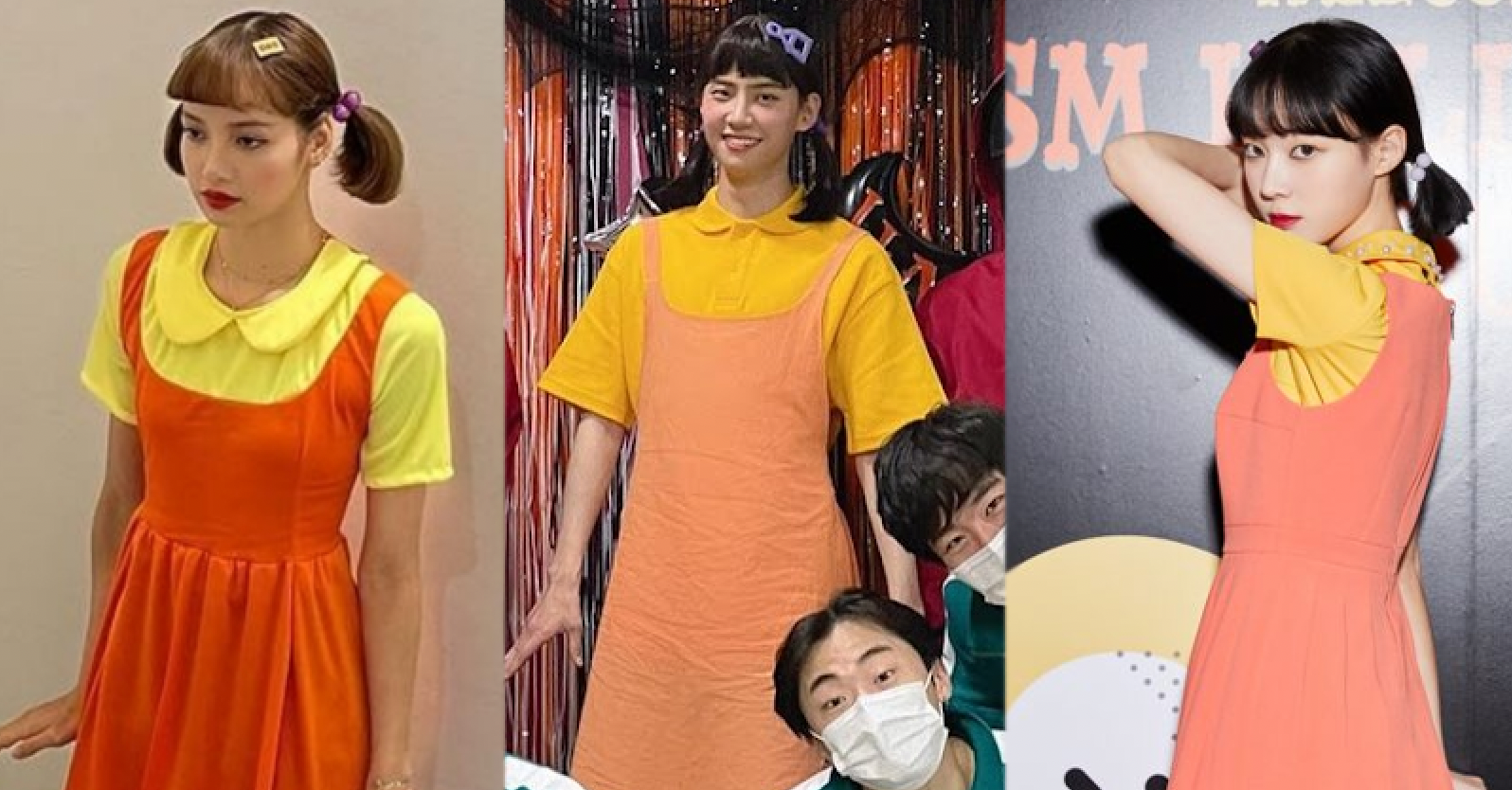 Who is the best?

When Halloween comes around, there is no denying that the K-Pop industry goes into overload. From SM Entertainment‘s Halloween Party to themed dance practices, each year, fans wait in anticipation to see what idols will be dressing up as!

Each year, a different craze takes over the holiday, and with its success, it seems like the Netflix series Squid Game was a huge inspiration for costumes this year. In particular, the outfit for the creepy doll Younghee!

With its recognizable and iconic colors and somewhat memorability from the creepiness, it is no surprise that a long list of K-Pop idols chose this look, and here is a look at five of them who served completely different vibes with the same costume!

The first idol who shone in the Younghee outfit was none other than BLACKPINK‘s Lisa. With her short hair and statement red lips, Lisa definitely brought a stylish twist to the look with her visuals, making a very scary costume seem gorgeous!

Aespa‘s Winter was the next idol to showcase her interpretation of Younghee and, like Lisa, exuded model vibes with her look. With added pearls on the collar, Winter no doubt made Younghee go from creepy to stunning with her own visuals.

However, Winter wasn’t the only idol who graced the SM Entertainment Halloween Party as Younghee. Super Junior‘s Shindong also chose the exact same costume but with a more comedic twist. With two masked men and Super Junior’s manager as the tree, Shindong definitely took the concept and ran with it.

Another male idol who shocked fans with his interpretation of Younghee was ONEUS‘s main vocalist Seoho. Over the years, he has been known for his amazing costumes, from Chucky, Elsa, and even as the iconic bag for his Pepe doll, 2021 was no exception. In the group’s Halloween video, Seoho sported the iconic uniform outfit, makeup, and hair to complete his look!

BLING BLING‘s Yubin also shined as Younghee this year for Halloween. With member Ayamy as the contestant, she definitely perfected her look with the bold expressions seen in the show.

The final idol who gained attention for his Younghee inspired Halloween look was UP10TION‘s Lee JinHyuk. With his crew dressing as the contestants and masked men, he stood out from the crowd with his look, even without the statement red lips.

With this year’s Halloween as iconic as any other, Squid Game left its mark on the groups. You can read more about K-Pop idols wearing the same Halloween outfits but with different vibes below.